With little going on for the next few weeks as we wait for pitchers and catchers to report, I'll be doing retro game recaps to keep myself busy. I'm starting with the 1975 Tigers.

They had an odd mix of players - aging familiar names who had won a World Series 7 years prior playing next to journeymen veterans and several never-gonna-be youngsters, led through the wilderness by the steady hand of The Major, Ralph Houk.

Like the 2003 Tigers, the 1975 team nearly set baseball history for all the wrong reasons. And, God forbid, I'm old enough to have watched them play. Bad as they were, and they were awful, the mid-70's Tigers were my team.

With the help of Baseball Reference, Google News archives and my own sometimes faulty memory, let's travel back a few decades to August 16th, 1975. Having lost 19 consecutive games, the last place in the East Detroit Tigers are in Anaheim to face the last place in the West California Angels in game 121 of the 1975 season. Time to relive (or for most of you, learn about) the pleasure and pain that was mid-70's Tigers baseball.

Ray Bare pitched the best game of his career, tossing 6 2/3 no-hit innings, ultimately allowing just 2 singles in an 8-0 shutout road victory over the California Angels. Bare's 7th victory of the season ended the Tigers losing steak at 19 games. Chuck Hockenbery, who will long be known as the man who finally lost to the woeful Tigers, pitched into the 6th for the Angels, falling to 0-3 on the season. Hockenberry allowed 4 runs, 3 earned, on 7 hits.

Bill Freehan led the Tigers' 16 hit attack with 4 hits and 3 RBI, including a double and triple. Danny Meyer chipped in with 3 hits, and Tom Veryzer added 2 hits and 3 RBI. The Angels' Dave Chalk broke up Bare's no-hitter with a 2 out single in the 7th.

Starting off the 2nd night of a long 12 game road trip with a bang, the Tigers would get all the runs they needed to stop the bleeding (after 19 consecutive losses, there's not much blood left) in top of the 1st.

After 2 were down, Meyer doubled to center. Willie Horton followed with a base on balls. Meyer would scramble home on Freehan's single to right. Jerry Remy's error on Ben Oglivie's ground ball allowed Horton to score all the way from 2nd, giving the Tigers a 2-0 lead.

For the next few innings the Tigers often moribund offense went into a shell, putting the burden of ending the losing streak on Bare. He was up to the challenge.

In the bottom of the 2nd, Freehan's 2 base throwing error on Dave Collin's chopper gave the Angels an early scoring threat. The speedy Collins advanced to 3rd on Bruce Bochte's ground ball, but was stranded as Bare got Chalk on a liner to Veryzer.

Bare walked the .163 hitting Mike Miley with 1 out in the 3rd, but he was quickly eliminated on a 6-3 double play ball off the bat of Morris Nettles.

The Tigers' porous defense continued to make Bare's life difficult. Adrian Garrett, the Angels' .203 hitting DH, reached when Meyer booted his ground ball with 2 out in the 4th. But Bare bore down and induced Collins to bounce into an inning ending 4-3 ground out.

Ron LeFore doubled to right with 2 down in the top of the 5th, but tried to stretch 2 bases into 3. A perfect relay throw from Remy nailed the fleet of foot LeFlore at 3rd, Chalk slapping on the tag. Not smart base running by LeFlore, typical of what we've seen from this team over the past 19 games. You can tell LeFlore is still learning the finer aspects of the game, for obvious reasons.

Bare shook off LeFlore's miscue, easily setting the Angels down in order in the 5th and 6th, the Angels beating his sinking fastball into the ground. The no-no was still in play.

Then something rare happened. The Tigers commenced to break the game wide open.

Freehan led off the 7th with a triple to deep center. Oglivie followed suit, doubling to deep center, Freehan strolling home to make it 3-0 Tigers. Wanting to end the farcical losing streak by forcing the issue, Ralph Houk surprisingly gave Oglivie the green light. He would steal 3rd for his 5th swipe of the season.

The aggressiveness would pay off, though it would take a few batters.

Oglivie had to hold at 3rd on Robert's 6-3 ground out. At that point, Angels skipper Dick Williams had seen enough of Hockenbery, pulling his starter for right-handed reliever Don Kirkwood. It looked like Williams' move was going to pay off when Kirkwood struck out the offensively challenged Aurelio Rodriguez. But the Tigers were not to be denied. Veryzer singled through the box, plating Oglivie to make it 4-0.

LeFlore followed with a single, Veryzer scooting to 3rd. But Kirkwood would pitch out of trouble on Gary Sutherland's inning ending bounce out.

The Tigers had given Bare a 4 run cushion. But the long inning may have affected the Tigers' starter, as he walked Mickey Rivers leading off the bottom of the 7th. Before the AL leader in stolen bases got a chance to test Freehan's arm, Garrett grounded into a 6-4 fielder's choice, forcing Rivers at 2nd. A trade off Bare was happy to make.

Not having to worry about Rivers running wild, Bare was able to concentrate on Collins, striking him out. There were 2 down, the no-hitter still alive.

But Bochte worked a walk, bringing up the Angels' All-Star 3rd baseman, Chalk. (Hey, someone had to make it)

Bare's shot at immortality sailed into left field on Chalk's no-doubt single, ending the no-hitter. Worse, the Tigers' lead was now at risk. The Angels had loaded the bases for light-hitting catcher Ellie Rodriguez. You had to believe this would be the final batter of the night for Bare if Rodriguez reached base.

But Bare shrugged off the disappointment of losing the no-hitter, Rodriguez struck out swinging. Bare may have lost the no-no, but still had a chance at his first career shutout.

With Kirkwood still on the mound, the Tigers tacked on 3 more runs to turn the game into a laffer. Meyer led off with a single, taking 2nd on Nettles error. He would score on Freehan's 3rd hit of the night, an RBI single. Wanting a left-lefty matchup, Williams called for the wily veteran reliever, Jim Brewer.

Both Oglivie and Rodriguez singled, loading the bases. Brewer was left in to face Veryzer, who rudely greeted him with a 2 RBI single. Freehan and Oglivie scored to give the Tigers a rare 7-0 lead.

Normally, I would say GAME OVER with a 7-run lead in the 8th against the cellar dwelling Angels. But the Tigers are even worse, so I'm not counting my White Owls before they're smoked.

Bare allowed a lead off single to Miley in the bottom of the 8th. No problem, Bare's sinking fastball was still making the Angels look like, well, Angels. Nettles ended any chance of the Angels kicking up their heels by grounding to Veryzer, who would turn the double play.

In the top of the 9th, Dick Lange became the 4th Angels pitcher of the night. He became the 4th to also allow a run, Freehan capping off his huge 4 hit night by doubling home Meyer, making the final score 8-0 Tigers.

Bare would nail down the shutout and end the looooong losing streak in style, setting the Angels down in order in the bottom of the 9th.

I remember what this was called....let me think...oh, yeah. A victory!

Game over, the 19 game losing streak is no more. The Tigers miraculously avoided joining the A's in the record books.

I'm more relieved than happy. One win does not forgive 19 freaking losses.

Ray Bare: The Tigers' 5th starter stepped up in a big way to end the streak. Too bad a no-hitter wasn't in the cards for the 26 year old righty.

Bill Freehan: The veteran backstop had been 2-13 over his past 5 games. Breaking out of his slump with 4 hits raised his average to .259 on the season.

Tom Veryzer: The young shortstop has struggled inn his first season as a starter, hitting only .233. He's shown signs of life over the past week, hitting .462 during a 4 game hitting steak. Unfortunately, Veryzer's OBP is still a God awful .277.

Danny Meyer: Playing 1st base tonight, Meyer's 3 hit game moved his average up to .267, the highest its been since early June.

Not tonight! The streak is over and infamy has been averted! May we never speak of these miserable 2 1/2 weeks ever again.

Willie Horton, by acclimation. The veteran DH was the Tigers' only bright sport with a pair of singles in an 8-0 shellacking by the Angels. 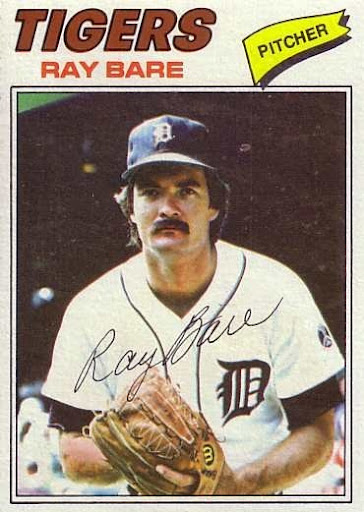