Austin Jackson had a rough ALDS, but his problems seem to be related to a minor hitch in his swing.

Ever since his excellent rookie season in 2010, Austin Jackson has been considered the catalyst of the Tigers offense. This assertion is far more than narrative at this point. In games that the Tigers have won over the past four years, Jackson has a .376 on-base percentage and .850 OPS. In losses, those figures drop to .300 and .637, respectively.

Considering those numbers, it's surprising that the Tigers were able to reach the ALCS. Jackson, as we all know, was awful at the plate in the five game series against the Oakland A's. He had two hits in 20 at-bats, along with a walk in Game 3. He also set the divisional series strikeout record, with 13 in just 21 plate appearances.

It's one thing to watch a defensive specialist do this at the bottom of the lineup -- Jose Iglesias was 1-for-12, for what it's worth -- but a .143 on-base percentage from your leadoff hitter can be crippling to a lineup as top-heavy as the Tigers'. Simply put, the Tigers aren't going to beat the Boston Red Sox if Austin Jackson doesn't start to hit better.

Prior to the 2012 season, Jackson got rid of the wonky leg kick in his swing, resulting in a sharp decrease in his strikeout rate and a career best .300/.377/.479 triple slash line with 16 home runs. His numbers dipped in 2013, partially due to an injury-riddled three week stretch in which he hit just .193/.264/.277. Overall, his .333 on-base percentage, .754 OPS, and .332 wOBA were solid contributions for a lineup that ranked second in baseball in runs scored. Additionally, Jackson's 21.0% strikeout rate was a career low.

So, what was the problem? Let's take a look at his at-bats from the divisional series.

Jackson led off the series with an opposite field double off Bartolo Colon, but the signs of a mis-timed swing were already starting to appear.

To compare, here are a couple singles that Jackson had off Colon back in April.

Next, here are a pair of swings from his first at-bat against Sonny Gray in Game 2.

And to cap off the GIF-athon, here's a double off tonight's starter, Jon Lester.

Notice anything? Thankfully, Jackson's footwork isn't his problem. He is getting his front foot back down with similar timing in all of the GIFs above. Instead, the problem is higher up the chain. Jackson's hips are flying open earlier than usual in his ALDS swings, resulting in his arms to lag behind slightly. 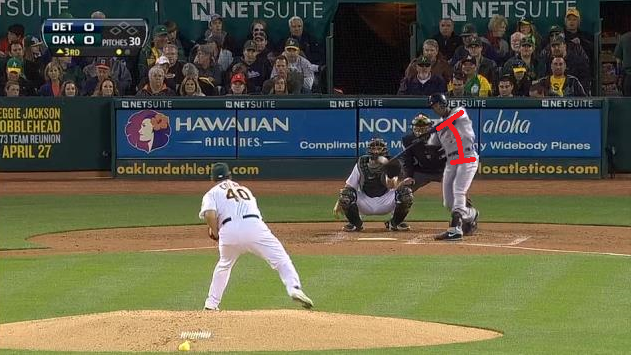 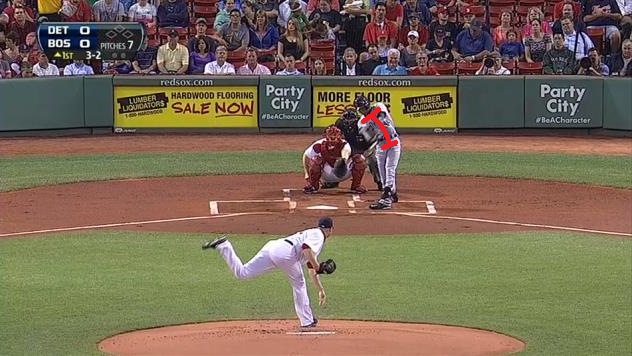 The images above are Jackson's contact point on one of his singles in the April matchup against Colon and the double off Lester in Septemer. Compare those to his contact point on the foul ball he lined to the backstop against Gray in Game 2, below. 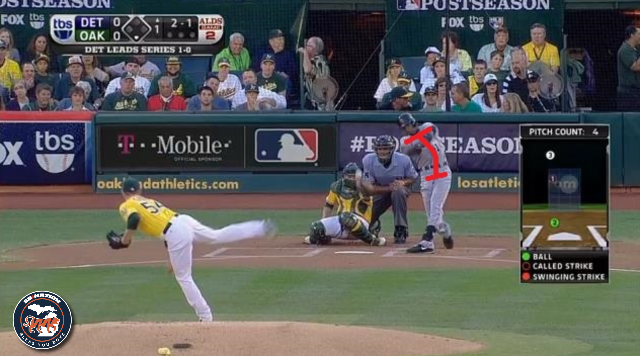 In the image from Game 2, Jackson's hips are wide open, compared to the April and September images where he is in better alignment at his contact point.

In case you still can't see the disconnect between his shoulders and hips, here's the same swing from above, but one frame earlier. Notice how his hips have started to rotate, but his shoulder have not. This lag causes Jackson to use his arms more during his swing, likely* resulting in lower bat speed and a slower swing. Hence, all the late swings and whiffs we saw during the series.

*There's no way for us mere mortals to prove that Jackson's bat speed was slower (robot wizard GWilson might be able to), but that hip rotation is crucial for the torque required to launch projectiles traveling in excess of 90 miles per hour back from whence they came. I'm all but certain his bat speed is down, but you never know. 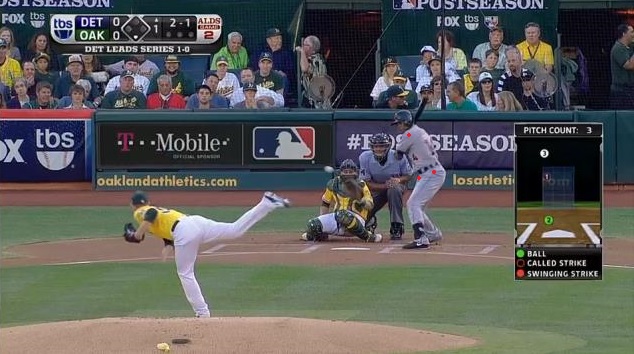 As small as it seems, this minor disconnect can have a major impact on a hitter's timing. Luckily, Jackson is still getting his front foot down in time, so this should theoretically be easier to fix than something footwork-related. If the Tigers can get Jackson straightened out in this series, they should be able to create more run-scoring opportunities than they had in the ALDS.