Once considered the heir apparent to Jim Leyland in Detroit, is Tom Brookens ready for the big job?

Tom Brookens was widely regarded as the eventual successor to Jim Leyland when he was given a job with the team, but Leyland's sudden retirement has some rethinking this strategy. How does Brookens compare to the former Tigers skipper?

Likelihood of bunting: 8 out of 10 LEYLANDS

Brookens had 59 career sacrifices in 12 seasons, which seems like 59 more than Al would like to see in his lifetime. Also, his tendency to send runners in poor situations from third base increases his likelihood of making bad decisions.

Bullpen management: 7 out of 10 LEYLANDS

Baseline 5; +1 for See above on bad decision making; +1 for LEELAND TAUGHT HIM HOW TO SCREW UP THE BULLPEN FIRE THEM BOTH; -1 for I feel dirty just for typing that last part; +1 for Despite not looking the part he's only 8 years younger than Leyland; -1 for Not a former catcher, we're doomed

Willingness to berate umpires: 6 out of 10 LEYLANDS

Brookens got ejected twice as a first base coach in 2012. For someone so "mild-mannered," as Mario puts it in the video, Brookens seems to have a bit of a fire in his belly. 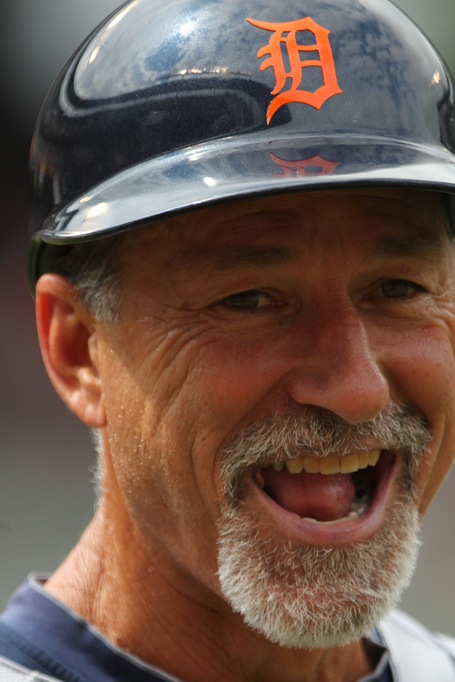 Mustache quality: 10 out of 10 LEYLANDS 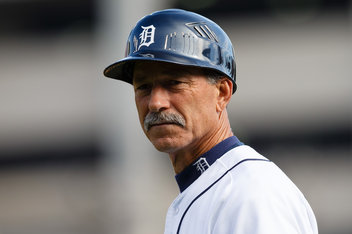 The mustache is a big plus, but Brookens scores highly in all areas on our patented LEYLAND measure.