Today's candidate is another individual that not many people would have guessed would be on the Tigers' radar last week: San Diego Padres bench coach Rick Renteria.

Likelihood of bunting: 2 out of 10 LEYLANDS

The San Diego Padres ranked 13th among National League teams in sacrifices from 2011 to 2013, Renteria's three years as their bench coach. Part of this could be due to the fact that they ranked 12th in on-base percentage and just never had anyone on base.

Bullpen management: 9 out of 10 LEYLANDS

This season, closer Huston Street was used for one four-out save. He was otherwise saved for the ninth inning and ninth inning alone. None of his other outings were more than an inning long and he pitched the last inning of the game in 52 of his 58 appearances.

Renteria didn't play any part in the scuffle, but he gets a few points by association. If you want to hear Renteria's reaction and you understand Spanish, click here.

I call this one "Jolly." 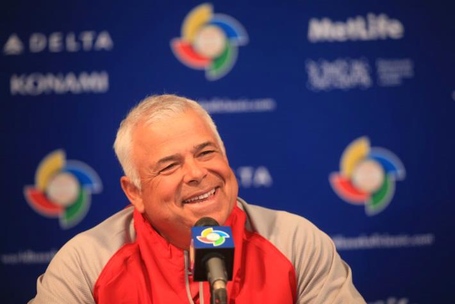 Two points were deducted because he shaved it. 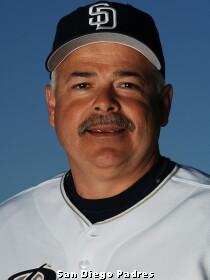 The most impressive resume we've seen from a newcomer so far, in no small part thanks to his association with Leyland-esque closer management in San Diego.

•News and humor in the Tigers’ managers search