The Tigers' superstar had yet another incredible season in 2013 and may take home his second consecutive Most Valuable Player award. 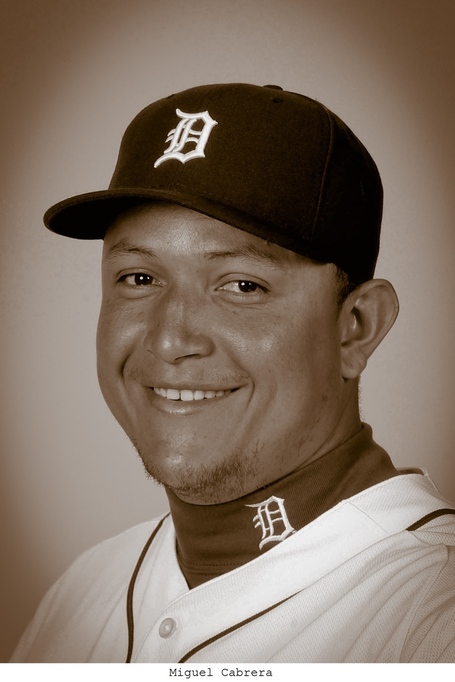 It takes a rare individual that can be the superstar athlete, well-rounded student, and class clown, but Miguel Cabrera fit that bill for the 2013 Detroit Tigers.

Challenging for the Triple Crown is starting to become a yearly tradition for Cabrera. He finished nine home runs and one RBI behind Baltimore's Chris Davis, but was only four homers behind the Orioles' slugger at the end of August. Cabrera was visibly hobbled by a groin injury throughout the rest of the season, hitting just .278/.395/.333 with one home run and seven RBI in September. The letdown was especially disappointing after a mammoth August in which he hit .356/.430/.733 with 11 homers and 31 RBI.

Voted "Most Likely to Succeed"

Despite the low September numbers, Cabrera's season was still special enough to warrant his second consecutive AL Most Outstanding Player and Player of the Year awards, both of which are voted upon by other MLB players. Cabrera is also a finalist for the American League MVP award, though it's anyone's guess as to who takes home the hardware. He will also be on the cover of MLB 14 The Show, which makes sense conidering he has been putting up video game numbers for the last decade.

One of the more memorable moments of Cabrera's season happened in early September. In an otherwise unremarkable Monday night showdown against the Chicago White Sox, Cabrera was ejected during his at-bat in the top of the first inning for arguing a check swing call with home plate umpire Brian Gorman. We're still not sure what exactly Cabrera said, but it had to have been pretty nasty for Gorman to toss him after just one more pitch.

"Nothing he does is a surprise, he's something special."

Jim Leyland dropped that nugget after a 4-3 extra innings loss to the New York Yankees on August 9th. In arguably the best at-bat of the 2013 MLB season, Cabrera and Yankees closer Mariano Rivera went toe-to-toe for six pitches in the top of the ninth inning. Cabrera launched pitch number seven over the center field wall to tie the game at 3.

Mario Impemba's "You want some of this? Come get some!" directly after the homer gets a nod as well, but Leyland's quote best summarizes how spectacular Cabrera was during the 2013 season.

A groin injury derailed the last month of Cabrera's regular season, one that could have seen him challenge for a second consecutive Triple Crown. Despite the late season power outage, Cabrera still came away with his third consecutive batting title and the highest OPS of his career. Whether or not he wins his second consecutive Most Valuable Player award, Cabrera graduates with honors from the 2013 season.