Max Scherzer is your AL Cy Young winner, the second Tiger to win the award over the past three seasons. Anibal Sanchez finished fourth in the voting.

Earlier this week, Jim Leyland mixed sports metaphors and said Detroit Tigers starting pitcher Max Scherzer winning the Cy Young was a "slam dunk." The dunk officially went through the hoop when Scherzer was named the winner of the 2013 American League Cy Young Award by the Baseball Writers Association of America. 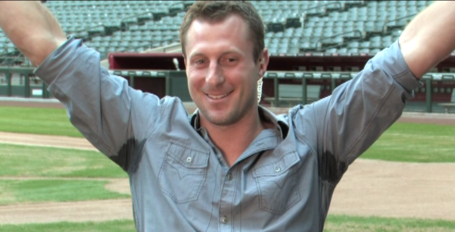 Scherzer was beyond thrilled to take home the hardware.

Ahhhhh!!! What a feeling!! Can't wait to get my hands on this trophy!!

Gotta say one more time, thanks to all my teammates for their hard work this year, with out them this might not happen. #detroittigers

Scherzer becomes the second Tiger to take home the Cy Young hardware in three seasons. Justin Verlander was the honoree in 2011. Other Tigers to win the Cy Young are Denny McClain in 1968 and 1969 and Willie Hernandez in 1984.

Scherzer was only pitcher in baseball this season to win more than 20 games, ending his marvelous year leading all of MLB with a 21-3 record. He led the majors in both wins and winning percentage (.875), topped the AL in WHIP (0.970) while finishing second in strikeouts (240) and quality starts (25).

Both Darvish and Iwakuma had big sophomore seasons, and made legitimate cases for the Cy Young. Darvish wrapped up 2013 with a 13-9 record and 2.83 ERA, leading all of baseball with 277 strikeouts and 11.890 strikeouts per nine innings. Iwakuma was 14-6 with a 2.66 ERA for the under .500 Mariners, leading all AL pitchers in bWAR at 7.0.

The Cy Young caps off a busy awards season for the 29-year-old right-hander. Along with being named starter in the 2013 All-Star Game, Scherzer also took top honors from the Sporting News as their Pitcher of the Year and via a vote of his peers was named AL Outstanding Pitcher in the MLB Player's Choice Awards. But none of the awards earned by Scherzer this season come close in prestige to the Cy Young.

In the National League, the Los Angeles Dodgers Clayton Kershaw earned 29 of 30 first place votes to win his second Cy Young in three seasons. Adam Wainwright of the St. Louis Cardinals was a distant second, while NL Rookie of the Year Jose Fernandez of the Miami Marlins placed third in the balloting.

Awards season for MLB and the BBWAA winds to a close on Thursday with the announcement of Most Valuable Player at 6 PM on the MLB Network.