Sanchez signed a five year, $80 million extension with the Tigers last offseason. It paid off in a big way in 2013. 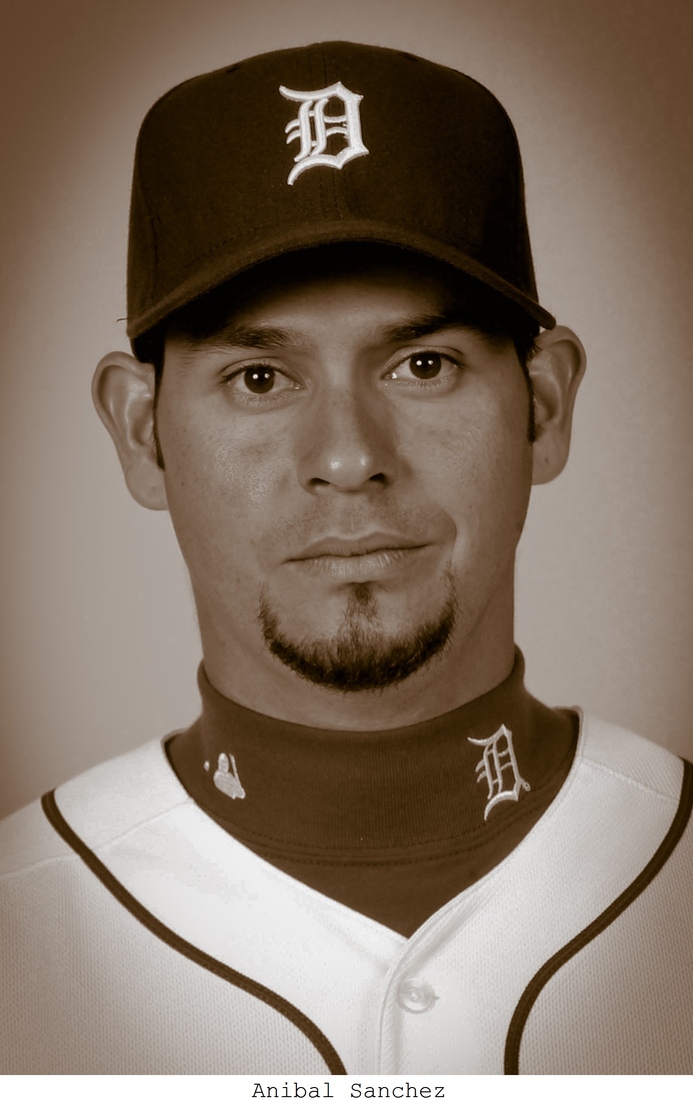 Let's face it: you know life is good when your third best starting pitcher wins an ERA title and no one bats an eye. Such was life for the Tigers and Anibal Sanchez in 2013.

How good was Sanchez in 2013? He missed nearly a full month on the disabled list and still finished fourth in the Cy Young voting, ahead of 200-inning club members Chris Sale, Felix Hernandez, and James Shields. He won his first ERA title, and posted an AL-best 2.39 FIP. His 27.1% strikeout rate was third-best in the league, just behind strikeout king Yu Darvish and Cy Young winner Max Scherzer.

When the Tigers acquired Sanchez, he was a decent mid-rotation starter coming off a lackluster first half. In seven years with the Marlins, he had a 3.75 ERA, 1.35 WHIP, and 2.22 strikeout-to-walk ratio. Since donning a Tigers uniform, Sanchez has a 2.91 ERA, 1.19 WHIP, and 3.75 strikeout-to-walk ratio. His peripherals had been trending in the right direction -- he posted consecutive FIPs of 3.32 and 3.35 in 2010 and 2011, respectively -- but not many people expected him to win an ERA title while striking out nearly 10 batters per nine innings in 2013.

"I prefer getting some zeros."

Sanchez was pleased with his 17 strikeout outing against the Atlanta Braves, but he also had the bigger picture in mind. He backed up his talk, putting together seven scoreless outings in 32 regular season and postseason starts. This includes a 12 strikeout, zero hit performance against the Boston Red Sox in Game 1 of the ALCS.

While some might consider his entire 2013 season a masterpiece, Sanchez certainly had a flair for spectacular outings. In April, he dominated the Atlanta Braves, setting the Tigers franchise single-game record with 17 strikeouts.

Four weeks later, he took a no-hitter into the ninth inning against the Minnesota Twins. Joe Mauer singled off Sanchez to end the threat of a no-no, but Sanchez was still able to close out the one-hitter.

As Rod Allen would say, Sanchez was absolutely "off the chain" this season. With Justin Verlander struggling at times, Sanchez filled the void in remarkable fashion and was a big reason why this rotation was so dominant. It's tough to say whether his newfound strikeout touch and command are here to stay -- his 3.74 strikeout-to-walk ratio was the highest of his career -- but anything close to a repeat performance in 2014 should be plenty for the Tigers.