To cap off his Player's Choice Awards honors, it was announced Miguel Cabrera will grace the cover of MLB 14 The Show.

Share All sharing options for: Miguel Cabrera earns cover of MLB 14 The Show

Player of the Year and AL Most Outstanding Player weren't the only honors Miguel Cabrera earned from his fellow players during the 2013 MLB Player's Choice Awards.

Cabrera was also named the cover athlete for MLB 14 The Show, set to be released in Spring of 2014 on the PS4, PS3 and PS Vita. In the eyes of many, earning the cover spot on one of MLB's premier video games was the biggest award Cabrera won tonight. 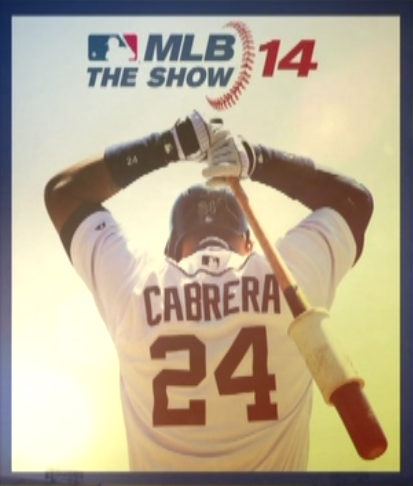 Via the Official Playstation Blog:

Our cover athlete was chosen by his fellow players, by the opponents who compete against him day in and day out. Every player in the big leagues had the opportunity to nominate one player for this year’s cover, and earlier tonight at the 2013 Player’s Choice Awards on the MLB Network, the winner was revealed. We’re proud to announce that eight-time All-Star, 2012 American League Most Valuable Player, 2012 American League Triple-Crown Award winner, two-time Sporting News Player of the Year (2012, 2013), and the two-time Hank Aaron Award winner (2012, 2013), Detroit Tigers third baseman, Miguel Cabrera, will grace the cover of MLB 14 The Show.