Doug Fister trade: Searching for why it makes sense

It was easy for everyone to reject the trade right from the start; but let's try to think through why the Tigers believe this makes sense.

Share All sharing options for: Doug Fister trade: Searching for why it makes sense

Doug Fister was traded to the Washington Nationals for a utility player (Steve Lombardozzi), a left-handed reliever with a bit of major league experience (Ian Krol) and a left-handed starter (Robbie Ray). This we know. All that you read on Twitter, Facebook, message boards, here, everywhere else; all that you hear around the office, the bar, the radio; all that you think and I think and everyone else thinks should be considered nothing more than speculation. I think at some level we all realize that, but it bears repeating that the trade is a snapshot in a collage.

When the deal was announced and even since that point, we've almost universally been scratching our heads in wonder. National writers don't think this makes sense. Local writers aren't quite sure either. And fans most definitely do not think this makes sense. When a transaction made by a general manager known for shrewd moves who has proven both in Detroit and before he arrived that he is a winner appears to make no sense at all, you can look at it two ways: WHAT THE HELL IS DOMBROWSKI THINKING?!?!?!  or "Just what is Dombrowski thinking?" The first question doesn't get us anywhere but that's the one people have been answering.

If we can try to look at this move from a different angle and think along with him, maybe we can make some sense of a deal that on its face doesn't make a lot of it. Because to Dombrowski, this move makes perfect sense and fits into a plan -- or he wouldn't have done it. And because Dombrowski has proven himself, we have to believe a solid plan exists if we chisel away to find it.

Many people want to look at 2014 in a vacuum. The Tigers have a chance to win the World Series. They have a great rotation, a better defense and a more dynamic lineup. That, of course, was part of the plan that also involved bringing in a new manager and adding a "defensive coordinator" to the staff as well as trading the large contract of Prince Fielder. This is a Tigers club that could have entered 2014 looking much the same and with the same high expectations that instead decided to try a new strategy after falling short the past three years. I don't think for a second that decision was made without a thought process. Like we saw a few years ago, the Tigers are retooling for the future. Rebuilding is not allowed for this franchise in this era, so changing on the fly is how they have to do things.

You could make an argument, and I did, that trading Doug Fister could help the Tigers by exchanging his value for lower-priced pieces that would help keep the contention window open longer. Some may object to breaking up the top four in the Tigers' rotation, but when building a team that can contend year after year, which to me is more important than taking one shot and hoping the baseball gods and the variation of statistics don't ruin it, trading Fister would make sense. The proper play is to keep the window open longer, giving more chances to get hot during the playoffs, giving fans reason to attend games and spend money and watch television, and hopefully keeping the players excited and the team a destination for free agents. 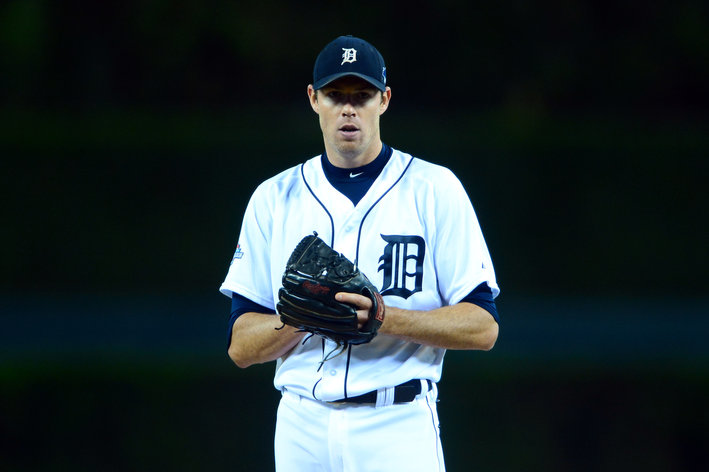 Here's what Dombrowski had to say last night (borrowing quotes from the teleconference via Beck's Blog):

"We're not cutting payroll. We have a very, very hefty payroll. It's one of the highest in baseball and it's going to continue to be that way."

"We have depleted our starting pitcher [depth] because we made some deals at the upper levels. You look at some arms that we've moved and again you can't have everything. We have depleted ourselves in that regard and we don't feel we have anybody knocking on the door other than Smyly. We did address that ourselves internally by drafting a lot of starting pitchers in the draft and a lot of college pitchers who we feel can move quickly."

"We felt it was important to get a guy who was knocking on our door to pitch at the big league level. We think this guy's a premium young left-handed pitcher on the verge of pitching in the big leagues, and they're not easy to find."

It's not hard to see why, then, what went on. Robbie Ray was the player Dombrowski wanted, and he believes a rotation that features Justin Verlander, Anibal Sanchez, Drew Smyly and Robbie Ray is going to be pretty formidable while also being affordable. The fifth starter is still up in the air, and I do not think for a moment this signals a long-term commitment to Max Scherzer. In fact, I believe it may signal just the opposite, a 2015 rotation of Verlander, Sanchez, Smyly, Porcello and Ray.

Smyly, meanwhile, has been worthy of a rotation spot his entire major league career. He's not just filler here. He struck out nearly a batter per inning as a starter in 2012 and out of the bullpen in 2013 increased his strikeout rate while cutting his walks. Obviously you expect that a bit in moving from a starting spot to the bullpen. Fister has obviously been a successful major league starter, who showed improvement every year, but any belief the Tigers will suffer a large drop in production are likely mistaken. (Fears of the increase in innings for Smyly should be considered real.) It would be hard to put a figure to it, as Smyly came out of the pen in 2012 so his FIP of 2.31 would be unrealistic to expect. But it's not hard to picture his improvement from 3.83 in 2012 would be close to Fister's 3.26 in 2013. 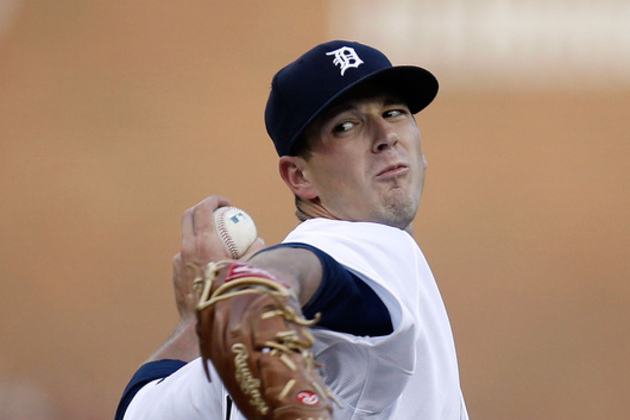 Ray may not have ranked as highly to some prospect watchers -- a rough 2012 hurt him but a re-emergence in 2013 had Baseball America ranking him No. 5 in the Nationals organization -- but he does profile as a Dombrowski pitcher, namely that he's a hard thrower (with a fastball in the upper 90s) who struck out more than a batter per inning at every minor league stop outside of 2012 and who is bringing his walks under control. Left-handers in the rotation aren't necessarily a requirement, but giving Smyly into it in 2014 and adding Ray in 2015 would give the team different looks. Most of the projections for Ray has been that of an eventually No. 3 starter. Dombrowski sees what he likes and values it as he values it. That's why he made the deal.

To hit a point, that the Tigers didn't get enough return for Ray, I think again that's in the eye of the beholder. Dombrowski made the phone calls, talked to the general managers, and developed through that what Fister's value was. It's quite possible other GMs were not willing to pay what the editorialati felt like Fister should be worth. I find it hard to believe a GM known for his trades should suddenly find himself outfoxed. Knowing more than we know, he made the move that he felt fit his plan best. While it's possible the Tigers could have got a prospect higher ranked by prospect pushers, a GM known for finding pitchers likely found Ray preferable.

Finally, if you add in the bigger picture, that the Tigers have worked to improve their infield defense since the midway point of 2013 and at worst it should be average, then you have reason to believe Rick Porcello's ERA may finally arrive nearer the steadily decreasing FIP (3.51 in 2013)  that generally has people predicting a breakout year. In other words, it is realistic to expect that top to bottom the Tigers' rotation may not miss a beat, this while shoring up the future at a lower price and allowing Dombrowski to sink more money into the bullpen or left field.

Was it about the money? Yes and no. Yes, the Tigers saved money, but no, they weren't cutting payroll. Just re-appropriating some both in 2014 and beyond.

Will it all work out like it's been drawn up? That remains to be seen. But it doesn't take a large effort to see why the trade makes sense in the bigger picture.