First, a quick thought on the piece by Phil Coke's Brain: I am a huge fan of stadia and arenas embracing the fact that fans want more choices at the game than Macrobrew and Macrobrew Light. Whenever I go to a game, I do my best to seek out craft beer, and I get disappointed that only fans in the club levels have access to the good stuff. The fact that more teams/stadia are doing this indicate that not only are they listening to their fans, but that the current "craft beer movement" is here to stay.

Now, onto the next series.

Oakland once again are funding their team by rummaging through the couch cushions and looking under the passenger seat to scrape together payroll. Apparently the budget cuts were already felt in the locker room because they clearly can't afford razor blades. Like any club that is struggling to pay the bills, promotions are a key part of the calendar. However, the A's are doing something right. Between the mini bat giveaways and fireworks shows is quite possibly the coolest promo that any team has on the calendar: Beerfest.

Essentially, you show up two hours before the game, show your game ticket (it's free with ticket purchase), and enjoy beers from 30ish local breweries with food and music. Oh, and you get to go see a Major League Ba...oh, they, play the Mariners this year? Well...maybe King Felix will pitch.

The Bay Area features a lot of great breweries, making this decision difficult. I'll include a couple other recommendations from the area at the bottom of this post, but my personal favorite from the area is Anchor Steam Beer. 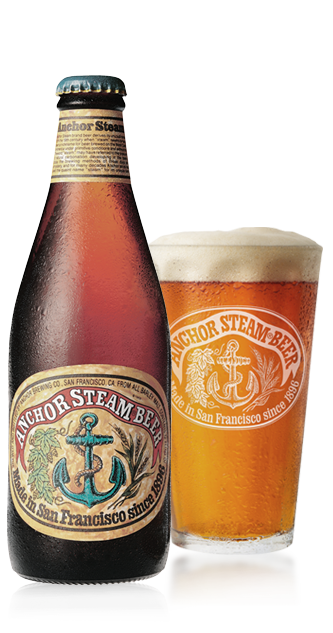 Anchor Steam Beer is a rather unique beer. The story goes that, instead of cold fermenting (the process done with lagers) with ice or refrigeration, Anchor Brewing Company just put the pots of beer on the roof and let the Bay Area night air cool the beer. The warm pot mixed with the cool air to cause the beer to "steam," giving the beer its unique name. In fact, the description for a California Common (its official style for judging purposes) is basically "whatever Anchor Steam is, that's what we're looking for." This beer is a little more popular and widely available, so it should be easy to get in the midwest as you turn on the Philco to listen to Dan and Jim's dulcet tones. While drinking Anchor Steam, you will notice a wide range of flavors from orange peel to hoppy mustiness to a great smooth malt finish making it the rare beer that has a strong hop flavor but a crisp, clean aftertaste. If you want a substantial flavorful beer that pairs well with pizza and pasta, this is it, and at only 4.9% ABV and 37 IBU, it's a beer you can have three or four of while you enjoy Justin Verlander mowing down the A's lineup.

Anchor Brewing Company is located just across the bay from Oakland in San Francisco, CA.

A few other great NorCal brews: