This season Prince Fielder has scary good, while the Tigers' bullpen has been just scary. Nothing changed during a 7-3 win over the A's.

There was a fair amount of "Prince Fielder for MVP" talk in the media this past offseason. He's making those writers look awfully smart after his smoking-hot start to the 2013 season.

Cecil's son is in midst of an eight-game hitting streak, has driven in runs in eight of the Tigers' 11 games, and has moved into second overall in all of baseball with 18 RBI.

Fielder has been crazy good in the first two games with the A's: six hits in eight at-bats, two home runs, a double, four RBI, two runs scored and just plain menacing every pitcher he's faced, be they right- or left-handed. He's been an equal opportunity basher.

Fielder is showing he can put the Tigers' offense on his brawny shoulders and run (literally and figuratively) with it.

One the flip side, the bullpen has done little to inspire any confidence, even on a day where they held the A's at bay. Al Alburquerque, Phil Coke and Joaquin Benoit combined to allow four hits, three walks, two runs, and a bases-loaded situation over three innings. Talk about a white-knuckle, E-ticket ride.

To their credit (and also due to their lack of command) seven strikeouts helped the trio get out the jams they created. Yes, they held on for the win, but made the late innings far more stressful than you would expect when given a six-run lead.

Overall, even taking small sample size into it, there are some scary numbers in the Tigers' bullpen.

Brayan Villarreal's ERA is an almost unfathomable 48.60. Coke is at 8.10 (after entering the game at 10.13). Octavio Dotel and Alburquerque sit at a mediocre 4.50. The lowest ERA in the bullpen is Darin Downs at 2.35. Despite his excellent spring, I doubt anyone expected the left-handed Downs to be one of the most dependable arms available out of the pen.

Something needs to change in the pen, but any improvement is going to have to come from within. No one is seriously expecting a cavalry of Bruce Rondon and Jose Valverde to ride to the rescue.

Bullpens are mercurial. Bullpens blow hot and cold. Bullpens by committee can be even more so. This particular committee is going to give me an ulcer by June if Jim Leyland and Dave Dombrowski can't get it sorted out.

A's fans scream at top volume on medium-depth fly balls, routine ground balls, umpires calling for time. They scream/bang cow bells/bang drums/scream at top volume whenever anything happens on the field, deserving of such a response or (usually) not. It's an exhausting experience watching Tigers games televised from the O.co.

A's fans are called out on Twitter by Baroque.

@bigalbyb so Oakland fans are basically the same as dogs that bark at leaves moving in the wind. Hee hee.

Yep, they are almost as obnoxious as the guy who keeps yelling "Redonkulous!" at The Masters.

Captain Caveman or Joe Buck? You make the call! 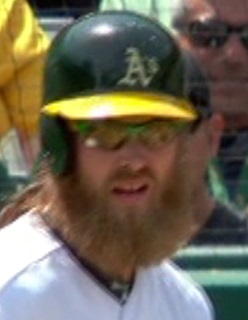 Torii Hunter's hitting streak reached eight games on the third-inning home run which landed somewhere on the other side of Silicon Valley. Career home run 298 was his first in a Tigers uniform. 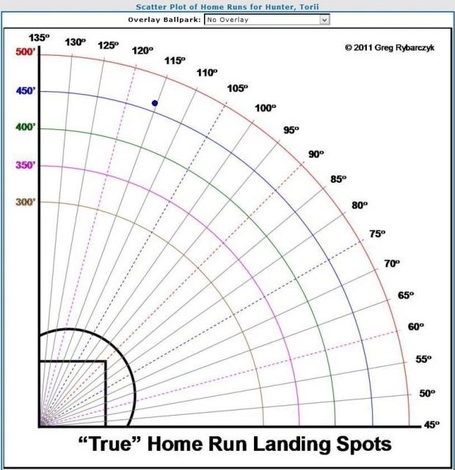 Rogo tweeted what we're all thinking in regard to Hunter:

I'm so used to cursing after Torii Hunter homers. Strange to cheer them now. But oddly pleasant.

How big is foul territory at the O.co? BYB commenters make a few guesses:

That foul area is so huge...

Justin Verlander and Brayan Pena were not at all in sync during Eric Sogard's fourth inning at bat with a runner in scoring position. Twice during the at bat, Verlander and Pena met at the mound to discuss how to pitch to the A's second baseman. Whatever they decided, it worked. Verlander struck Sogard out, ultimately getting out of the inning unscathed.

In the race for Most Valuable Brayan, Rogo has made the call.

Pena for MVB. Most Valuable Brayan.

Fans weren't at all happy with Al Alburquerque (or the bullpen in general) after his adventurous seventh.

Alburquerque's been living dangerously for most of the season and he finally paid for it. Another mechanical issue? #takeanumber

Yeah Alburquerque is so much better than Villarreal

AlAl can't even find the plate. Pena looks like me playing catch with my 3 year old cousin. #Tigers

While Alburquerque was struggling mightily, Rick Porcello was warming up in the pen. Yes, the same Porcello. With an odd amount of off days early in the season, Porcello is working out of the pen on a temporary basis.

A's frustration boiled over in the eighth, when Brandon Moss argued with home plate ump Andy Fletcher after being punched out on a borderline pitch. Rushing out of the dugout to protect his player, A's manager Bob Melvin was summarily tossed.

You can thank Jhonny Peralta for sending the graph deep into the Tigers' side and giving the bullpen a cushion.

Torii Hunter: Just 1-5, but was robbed of a hit in the first on a great catch by Andy Parrino. His home run was epically long, a shot you would normally expect to see from Fielder or Cabrera.

Jhonny Peralta: His home run gave the Tigers breathing room that the bullpen looked like they would need.

Brayan Pena: 2-3 with a double, RBI and run scored.

Al Alburquerque: Has not pitched nearly as well as the 0.00 ERA he carried into the game.
Both his ERA (4.50) and WHIP (2.25) rose considerably in a 2/3 of an inning, two runs allowed appearance.

The bullpen as a whole: That was one of the more stressful 7-1 leads I've ever sat through.

GAME TEN PLAYER OF THE GAME:

Max Scherzer's six innings of one-run ball was narrowly deemed more worthy than Prince Fielder accounting for all Tigers' with four hits and a three-run bomb, 51% to 45%.