I am quite pleased that Detroit won the lottery by playing all their West Coast games in the first month of the season. The rest of the season features games only in the Eastern and Central Time Zones. I really like the fact that it means we won't have the late-season trip to Oakland when we're trying to fend off a frisky Indians team in September and we complain about the fact that they seem to have a five-week homestand. Unfortunately, it means we knock out some of the best beer in the country right off the bat.

The Pacific Northwest is one of the hotbeds of microbrew production in the country. While Oregon gets the lions share of the credit for breweries like Rogue and Widmer, Washington -- especially the Seattle area -- still has a broad reach. The best known of these breweries is probably Redhook, most notably for the ESB that is readily available in the Midwest, but possibly the most unique of these beers (and my personal favorite) is an homage to the depressing weather of the area, the Sunthief Kristallweizen by Black Raven Brewing Company. 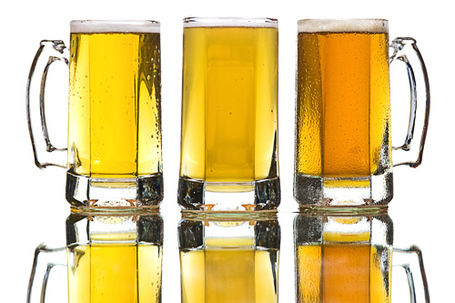 The Kristallweizen is a rare beer in the United States. Most Americans are probably familiar with the hefeweizen, a German style traditionally garnished with a lemon in which the yeast is unfiltered in suspension with the rest of the beer, providing a cloudy appearance. A kristallweizen is, instead, filtered at the end of the brewing process, providing a clear, clean appearance. The flavors are still just as complex, however, running the gamut of clove, banana, and a subtle hint of honey to cleanse the palate. At only 4.8% ABV and 14 IBU, this is an easy drinking session beer with plenty of flavor that will work nicely with seafood or a spicy Mexican dish. Unfortunately, this beer is a bit difficult to find in the Midwest, but you can luck out at some higher-end liquor stores. If anyone has any success, please post it in the comments.

Black Raven Brewing Company and their entire line of Edgar Allan Poe-themed beers is based in Redmond, WA.