Quick thoughts: It was as if Jose Valverde never left

Papa Grande passed his first test as the Tigers' reinstated closer. There will be more.

Share All sharing options for: Quick thoughts: It was as if Jose Valverde never left

But the next test will be when he has to face adversity, such as blowing a save. Which will happen.

How Valverde reacts to adversity, and more importantly, how his fastball and splitter react, will show if Valverde is truly back or just a one-game wonder.

But for one night, it was just like old times. The shell of a closer we saw in the postseason was gone. The uber-confident closer named Papa Grande was back.

Valverde wasn't super-efficient, needing 18 pitches to end the game. But that's typical; he has never been an efficient closer. Papa Grande even had his typical scare, going to a 3-2 count on noted Tiger Killer Billy Butler before he sent a Valverde fastball toward left field, which for a split second, looked gone.

That would have been the worst-case scenario. It would have gotten ugly at Comerica, quickly. The baseball media would have piled on quicker than a Justin Verlander fastball. The fan base would have screamed, "WE TOLD YOU SO!" Sports talk radio hosts would start sharpening their knives, ready to shred Valverde and the Tigers.

But the ball wasn't gone, just short of the warning track. Which, again, is typical Valverde. Those who ridiculed the Tigers for the Valverde experiment were forced to put away their insults, at least for one night.

To his credit, Papa Grande was able to finish off the Royals without his signature splitter, which he couldn't throw. Why?

Jose Valverde on the cold and his pitch selection: "I'd like to see you try to throw a split finger in that." Laughs.

Alex Gordon robbed Austin Jackson of extra bases in the first with a leaping catch just short of the warning track in left. It ultimately saved a run, as Miguel Cabrera's single would have easily scored Jackson.

It's chilly in southeast Michigan tonight, high 30s at game time. But going by Eric Hosmer's get up, the Royals are playing somewhere in the Arctic. 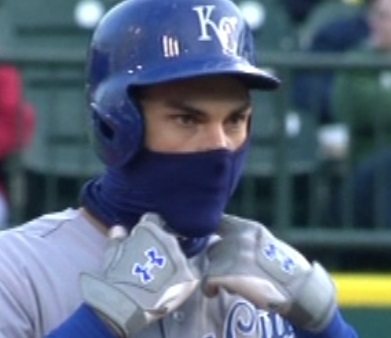 The Royals are in town? Expect a Bruce "Cy" Chen reference.

Unfortunately, the aborted play at the plate shows Victor Martinez is no longer capable of moves like this.

Scherzer entered the fifth at a comfortable 55 pitches. It skyrocketed to 94 after needing 39 pitches to get out of the inning, ending his night prematurely.

We know you make up stats, Kurt. But Rod Allen doesn't.

Now Rod is going to think I made up BABIP too

If anyone is upset over Kurt's made up stat, it's Martinez. He hit the ball in every at-bat, but only had two hits to show for it.

Can someone please forward the following tweet to the Tigers' clubhouse before tomorrow's game? Thank you.

Pretty sure "slider in the dirt" is the only pitch that Mendoza throws. Stop fucking swinging at it.

Jhonny Peralta did not have one of his better defensive games. In addition to being involved in the oddball fifth-inning infield single, Fielder had to bail him out in the sixth. On what should have been a tailor-made 6-3 ground ball, Fielder had to leap and make a sweep tag of the runner when Peralta's throw sailed high.

Via Rod and Mario we learned Tiger Killer Billy Butler has his own BBQ sauce. Apparently, this is it: 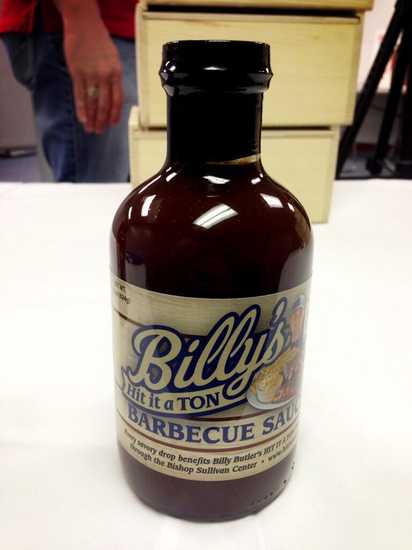 In honor of Boston, "Sweet Caroline" was played at Comerica Park during the seventh-inning stretch. Cool.

Some things change, such as Valverde losing the goggles and 15 pounds, or adding a weird design to his goatee. But some things never change, like Valverde's entrance from the bullpen. (GIF via @WolrdOfIsaac)

MLive Commenter has a moment of clarity.

TRADE VALVERDE NOW WHILE HE'S GOT A TON OF VALUE.

If the happiest man in Detroit tonight isn't Valverde, it's definitely his manager.

Leyland on 'pen: "We’ve got some flexibility down there now, and if this works out with Papa Grande, that would be music to everyone’s ears"

Jose Valverde: Papa Grande is 1-for-1 in save opportunities!

Victor Martinez: Stung the ball all evening even though he had just a pair of hits to show for it, added two RBIs and learned a valuable lesson about his third base coach.

Omar Infante: Had a huge game with the bat (three hits, RBI) and was solid with the glove. Nice to have a legit second baseman, isn't it?

Joaquin Benoit: Set up Valverde's save perfectly; all four Royals he faced went down in order.

Austin Jackson: Slumping badly, Jackson was 0-for-5 with two strikeouts. He hasn't had a hit since the second game of the Mariners series. It's not a coincidence the Tigers' offense went into a funk the same time as Jackson.

Andy Dirks: Slumping horribly, Dirk's average dropped to .167 after another hitless night. Have to wonder how long the Tigers will wait before making some sort of change in left field.

Max Scherzer's fifth inning: Something had to be bothering Scherzer in the fifth, needing a crazy number of pitches to get through the inning and qualify for the win. I blame the weather.

GAME 18 PLAYER OF THE GAME: