Share All sharing options for: Joe Buck's beard is lacking 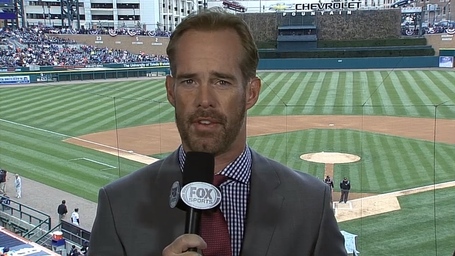 Joe Buck looks like he was pulled off the street. Oh, and he also has a beard today.

Not surprised someone like him can't grow a beard

But you aren't a pretentious schmuck Who’s success is entirely because of his father’s name.

We're an equal opportunity blog, so here's a Twitter dig at the much reviled Tim McCarver:

Time for the Tim McCarver drinking game, in which I drink until I can't hear him anymore

Note: updated the photo with a cleaner version (of everything else, not Buck). We'll teach Kurt how to take a screenshot one day. --Rob