After winning 10 of their last 12 games in the past two weeks, the Tigers dropped four of their five games. However, they are still tied for first place in the AL Central.

Share All sharing options for: Tigers week 6 review: raining on the Tigers' parade

The Tigers were bound to come down from cloud nine at some point after their blazing stretch over the past two weeks, but I don't think many people expected such a swift fall from the heavens. They had a scheduled day off on Monday, but ended up getting a second consecutive day off on Tuesday thanks to bad weather and worse forecasting in our nation's capital.

On Wednesday, the Tigers were largely held in check by Nationals starter Jordan Zimmermann, who is now 6-1 with a 1.59 ERA in seven starts. Anibal Sanchez pitched well enough to earn the 'W,' but ran into the wrong starting pitcher. The Tigers dropped their other game in D.C. the following afternoon. Doug Fister only lasted three innings, allowing four runs on eight hits. He drove in a run with an RBI single, snapping an 0-for-29 streak by Tigers pitchers at the plate. Matt Tuiasosopo made things interesting with a three-run homer off Nationals starter Dan Haren, but the Nats' bullpen hung on for a 5-4 win. 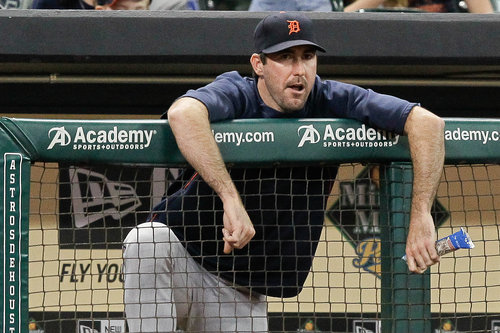 Kurt, Allison and Al return after an eleven day hiatus!

The Tigers gave the red-hot Cleveland Indians a rude welcome to Detroit on Friday night, putting up eight runs on starter Corey Kluber en route to an easy 10-4 win. Max Scherzer picked up his team-high fifth win of the year. With Justin Verlander on the mound on Saturday, it looked as if the Tigers would be able to cruise their way to another series win. However, the Indians had other plans. Verlander couldn't command his fastball whatsoever and allowed five runs. in no small part thanks to a season-high five walks. The Tigers made things interesting late against the Indians bullpen, but fell short in the end.

Rick Porcello continued his strong stretch with a third consecutive quality start on Sunday afternoon, but the Tigers eventually lost a 4-3 nailbiter thanks to Jose Valverde's first blown save of the year. Darin Downs allowed a run in the top of the 10th inning to take the loss, but the offense's inability to tack on a run or two late in the ballgame cost them a shot at a win in the series rubber match.

Batter of the week: Jhonny Peralta

Peralta has been on a tear as of late, hitting safely in 10 consecutive games prior to Sunday's 0-fer against the Indians. This week, Peralta hit .438/.550/.750 with a home run. He scored eight runs on the week, one-third of the team's entire offensive output. Peralta is now hitting .315/.368/.446 on the season and has put himself into serious contention for an All-Star appearance.

Pitcher of the week: Joaquin Benoit

Benoit has quietly put together some excellent numbers this season. He pitched 2 1/3 scoreless innings this week and has only allowed one run since the start of the Oakland series. Opposing hitters are having a tough time squaring up on him, putting together just nine hits in 16 1/3 innings on the season. 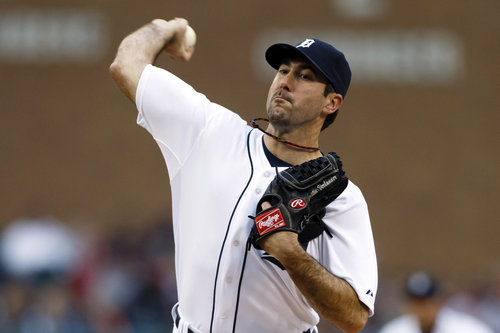 The Tigers clawed their way back from a 6-1 deficit to lose a 7-6 nailbiter on the final at-bat of the game.

After getting a couple days off to start the week, the Tigers are now smack in the middle of a 12 day stretch without an off day. They will host the Houston Astros to begin the week after sweeping the 'Stros in four games last weekend at Minute Maid Park. The Astros won their first two games against the Los Angeles Angels last week, but have since dropped four straight.

After that, the Tigers will travel to Texas for the last time in 2013, this time to face the Texas Rangers. The series starts off with a doozy of a pitching matchup, featuring Justin Verlander and Yu Darvish. The Tigers will also face a couple of talented young starters in Nick Tepesch and Justin Grimm. Thankfully, Tiger killer Alexi Ogando is not scheduled to pitch in the series.

The Toledo Mud Hens continued to struggle, going 2-5 on the week. They have the worst record in the International League at 10-28, a telling sign of the lack of talent in the high minors for the Tigers organization. Avisail Garcia had a good week at the plate, hitting .379/.400/.517 with a home run and four RBI. Double-A Erie had a much better week, going 5-2. Tyler Collins continued his hot streak by hitting .318/.433/.545 with a home run, five runs scored, and six RBI.

High-A Lakeland struggled to keep opponents off the scoreboard, allowing an ERA of 5.26 as they lost four of their six games. Meanwhile, Low-A West Michigan went 2-3 thanks to a listless offense that hit just .220/.274/.323. They scored just 16 runs on the week, with nine coming in a victory on Saturday against South Bend.

It was a rough week on the offensive side of the ball throughout the Tigers organization, so Robertson's outing on Saturday stood out more than usual. He went seven innings, allowing one run while scattering eight hits and a walk for Low-A West Michigan. He also has one of the better names in the minor leagues. Daniel Fields had a decent week at the plate for Double-A Erie, hitting five doubles in 30 plate appearances. Kyle Lobstein continued to pitch well, tossing a complete game on Tuesday and earning another win yesterday.