The Tigers continued to roll this week, winning six of their seven games. They are 10-2 in the last two weeks.

The Tigers ended last week on a high note, sweeping the Atlanta Braves out of town on a rainy Sunday night contest. This week, the weather was much favorable but the results were the same. The team won six of their seven games this week and now sit at 19-11 overall, first in the AL Central.

They started off the week playing on another soggy night, this time against the Minnesota Twins. Mike Pelfrey held the Tigers offense in check for a while, but Prince Fielder's two-run home run gave the Tigers a 4-3 lead they would not relinquish. Joaquin Benoit picked up a save with Jose Valverde unavailable after pitching twice over the weekend.

Justin Verlander and Vance Worley faced off on Tuesday in a rematch of Opening Day, with the results turning out nearly identical to the first contest. Verlander pitched seven strong innings and the Tigers bats gave him six runs, plenty for an easy win. The Tigers lost the final game of the series the next afternoon. Scott Diamond stymied the offense while the Twins piled on late against the bullpen. 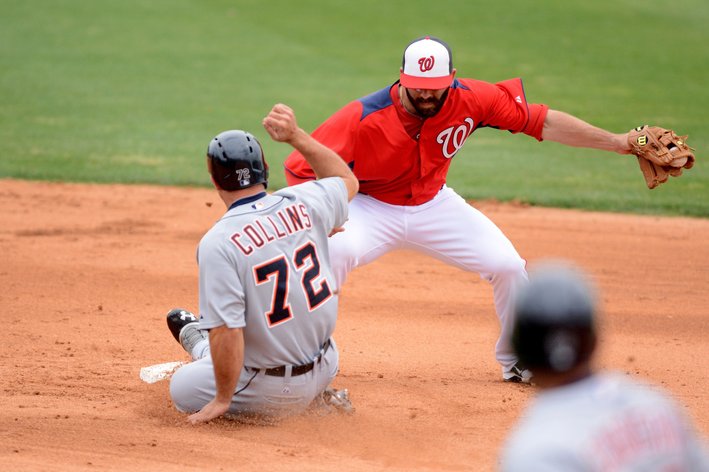 Al, Kurt, and Alli took the week off from podcasting, but our minor league guys didn't. Listen in to hear which outfielders they think can stick it in Detroit.

The Tigers offense struggled early in their first game against the Houston Astros, but they took advantage of an error by right fielder Rick Ankiel to tie the game at 3. Rick Porcello pitched a strong game, but didn't get the win, as it took the Tigers 14 innings to finally break through against the Astros' bullpen. The offense struggled again on Friday night against Astros starter Bud Norris, but Alex Avila hit a two run homer off closer Jose Veras to give the Tigers a 4-3 lead.

With some fans concerned about "how easily" the Tigers were beating their inferior competition, the lineup answered all doubters by putting up 26 runs on 34 hits over the weekend, winning a couple of laughers as Scherzer and Verlander both picked up wins.

His six RBI evening on Saturday sealed it, but Cabrera was on another level all week long. He hit a staggering .455/.571/.955 in 28 plate appearances with three home runs and 10 RBI. He also drew five walks (one intentional) compared to just two strikeouts. Don Kelly also deserves a mention here, as he was a home run shy of the week-long cycle. The Donbot hit .300/.364/.600 in 11 plate appearances and his lone RBI broke the tie in the 14th inning of Thursday's game against the Astros.

Pitcher of the week: Justin Verlander

Who needs fastball velocity when you're pitching like this? Verlander was dynamite this week, allowing just one earned run in 14 inning of work. He struck out 17 batters and walked four, picking up two more wins thanks to plenty of run support from the Tigers offense. While it seems like he has had trouble putting hitters away when ahead in the count, his strikeout numbers haven't suffered so far in 2013. 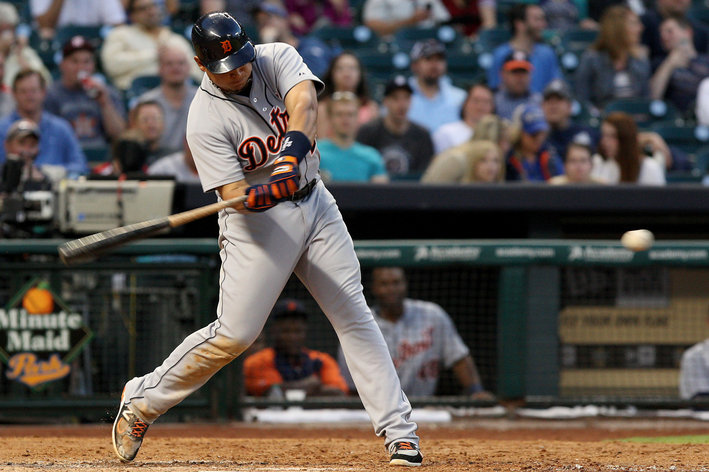 The Tigers laid a beat-down on the Houston Astros, winning Saturday's game 17-2.

After playing a full slate of games last week, the Tigers get a relative break in action with off days on both Monday and Thursday. They travel to our nation's capital to face the Washington Nationals in a two game series on Tuesday and Wednesday. They won't face ace Stephen Strasburg or 2012 NL Cy Young finalist Gio Gonzalez, but they do have to deal with Jordan Zimmermann, who has been the Nats' best pitcher so far in 2013.

The Tigers then return home to face the upstart Cleveland Indians in a three game weekend series. The Indians went 5-1 last week in large part due to former Tiger Ryan Raburn, who hit .611/.611/.1.333 with four home runs and nine RBI. Their hot week got them back to the right side of .500 after a tough early schedule put them in a hole.

The Toledo Mud Hens were the polar opposite of the Tigers this week, going 1-5. They lost three of four during a weekend home-stand. Of course, when your offense only scores 16 runs in six games, you're going to have a problem winning ball games. Apparently, this is because all of the bats are in Erie. The Double-A Seawolves have won their last five games after dropping two close contests to start the week.

High-A Lakeland won their first two games of the week, but apparently couldn't rebound from the loss of Avisail Garcia -- he got moved up to Triple-A, don't worry -- as they lost their last three games of the week. They had games postponed on both Wednesday and Friday. Low-A West Michigan went 3-4 on the week, but the offense scored at least four runs in six of the seven games.

Despite what Twitter might tell you, this was closer than you think. Collins had a massive week for Double-A Erie, hitting .381/.458/.1.286 -- yes, that's AVG/OBP/SLG -- with six home runs and 12 RBI. Avisail Garcia also had a monster week, hitting a combined .706/.722/1.118 between High-A Lakeland and Triple-A Toledo, but Collins' power streak gives him the edge. Either way, it's nice to see future Tigers outfielders swinging the bat well. Warwick Saupold had a nice week for Erie on the mound, allowing two earned runs in 13 innings while striking out 12 batters.