Max Scherzer takes his perfect record on the road, where he has been lights out dating back to last season. Wade Davis will start for the Royals.

Share All sharing options for: Game 63 Preview: Tigers at Royals

Davis pitched well through his first three starts of the season, allowing a 2.25 ERA. This included seven shutout innings of the Atlanta Braves, snapping their mid-April 10 game win streak. After that, Davis came to Comerica Park and was lit up for seven runs (three earned) in 3 2/3 innings and hasn't been the same since. Since leaving Detroit, Davis is 1-4 with a 6.80 ERA and 1.91 WHIP in eight starts. He has allowed two runs or fewer in two of those starts, which (appropriately) came against the Minnesota Twins and Chicago White Sox. Walks have continued to be an issue for Davis as well. In this eight game span, he is issuing 4.25 free passes per nine innings.

Davis' peripherals offer some consolation, but not much. His 4.76 FIP and 3.99 xFIP suggest that he's getting a bit unlucky, especially with allowing home runs. However, this may be partially due to the fact that Davis is only allowing fly balls at a 28.6% clip, well below his career average. He's not serving up many fly balls, but when he does, they go a long way. The real issue? Davis is allowing line drives at a 29.1% clip, fueling his league-leading .391 BABIP. That, along with the walks issue mentioned above, is why teams are able to string together hits against him, scoring runs in bunches.

Last time I previewed Davis, I gave his cut fastball the GIF treatment because it had been so effective in his first three starts. Now? Not so much. Hitters are teeing off on that pitch -- and all of his other pitches too, to be honest -- to the tune of a .413 batting average and .239 ISO. For those unfamiliar with how ISO works, know this: Justin Upton has a .237 ISO this season. Regardless, he's still using the cutter a fair amount, especially with two strikes and to right-handed batters. His curveball has been his best pitch, ranking 2.2 runs above average this season.

Scherzer has been dominant on the road this season, allowing a 1.66 ERA and a double-take-inducing 0.684 WHIP in five starts away from Comerica Park. The fact that he only has two wins in those five starts is thanks to both Felix Hernandez and the bullpen, with the latter costing him a couple W's in Oakland and Baltimore. Even more jaw-dropping is his 6.86 strikeout-to-walk ratio on the road. This is a trend dating back to last season, when Max allowed just five earned runs in his last five regular season starts on the road. This, along with his lone playoff road start last year, shows a staggering stretch of 74 1/3 innings, 12 earned runs, 93 strikeouts, and 14 walks. 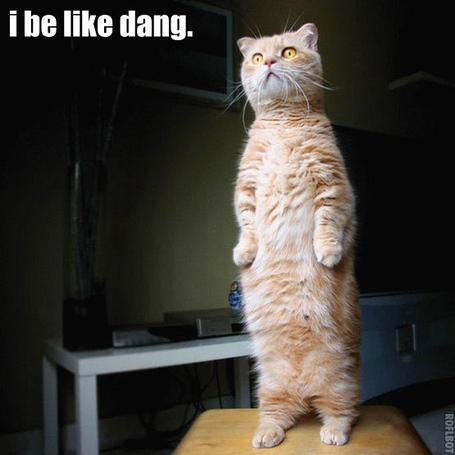 My sources say no.

Between the Tigers' abysmal road offense and Davis' general inability to get anyone out, something has to give tonight. The Tigers lit up Davis earlier this year, but that was at Comerica Park. Save for Miguel Cabrera, this team can't seem to get it together offensively away from home. They should be able to put a few runs across against Davis, but then again they should also be able to avoid being shut out six times in less than 60 games. Is it frustrating? Sure. Concerning? Maybe. Panic-inducing? Not unless your name is David Tokarz -- and even then, I'd imagine kittens would be panic-inducing.

The Royals got to Max earlier this year, scoring five runs on seven hits in five innings at Comerica Park. Scherzer seemed to be a bit off that night, as the three walks he issued* attests. However, as pointed out above, he has found somewhat of a zone on the road, and has been nearly unhittable away from Comerica since last August. He has had some past success at Kauffman Stadium -- 3-2 with a 3.50 ERA in eight starts -- but nothing to get worked up over one way or the other. If he continues this road trend tonight, it's tough to see the Tigers getting beaten.

*How awesome is it that we go "What's wrong with Max?" when he allows three walks in a start? Two years ago that was the norm, now it's a concern.

Max picks up his ninth win of the season in another low-scoring affair.