ESPN's Buster Olney suggested the former Red Sox and current Phillies closer as a solution to the Tigers' ninth-inning problems.

Share All sharing options for: Tigers rumors: Jonathan Papelbon could close for Detroit

Jonathan Papelbon could be the help the Tigers need, ESPN's Buster Olney wrote in an ESPN Insider article today. This comes a day after Jose Valverde blew his third save in his last nine chances. Clearly, the Tigers must do better at the back end of the bullpen, though as Olney notes, it's a lot easier to say that than it is for them to get it done.

One source he exchange e-mail with said Papelbon is a good fix. Of course, there's a reason the Phillies want to move him and other teams may not be interested in acquiring him. Cost.

A lot of teams would be scared away by Papelbon's forthcoming salary: He is making $13 million this year, and is set to make $13 million in each of the next two seasons, with a vesting option for another $13 million in 2016.

But these are the Tigers, who have demonstrated a willingness to do everything possible to win a title. 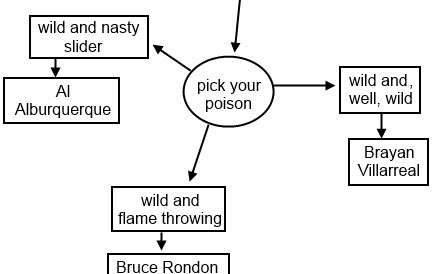 Valverde earned saves in five of his first six chances, pushing his ERA down to 0.75. However, he never really looked like the player who'd been perfect two seasons prior. Since then he has allowed runs in three of his last six appearances, including four in a blown save May 31. He gave up a two-run home run to the Royals Wednesday, and the Tigers lost in the 10th inning with Phil Coke on the mound.

Papelbon has 11 saves, none blown, in 22 appearances this season. He has allowed one of two inherited runners to score, and his ERA is 1.59. He's also coming off seven consecutive 30-or-more-saves seasons. Papelbon's FIP is 2.57 and SIERA is 3.00, so he's having a bit more success than the stats indicate he's probably deserved. That his fastball velocity is more than a mile per hour slower and his strikeout rate has fallen this year (from 32 percent of plate appearances last year to 24 percent this) could be warning signs, though he isn't walking as many free passes either.

If Detroit made a deal here, one would suspect either the sub.-500 Phillies would ask for better prospects in return for picking up some of the price of the contract, otherwise they'd probably be happy to get out from under that contract for minimal prospect cost. A deal could make some sense, if you figure Papelbon's success will continue despite those possible warning signs. It would help the Tigers solve an issue immediately as well as likely keep some of the organization's young kids on the farm. Other deals are likely to cost the Tigers some portion of their future.

What do you think of the possibility?