Tigers week 11 review: Panic in Panic Town? Not quite

The Tigers were one strike away from a 4-2 road trip last week, but return home after splitting six games with the Royals and Twins.

Share All sharing options for: Tigers week 11 review: Panic in Panic Town? Not quite

Relax, Tigers fans. It's all good.

The Tigers split six road games against the Kansas City Royals and Minnesota Twins this week, but were a hanging split-fingered fastball away from finishing the week at 4-2. Before we go there, let's take a look at the week as a whole.

Coming off a three game sweep of the Cleveland Indians, the Tigers came into the week with a 5 1/2 game lead in the AL Central. They were stymied by Jeremy Guthrie on Monday, losing a 3-2 contest to the Royals. Guthrie was able to induce a lot of weak contact resulting in a ton of lazy fly balls that the Kansas City defense was able to corral easily. Doug Fister walked away with the rare complete game loss, dropping to 5-4 despite an excellent ERA in his previous few starts.

Max Scherzer dominated the Royals offense for most of the night in his start on Tuesday, but the Royals were able to scrape across a couple runs, tying the score at two for the second night in a row after the Tigers had taken a 2-0 lead. Victor Martinez's sacrifice fly in the 8th inning provided the difference, giving Scherzer his ninth win of the year.

Justin Verlander did everything he could to out-do both Fister and Scherzer on Wednesday, pitching seven scoreless innings. With the Tigers leading 2-0 in the ninth, Jose Valverde hung an 0-2 splitter to Lorenzo Cain, and the splitter didn't come back. The Royals capped off the rally with a run off Phil Coke in the tenth to take the series, sending the Tigers fanbase into a frenzy. 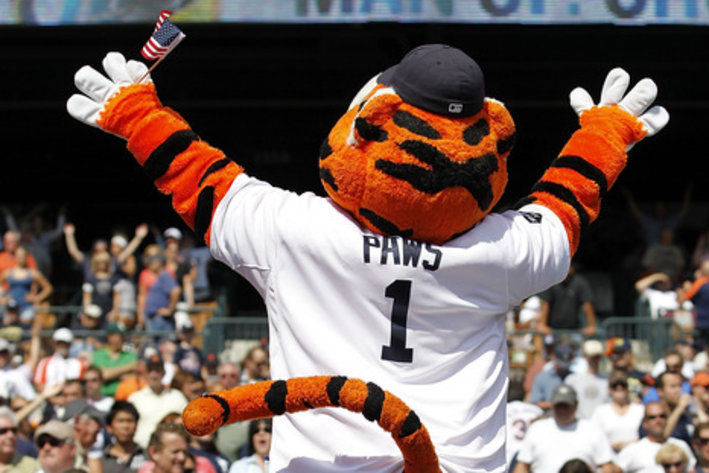 After an off-day filled with questions about the status of the closer role, Jim Leyland laid the rumors to rest by stating that Valverde would still close out games on Friday. He backed up his claim by having Valverde pitch the ninth of a 4-0 game on Friday, and Papa Grande kept the shutout intact with a scoreless inning. Rick Porcello was brilliant through seven innings, allowing just three hits and no walks. Austin Jackson returned to the lineup after missing over a month on the disabled list, filling a massive void in the leadoff and outfield.

Anibal Sanchez made his first start in 11 days on Saturday, having missed his scheduled start on Sunday due to shoulder soreness. He said that he felt fine during the game, but something wasn't right. Sanchez walked four batters in 3 2/3 innings, and left the game in the hands of the bullpen. Darin Downs pitched well in his first 1 1/3 innings, but gave up three runs in the sixth inning. The Tigers offense couldn't solve Samuel Deduno, dropping their first game of the series.

Torii Hunter hit his 300th career home run in the first inning of Sunday's game, giving Fister an early 2-0 lead. Fister took a no-hitter through five innings, but a home run by Brian Dozier ended any premature talks of another no-hit bid against the Twins in 2013. Austin Jackson may have stolen the show, hitting an upper-deck home run of his own, stealing a base, and playing his usual excellent defense in center field. The Tigers took the series rubber match 5-2.

If there were any questions about Jackson's hamstring heading into this weekend, he answered them decisively by hitting .333/.385/.583 in three games with three runs scored, two RBI, a home run, and a stolen base. The Tigers offense also perked up a bit, scoring 12 runs in the three game series at Minnesota after scoring just seven in Kansas City. Don Kelly deserves a mention for picking up four hits in seven at-bats, while Miguel Cabrera and Jhonny Peralta both walked six times each.

Pitcher of the week: Rick Porcello

Porcello's dominant outing on Friday night is starting to become the norm, which is just plain scary. Porcello struck out five and didn't walk anyone in seven innings against the Twins. Joaquin Benoit pitched three scoreless innings, and Justin Verlander was very impressive against the Royals, striking out eight in seven innings. 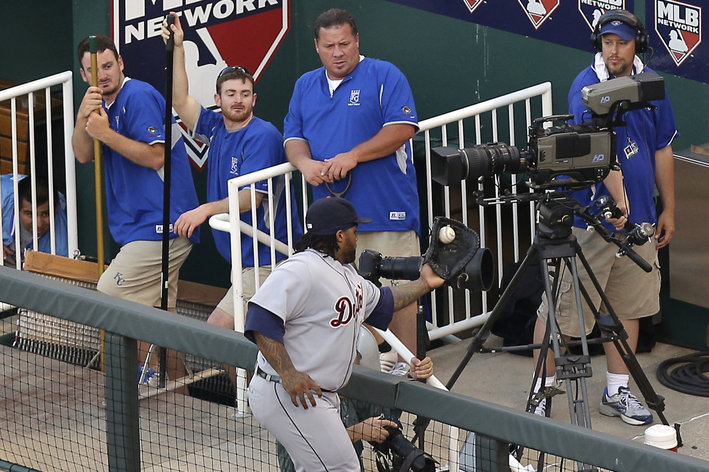 Max Scherzer picked up his ninth win thanks to an 8th inning sacrifice fly from Victor Martinez, but Jose Valverde did his best to make things interesting.

The Tigers return to Comerica Park to start a 10 game homestand, with the Baltimore Orioles in town first for a three game set. Jake Arrieta will make a spot start tonight in place of Jason Hammel, who has been feeling a bit under the weather lately. The Orioles themselves don't know who will start Tuesday. It could be Hammel, Zach Britton, or Kevin Gausman, depending on when Miguel Gonzalez's wife goes into labor. Chris Tillman is a fairly safe bet to make his scheduled start on Wednesday given how well he has been pitching lately.

The Tigers will then get their first look at the Boston Red Sox, who saw a three game division lead cut in half after losing three of four games in Baltimore last weekend. Like the Orioles, their pitching rotation is also up in the air with Clay Buchholz possibly headed to the disabled list. John Lackey and Jon Lester will likely be the starters on Thursday and Friday, while Felix Doubront likely will start Sunday afternoon's game. If Buccholz can't start Saturday, we may see Rubby De La Rosa or Alfredo Aceves opposite Max Scherzer.

Toledo went a perfect 6-0 last week, scoring at least seven runs in five of the six games that they played. Going back to last week, they have won 10 of their last 11 games. They are still in last place in the West Division, but they no longer have the worst record in the International League.

High-A Lakeland went 3-1 on the week. The reason for only four games? The Florida State League All-Star Game was on Saturday, with the South winning 8-1. Jeff McVaney went 0-for-4 in the game, while Melvin Mercedes pitched 2/3 of an inning without allowing a baserunner.

Low-A West Michigan was 4-4 on the week heading into the Midwest League All-Star Break. Jeff Holm, Devon Travis, and Jose Valdez will play for the East team.

Partially due to their All-Star game appearances, and partially because I don't want to sort through stats at 2:00 a.m., McVaney and Mercedes are co-players of the week.

•FanPost: Al-Al is needed in Detroit