The Angels won their eighth straight game against the Tigers, using six bullpen pitchers when Tommy Hanson was scratched from his start.

The Angels beat the Tigers 7-4 tonight, putting them on the brink of both a series and season sweep. Left-handed reliever Dane De La Rosa got the win for the Angels, while Jose Alvarez took the loss for the Tigers. Ernesto Frieri picked up his 18th save of the year with a scoreless ninth.

Angels manager Mike Scioscia had his work cut out for him tonight when Tommy Hanson was scratched just prior to the game with tightness in his right forearm. The Angels bullpen, led by spot starter Billy Buckner, held the Tigers to three runs despite 10 hits and two walks. The Angels used six pitchers in all.

Meanwhile, the Angels' home runs did more damage. Mike Trout and Erick Aybar hit two-run home runs off Alvarez in the third and sixth innings, respectively. Aybar's home run came after a long visit to the mound from pitching coach Jeff Jones, leading many to wonder if Jim Leyland left Alvarez in too long. Alvarez was pulled after Aybar's home run in favor of newly-minted "relief ace" Drew Smyly. He did not fare much better, however, allowing three runs in the top of the seventh to give the Angels a 7-3 lead.

The Tigers finish up this series and homestand with one more game against the Angels tomorrow at 1:08 p.m. Doug Fister and Jered Weaver are the starting pitchers. 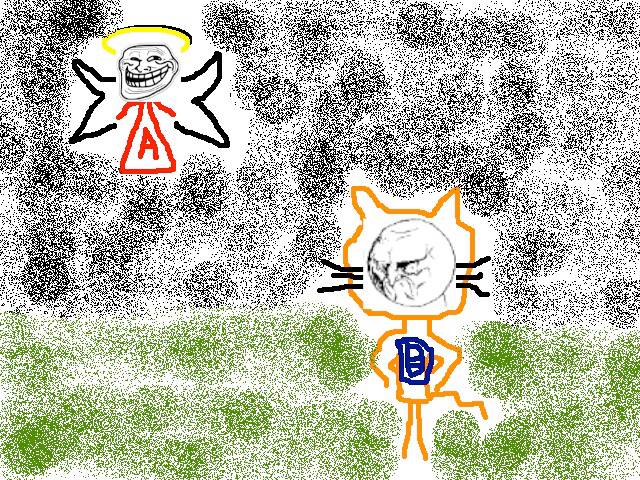 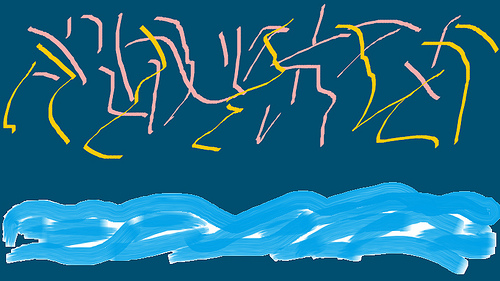 Baseball can be both exciting and frustrating. Tonight was definitely the latter.

For those that don't understand the Beckham reference, click here.

It's easy to blame Jim Leyland for leaving Alvarez in to face Aybar in the sixth inning, especially considering how easily Smyly dispatched Brendan Harris after coming into the game. However, if Smyly wasn't ready prior to Aybar's at-bat, Alvarez was a better candidate to face him than Putkonen. Aybar was hitting just .242/.246/.288 against left-handed pitchers prior to tonight's game, good for an OPS nearly 200 points lower than against right-handers. Basically, Smyly > Alvarez > Putkonen there. Aybar just ran into one.

Allowing baserunners in front of Mike Trout is never a good idea, but when you let J.B. Shuck reach base twice and score two runs, you deserve to be beaten.

It took me eight innings to realize that Angel Hernandez was behind the plate. This is how umpiring should happen.

Prince Fielder made a defensive gaffe in the seventh inning that won't show up in the box score. With runners on first and third and one out, Josh Hamilton hit a sharp ground ball straight to Fielder, who was playing close to the bag to hold Mark Trumbo at the base. Fielder stepped on first to retire Hamilton, but instead of turning to throw to second, he attempted to throw out Trout -- arguably the fastest guy in baseball -- at home. This, predictably, did not end well, and extended the inning for the Angels. Had Prince thrown to second before stepping on first, the Tigers could have escaped the inning down 5-3 -- Trout's run would not have counted with the force plays at both first and second.

Things Mario and Rod did tonight:

Al Alburquerque: Al Al pitched a perfect eighth inning with two strikeouts. He needs to do this more often.

Omar Infante: He didn't have a hit, but he turned a nice double play with Trout at the plate in the ninth inning. I'm trying to find something positive here.

Jose Alvarez: Alvarez was pretty good for most of his outing, but that hanging breaking ball to Aybar was as bad of a pitch as we have seen from him so far.

Drew Smyly: Even the best guys have off nights. Smyly let a close one slip away, allowing three runs in the top of the seventh inning.

Jobu: Seriously, it was just one of those nights. The Angels got all the bounces, the Tigers didn't. Some may think it's interesting that we've had two of these nights in a row (and eight in a row against the Angels), but it's hard to find a third person to single out tonight.

GAME 75 PLAYER OF THE GAME: