Using Drew Smyly as an "old school relief ace" could be just what the Tigers need to make a World Series run. Hey, it worked for the Yankees with Mariano Rivera in 1996.

I received an interesting e-mail on Tuesday, noting that Drew Smyly appears to be following the same pattern as Mariano Rivera during his first two seasons. (Please, do not skip to the comments section to register righteous indignation. I'm going somewhere with this.) That is, Rivera started games his rookie year then became a multi-innings reliever during his second season. In fact, he finished just 16 of 80 appearances over the two years. Closing would be his future, not his present.

The 24-year-old Smyly, meanwhile, has made multi-inning appearances in 18 of the 27 games he has pitched in and currently sits on a 2.27 ERA. He doesn't often finish games, either. This has led FanGraphs' Dave Cameron to label Smyly an "old school relief ace": "Jim Leyland is deploying Smyly in the role that relievers used to play 30 years ago, and it's working really well."

But don't take that to mean Leyland has gone so old school that's he's new school, that it's time to declare victory over the save. It's not. Leyland still feels happiest when he has Proven Closer on his team that he can use in the ninth inning with the lead. Multi-inning saves happen because his other relievers need the day off -- Joaquin Benoit can't go four days in a row. It's just a fortunate thing for Leyland the Tigers have Smyly hanging around to provide them.

So the question is whether Leyland deploys Smyly wisely, with the secondary question whether these multi-innings appearances actually cost the ability to use his most effective reliever in other situations.

For a period of time, Smyly was actually just used in low-leverage situations. During a period lasting a little more than a month, Smyly entered down nine, up five, down three, down four, up four, up five. He had an ERA during 2.05 during that span, but when Smyly spend six of 12 appearances in games more or less settled, giving him a leverage of .57 (1 is average, 2 is high), it seemed much more like "mopup man" than "relief ace."

More recently, four of Smyly's last six appearance before Wednesday came in situations of above-average leverage. In that time he accumulated two holds, a save and a win. The save and win were most interesting. Smyly took over in the seventh inning with a four-run lead (this was actually a low-leverage appearance) against the Orioles and got out all nine batters he faced for the rare three-inning save. The next game against Boston, he took over in the eighth down by one. The Tigers took the lead in the bottom half of the inning, and he stayed out in the ninth to finish the game. A few days later, he entered in the sixth with the Tigers again trailing by one. He kept the Red Sox off the board, and Detroit rallied to the win. 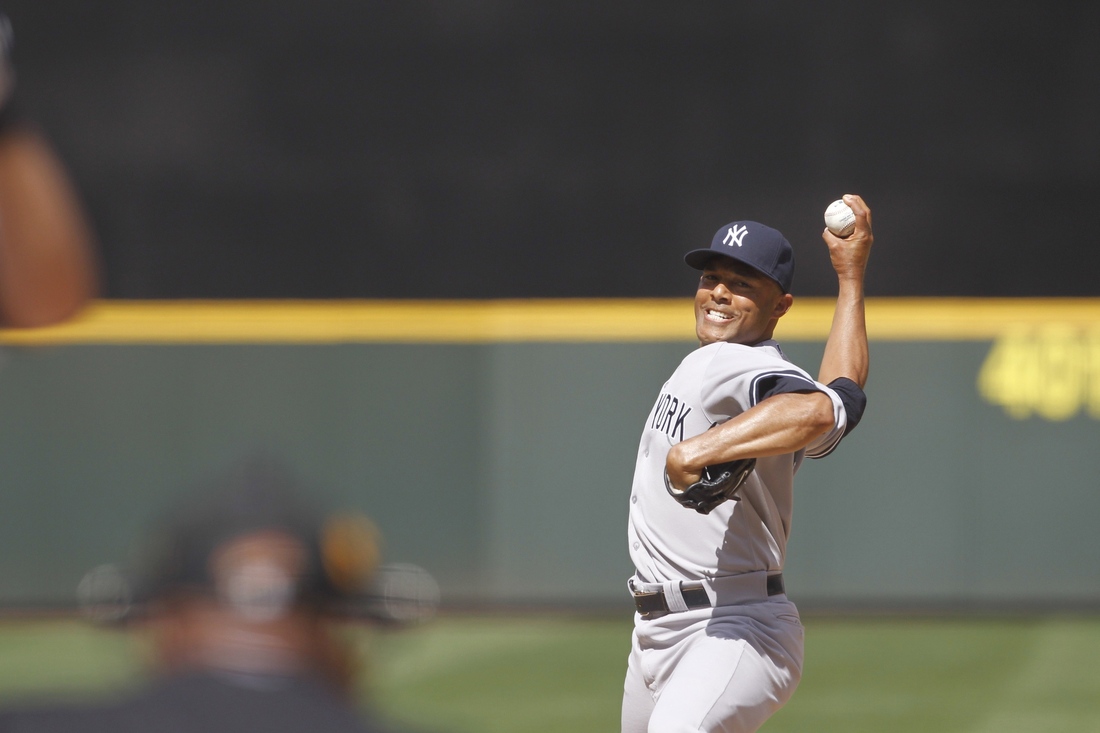 The bright point in a dim bullpen

Smyly's average leverage when entering a game this year is .97. That falls in the middle of Rivera's appearances during his first two seasons. In 1995, as a 25-year-old, Rivera entered at 0.76 leverage. In 1996, that rose to 1.34. His use in 1996 was worth exploring. Rivera pitched in multiple innings in each of his first 14 appearances and 25 of his first 27. For the season 41 of his 62 appearances were of the multi-inning variety. He became an indispensable bridge and finished the season with a 2.09 ERA.

Having a young roving ace reliever sure helped the Yankees with their bullpen problems in 1996. Despite having a pen full of ERAs in the 4s and above -- Rivera and closer John Wetteland were the only relievers with ERAs under 3 -- they won 92 games. With Rivera making six multi-inning appearances in the playoffs, they went on to win their first World Series in 18 years and first of four in a five-year span. Rivera took over the Yankees' closer role in 1998 and still has not given it back.

Smyly may never close a game. Of course, we may not see many more of these multi-innings appearances for Smyly. Wednesday, Tigers manager Jim Leyland said he'd rather get Smyly in shorter stints again so he can use him in more games.

Via Matthew B. Mowery of the Oakland Press:

"He can go the back-to-back, if he pitches one inning. But when his pitch count gets up to 35, 38 and 39 pitches, then I lose him for a couple of days. So it's not the ideal, perfect situation just yet, but we're working on it.

That might be fine, too, so long as Leyland uses Smyly in higher-leverage situations during late innings and doesn't fall back to using him in lost causes in the middle innings. Smyly can be a key component in an unsettled Tigers bullpen. Whether he's used as a throwback ace reliever like Rivera in his early years, or in as a roving late innings guy shouldn't really matter.

The point is, Smyly gives a lot of quality options. It doesn't matter which you choose. Long stints, short stints, either is fine. Just, please, whatever you don't, don't waste him, Jim. Right now, he's the best you've got.

•When should the Tigers call up Nick Castellanos?