Why look at the entire person when we can pick apart a particular physical attribute and literally figuratively dissect it?

In a college class long ago and long forgotten one thing seems to have stuck in the ol' brain. The idea was that advertising is sexist because men are usually depicted as an entire person, showing their whole body, but with women ads only show only one part of the body; a hand, a leg, their tummy, etc.; thus demonstrating that they are objectified in the media. Seems that we are doing the same thing to our favorite baseball players. Pulling apart their unique physical attributes and objectifying them.

Well let us not suggest objectification any longer! If we are going to objectify, let's be blatant! Here are the Tigers body parts power rankings!

Brayan has an infectiously positive attitude and it spills over into his twitter account. You know he his excited (or cold) through his pencil eraser nips.

Please my FANS VOTE FOR BENOIT not for my NIPPLES !!! LOL #BackBenoit pic.twitter.com/htip3CKjoB

What are my favorite nicknames for my nipples ?i call them ( NERTS ) Nipples Erect Right Through the Shirt- IM BACK U GUYS Miss me LOL

Many a joke has been made about the thickness of Andy Dirks neck and with good reason. He looks like a little Brahma bull out there. Inspired by Trojan's line of MAGNUM condoms, Phiten is set to a release a DIRKS line of necklaces. 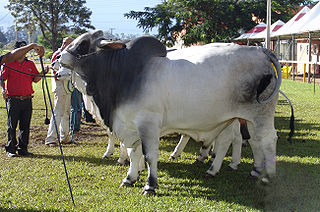 No one new to Max Scherzer can talk about him with out mentioning his heterochromia. They did it in the All-Star game almost as a requirement. Not sure if the novelty will ever wear off, but he's certainly not alone. Did you know Dan Aykroyd, Mila Kunis, and Christopher Walken also have different colored eyes?

He just can't help himself from exposing it.

I know Danny hasn't been around in a while, and frankly I miss the guy. I mostly miss his regal jaw.

I hate to isolate his tummy because Rondon is simply a large man. But some people just can't lay off the fat jokes. (I'm looking at you, Lynn Henning)

It's round. I like how Samara essentially uses a compass to create a circle and then adds some facial features.

The guy gets a 11 a.m. shadow. He was the kid who had a full beard in seventh grade. How does he even shave it, with an angle grinder?

Most famous for disrupting the 2011 ALDS after Joe Girardi insisted the bandage covering it be removed.

On the other end of things, here are some body parts that aren't holding up so well:

It is ouchy (medical term), so he can't play.

I'm not sure what a "hip flexor" is, but it sounds pretty bad ass.