My father's year in Korea

My father spent the final months of the Korean War outside Seoul. On the 60th anniversary of the armistice, this is his story.

Share All sharing options for: My father's year in Korea

They say the Korean War was the forgotten one. But on this day, the 60th anniversary of the armistice, the war is remembered by a Korea veteran's son.

Three days ago a Marine helicopter threw a main rotor blade. It made two flips before it crashed. The pilot crew chief and mechanic never had a chance. It flew right over our tower and in a minute later it was a mass of flames in a rice patty. I'm working on the alert crew now, so when we got the word we piled about six men and a mess of fire ext. in our jeep. We drove full guts in four wheel, low range, down the muddy road. We were the first ones there but the fire had too good a start and the magnesium was burning. We emptied our extinguishers anyway, but the men were already burned up so bad you could hardly recognize them from the wreckage.

Someone pulled our jeep over to the side of the road to make room for the fire truck (which got stuck anyway). By the time we got back we were stuck up to the frame. Some fellow pulled his duce+a half over to help us but he left the center of the road and he sunk to his axles. They got a large two truck to help us and the others out.

So you see what kind of a quagmire we have to drive in. The roads are so bad you have to drive in low or second most of the time. Speed limit it twenty on most roads. But that is usually out of the question. Neither you nor the truck can take it. It took us an hour and a half to go thirteen miles in first on secondary roads.

Be hitting the sack in skoshie bit time. 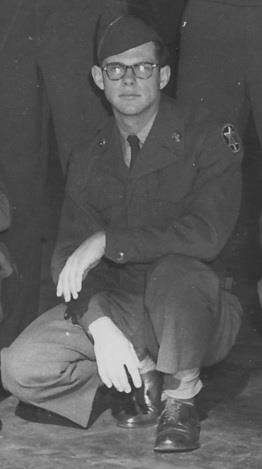 Only a handful of years earlier, the second World War drew national, total war efforts as the allied nations fought to drive the Wehrmacht army out of existence and along the way discovered countless horrors beyond belief. A little more than a decade after Korea, President Lyndon Baines Johnson was granted permission by Congress to go to war against the forces of North Vietnam, which eventually led to millions of soldiers fighting and more than 50,000 soldiers' deaths. Beyond that, Vietnam is remembered for the social upheaval associated with it, with protests and music and shootings Kent State. World War II was a national movement against all that was wrong in the world; Vietnam a movement against what was believed to be wrong in America. Students throughout the country spend countless weeks a year learning about each.

Yet in between, there was Korea. A "police action." The United States and its former ally, the U.S.S.R. battled for influence in Asia on the divided Korean Peninsula in an early conflict of the chess match that became the Cold War. Yet eventually than 5 million Americans were sent to the unfortunate peninsula , and more than 30,000 of them never came home. The conflict ended 60 years ago today, not in victory, not in loss, but simply in the desire of both sides to take a break from the stalemated fighting. Today, Seoul is free, South Korea a relatively strong and successful ally despite its smaller size and inconvenient terrain. And today, North Korea remains a totalitarian state, mostly rural and mostly poor. Those might be the lasting legacies of the United States' foray into Korea.

My father was born in the early '30s and grew up on the east side of Detroit. He loved cars -- working on them, talking about them, reading about them, writing about them. After he graduated high school, he worked for Hudson's downtown, not in automotive but as a cashier. When North Korea invaded the south in 1950, setting off a series of events that would bring the United Nations and United States to battle, my father, still in high school, wouldn't have known he'd one day end up there. Yet early in 1953, he arrived outside Kimpo Air Base. In between he was drafted, put through basic training, learned his way around airplane engines, either lived in or drove through half the states in the continental U.S., and was eventually assigned to the 8178th AU Army Unit Aviation Maintenance Heavy, part of the Transport Army Air Maintenance Company.

Fortunately for me, he was an active writer. And fortunately, again, my family saved every letter he sent home, detailing his car problems in Texas to his impressions of the mostly quiet, mostly repetitive Army life in Korea. Maybe 100 letters were kept in an old show box and from time to time I like to pick one up and read it. To his father, he'd write about something he saw in a car magazine, asking if he'd seen this Chrysler or that Chevy on the road. To his mother or sister, he'd talk about his last visit to the chapel or the people he met that day or what they could do to assist the local people. To his friends, he'd open up a bit more about the war, though even then there was a far difference between being on the front and being miles away from it.

How's the Marines? Still as glorious as ever? Are you working on planes or still a desk job? At times I wish I was pushing a pencil.

As you can see, I'm in the "Land of the Morning Calm." But it isn't so peaceful. This morning I heard two flights of jets go over that made the tents vibrate.

I'm stationed at "Ascom City." The Marines have a unit there along with the Army. We are nine miles from Inchon, and sixteen air miles from the front. The air base is close by also. After the Air Force gets the alert, they can be crossing the 38th in two minutes forty seconds! Although we are number two target we are quite safe as you can see. The last attack here was made in '51."

Though occasional moments of excitement occur, overall, he describes a pretty quiet time, his quests to find stationery and film for his camera, his attempts to learn Korean from his houseboy, Kim. He sent vocabulary notes home and little things he picked up along the way. Along the way he picked up enough Korean that he later trained a dog in the language.

This is the card he received on his birthday: 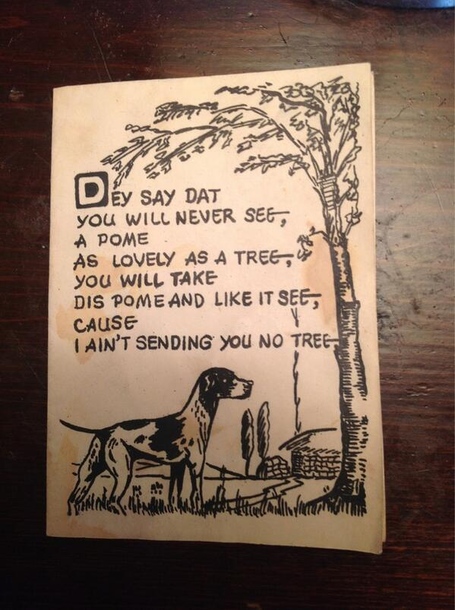 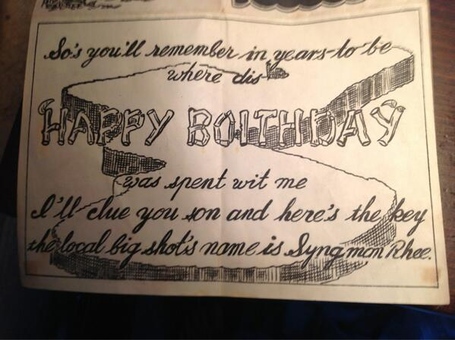 A letter home dated six days before the armistice began, "Today five radio men were told they were being transferred, got twenty-four hour notice. It might have something to do with the truce talks as the orderly room says they are grabbing men from all outfits with that MOS [military occupation specialty code]." But he went on to tell his sister that he'd delivered a special package she'd sent from Detroit.

Last Sunday, Betty, I talked to the chaplain and gave him the clothes. He asked me if there was a particular orphanage I wanted them to go to. He said Buk Yong was doing fairly well and the one on the way to Inchon. He mentioned one near Seoul that had children from two weeks to about sixteen years. As they were the worst off, I said to give it to them. If you want me to, I'll find out the name for sure.

Not much else around here. Leave about in eighty two days! Not much longer now."

When my father returned home to Detroit some months later, he tried to pick up where he left off but he never shook the feeling that he had a few years of his life torn away. Eventually he went to work for the 36th District Court, working his way to clerk and helping to build the court's early computer system. He collected camera equipment and enjoyed technology and -- of course -- cars. He met my mom while working at the court, and a few years later I came along. Four years after my birth, he was lost to cancer.

From what I hear, my father was never really happy about his years spent in the Army. He didn't choose that life, but he persevered. He didn't celebrate it, but it always remained a part of him. He learned a few skills that stuck with him through life, and my mom said he could tell you more than you needed to know about the engine as you were sitting on a plane waiting to take off. He lived a good life, with a decent house back in the east side of the city and vacation property "up north" than eventually became my home. When he knew his end was near, he made sure to plan well to make sure my mother and I would have what we needed going forward.

What my father didn't know when he was writing those letters home from Korea was that he was writing to his son across a period of 60 years. Those words are the closest I get to hearing his voice. It's funny to see how we looked alike, how we write alike, how our interests line up so close.

The Korean War might be forgotten by most, little more than a setting from an aging TV show or a short chapter in a history book. But it will always mean a little something more to me.

You can learn more about the war at KoreanWar60.com.