A pair of key contributors returned to action for the Tigers, and the team won five of seven games to take a 2 1/2 game lead in the AL Central.

Last Monday morning, I wasn't sure who was worse off: myself after a weekend of intense... err, studying, or the Tigers, who had lost five of their last six games. Thankfully, both parties have recovered. The Tigers won five of seven games this week, all on the road no less.

The week got off to an innocuous start, as Jose Alvarez was finally exposed by the Toronto Blue Jays' offense. The Tigers were once again unable to mount a comeback and dropped an 8-3 decision. The next night, Doug Fister gave up four runs in the bottom of the first inning and it looked as if the Tigers were headed for their seventh loss in eight days.

Somewhere along Doug Fister's walk to the dugout after that inning, the Tigers found their offensive mojo. They scored six runs in the top of the second inning and scratched across a late run against the Blue Jays' bullpen to win a 7-6 nailbiter. 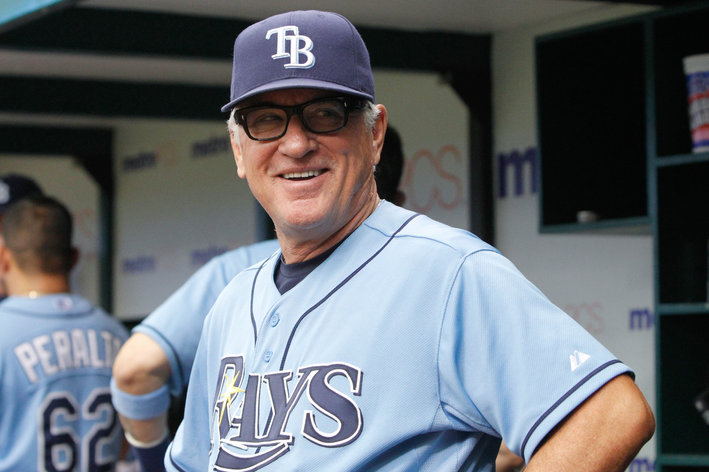 Al, Allison and Phil Coke's Brain ponder the past week of bad Tigers baseball and Mario Puzo on this week's Bless You Boys Podcast.

There were some fireworks on Wednesday, as Toronto's Colby Rasmus took out Omar Infante with a late, hard slide. Infante left the game, but the Tigers offense didn't. They put up six runs on Wednesday and 11 more on Thursday to take three of four from the Jays. Those wins, combined with a couple of late-inning losses by the Cleveland Indians in Kansas City, gave the Tigers a 1 1/2 game lead in the AL Central heading into the four game series with the Tribe.

The Indians had the pitching matchup advantage on Friday night, but Rick Porcello pitched seven shutout innings as the Tigers offense kept on rolling in a 7-0 victory. The offense continued their rampage on Saturday, putting Carlos Carrasco's Indians career in jeopardy with seven runs in the first four innings. This was plenty of run support for Anibal Sanchez, who showed little signs of rust in his first start off the disabled list.

On Sunday, the Tigers fell into another hole dug by Fister. Down 6-1 after six innings, the Tigers clawed their way back against the Indians' bullpen, drawing level in the eighth after a three run home run from Torii Hunter. The Indians would not go quietly, however, and scored three runs off Al Alburquerque and Luke Putkonen in the bottom of the eighth en route to a 9-6 win. Despite the disappointing loss on Sunday afternoon, the Tigers had a great week and are already guaranteed to hold the division lead when they leave Cleveland later tonight.

Batter of the week: Torii Hunter

Pitchers of the week: Justin Verlander and Rick Porcello

Both right-handers spun seven innings of shutout baseball on back-to-back days in the middle of the week with nearly identical dominance. Verlander looked as good as we have seen him this season, while Porcello bounced back from a few rough outings to steal a game from the Indians in their ballpark. Max Scherzer also deserves a mention for picking up his 13th win, while Anibal Sanchez fared well in his first start off the disabled list. The starting pitching is back. 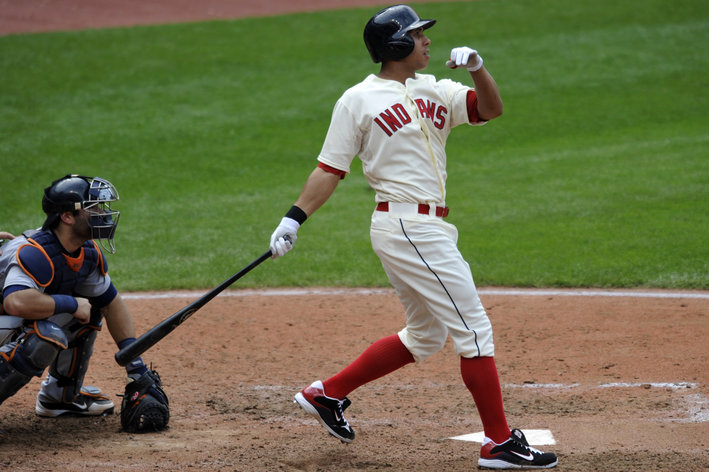 Despite the crappy result, the Tigers' 9-6 loss to the Indians on Sunday afternoon was the type of comeback that we have been waiting to see from this team in 2013.

The Tigers will finish up their series against the Cleveland Indians tonight. Max Scherzer will try to win his 14th game of the season against the rejuvenated Scott Kazmir.

After that, the Tigers return home for six games leading into the All-Star Break. They will face the Chicago White Sox for the first time this season. An excellent pitching matchup caps off the series, as Anibal Sanchez and Chris Sale will face off on Thursday afternoon. The Tigers then play their final three games of the season against the Texas Rangers. Yu Darvish will not pitch in the series, but the Tigers still have to deal with All-Star snub Derek Holland.

The Mud Hens won four of the seven games they played this week, including two of three at home against first-place Indianapolis over the weekend. Like the Tigers, they play seven games in seven days this week leading up to their All-Star break.

Double-A Erie also went 4-3 last week, splitting four games at Altoona over the weekend. They have more game with Altoona before their All-Star game on Wednesday, then play a four game series at home over the weekend.

Lakeland went 2-2 in a rain-soaked week in central Florida. Somehow, they were able to play two games in Clearwater over the weekend in what must have been swamp-like conditions.

Low-A West Michigan went 3-4 on the week. They sit five games out of the divisional lead in the second half after finishing in fourth place in the first half.

The short-season Connecticut Tigers have gotten off to a slow start, winning just six of their first 20 games. They have only scored 64 runs this season. The Tigers went 2-5 this week.

The Gulf-Coast League Tigers were 4-0 this week despite facing the same weather conditions as the Lakeland squad. They have gotten off to a 7-2 start this year.

VerHagen, the Tigers' fourth round pick in 2012 out of Vanderbilt, was recently promoted from High-A Lakeland to Double-A Erie. It's early, but it might be safe to say that he has gotten adjusted to the level fairly quickly. This week, VerHagen won both of his starts, pitching a combined 17 shutout innings while allowing just six hits and a walk.