The Tigers continued rolling this week, sweeping four games in Cleveland to open up a huge divisional lead over the Indians and Royals.

At this time last week, the Tigers were preparing for a big road series with the Cleveland Indians while waiting to see if shortstop Jhonny Peralta would be suspended for his involvement in the Biogenesis scandal. One of those two things turned out as expected when Peralta was suspended on Monday afternoon. The series in Cleveland turned out to be a pleasant surprise, however, as the Tigers swept the Tribe in four games.

On Monday, Corey Kluber dominated the Tigers for seven-plus innings, and with Chris Perez taking the mound in the ninth it looked as if the Indians would pull a game closer to the Tigers. Four batters later, the Tigers had the lead and Joaquin Benoit closed out a series-changing win in the bottom of the inning. The next evening, Don Kelly played the hero, hitting a three run homer off of Indians ace Justin Masterson to pace the Tigers.

The Tigers put together another late rally on Wednesday, with Miguel Cabrera playing the hero this time. Cabrera had struck out three times against rookie starter Danny Salazar before he hit a first-pitch home run off Salazar in the eighth inning to give the Tigers the lead. The Tigers weren't able to hold the one-run lead, but pulled out a win in the 14th inning thanks to some stellar work out of the bullpen by Jeremy Bonderman.

With a stranglehold on the series and the division, Thursday's game felt more like a coronation than a contest. Max Scherzer waltzed to his 17th win as the offense scored 10 runs on a depleted Tribe pitching staff. Former Tigers outfielder Ryan Raburn pitched the ninth inning for the Tribe, a fitting end to a worst-case-scenario series for the Indians.

With a 12 game winning streak still intact, the Tigers headed to New York for their only trip to Yankee Stadium of the season. They ran into another hot starter, and Ivan Nova was able to hand the game over to the normally reliable tandem of David Robertson and Mariano Rivera with a two-run lead. Robertson made short work of the Tigers in the eighth, but Rivera was unable to close the door in the ninth. Cabrera was once again the hero, hitting a two-run homer to deep center to tie the game. Al Alburquerque picked up the loss for the Tigers in the 10th, snapping their winning streak.

The Tigers got back on track on Saturday afternoon, knocking Phil Hughes around en route to a 9-3 lead. Cabrera, Torii Hunter, and Austin Jackson all homered in the game. The homer parade continued on Sunday, but it took a little while to get going. Brayan Pena homered off Robertson in the eighth inning to pull the Tigers within two, and solo homers by Cabrera and Victor Martinez off Rivera tied the game. Jose Veras didn't get the game to extra innings, however, allowing a walk-off homer to Brett Gardner to end the game. It was the Yankees' first series win since early July.

Anibal was a beast last week, allowing four runs in 14 2/3 innings while striking out 19 hitters and walking three. Justin Verlander was pretty good as well, but some bad luck in yesterday's loss hurt his overall numbers a bit. Jeremy Bonderman and Bruce Rondon also deserve a mention, combining for eight innings and one earned run during the week. 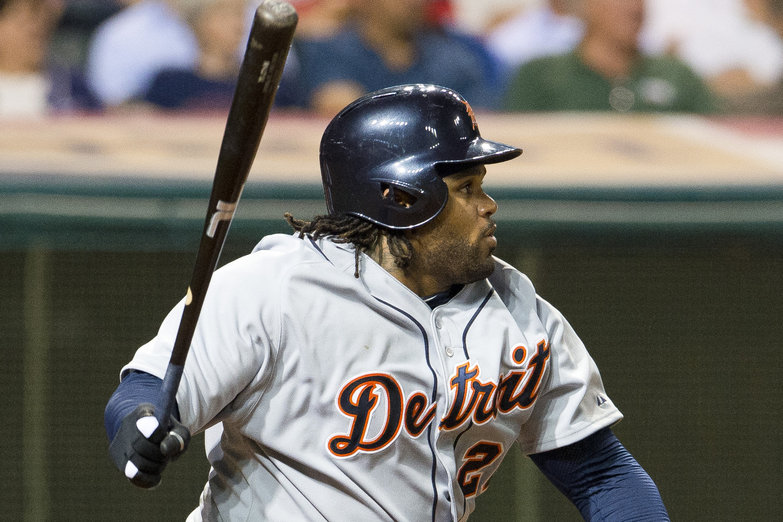 The Tigers and Indians went toe-to-toe for 14 innings, with Jeremy Bonderman playing the hero by pitching three scoreless innings in relief.

The Tigers cap off their 10 game road trip with three games in Chicago against the White Sox. While they no longer have to face Jake Peavy -- in a White Sox uniform, at least -- they still have to deal with Chris Sale on Monday. Hector Santiago and John Danks start the next two games, meaning the Tigers will face four lefties in a row after yesterday's tilt against Andy Pettitte.

After their stop in Chicago, the Tigers head home for a rare five game series against the Kansas City Royals. Jeremy Guthrie and James Shields are scheduled to start the first two games of the series. However, with a doubleheader on Friday afternoon, there's no telling how the pitching matchups will shape up. Expect the weekend matchups to remain consistent, as neither team has a day off earlier in the week for any rotation juggling.

Double-A Erie went 4-3 on the week despite being outscored 33-30. They are just one game out of first place and are tied with first place Harrisburg in the loss column (Harrisburg has played two more games).

Advanced-A Lakeland went 4-1 on the week, scoring 39 runs in their five games, though a 19-6 drubbing of Dunedin on Wednesday provided a good portion of those runs. They were able to keep pace with first place Daytona, who is 3 1/2 games ahead.

Single-A West Michigan lost to South Bend 12-1 yesterday, a fitting end to a poor 2-5 week. They allowed 42 runs in seven games and have fallen 6 1/2 games out of first place.

The Connecticut Tigers of the New York-Penn League went into their All-Star Break on a high note, winning four of their six games last week. They are still in last place, 24-25 overall and 7 1/2 games out of first.

The Gulf Coast League Tigers fell out of first place thanks to a 2-5 record last week. They are 25-18 and 1 1/2 games behind the Yankees.