The Tigers went 4-4 on the week, but given the situation -- a long road trip and no days off -- their ability to maintain the division lead they held going into the week should not go unrecognized.

The Tigers came into this week sitting pretty in the AL Central after a four game sweep of the Cleveland Indians, but facing a tough stretch: eight games in seven days on the back end of a 10 game road trip. They were able to keep their heads above water, going 4-4 on the week and staying six games ahead of the Indians in the Central.

They got off to a rough start, dropping their first two games against the Chicago White Sox. Chris Sale held the Tigers offense in check on Monday, leading the Sox to an easy 6-2 win. The Tigers' offense left a boatload of runners on base on Tuesday against Hector Santiago and eventually dropped a 4-3 contest in extra innings. 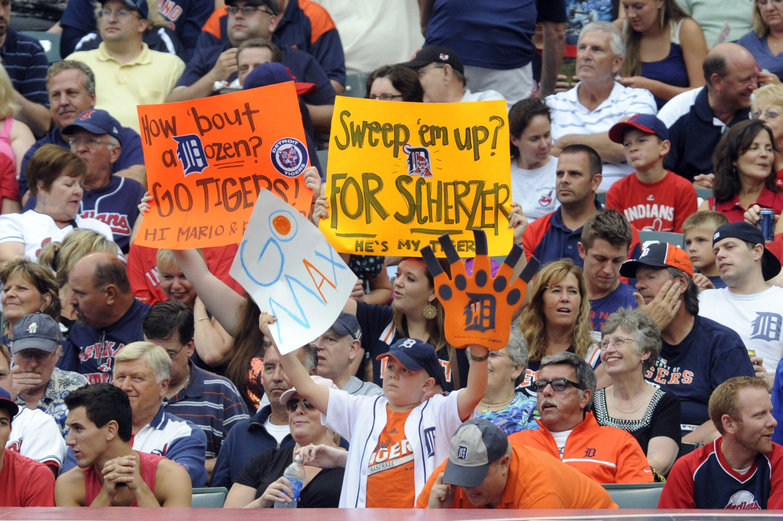 Kurt and Al catch up with a couple of controversy filled weeks, from the Jhonny Peralta fallout, the Jose Iglesias trade, Miguel Cabrera doing amazing things and the Tigers bulldozing their way to a stranglehold on the AL Central.

They got back on the right side of the ledger on Wednesday, knocking around John Danks for six runs en route to a 6-4 victory. It was Rick Porcello's ninth victory of the season, setting him up to be the fifth Tigers pitcher with double digit victories on the season with his next 'W'. The Tigers ended their road trip with a 6-4 record.

The Kansas City Royals came into town on a roll, winning 19 of their 26 games since the All-Star Break, but having lost two in a row to the Miami Marlins. The Tigers made it three losses in a row for the Royals with a 4-1 victory on Thursday evening. Anibal Sanchez turned a shaky beginning into a dominant start, and Prince Fielder broke a long homer-less drought.

The Royals swept a doubleheader on Friday, winning 2-1 and 3-0 in a pair of games that were nearly unwatchable for Tigers fans. It looked as if the Royals were going to make it three in a row on Saturday when the Tigers couldn't hold a lead, but Miguel Cabrera handed the Tigers their 72nd win of the year with an opposite field walk-off home run in the bottom of the ninth inning.

Cabrera got the Tigers off to a quick start on Sunday, hitting a two-run homer on the first pitch he saw from Royals starter Bruce Chen. Cabrera drove in a third run in the third inning, giving Max Scherzer plenty of cushion. Joaquin Benoit gave up a run in a non-save situation in the ninth, but the Tigers won a comfortable 6-3 contest to take the series 3-2.

Was there any question? Cabrera had another monster week, hitting .303/.361/.727 with four home runs and 10 RBI. He and Prince Fielder carried the Tigers lineup, driving in 14 of the 28 runs they scored during the week. Cabrera's walkoff home run on Saturday was a punctuation on yet another monster week for the reigning MVP.

Pitcher of the week: Joaquin Benoit

The only run Benoit gave up this week came today in a non-save situation. In the 3 2/3 innings before that, Benoit was lights out, allowing one hit and two walks in three outings. His five-out save on Wednesday against the White Sox might have been his best outing of the season, and one that the Tigers desperately needed. 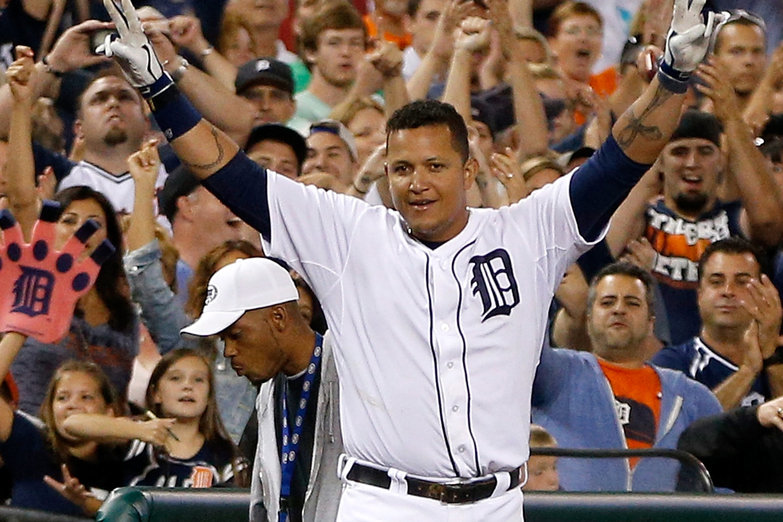 The Tigers will enjoy a much-needed day off today before welcoming the Minnesota Twins to Comerica Park for a three game set. They will face rookie sensation Andrew Albers, who started his career with 18 scoreless innings before allowing a run last night against the White Sox. After their series against the Twins, the Tigers will travel to New York for the second time in two weeks, but this time to face the Mets.

Now, please forgive me while I salivate over the matchup on Saturday afternoon. Those outside the FOX "national" broadcast window will miss the Harvey-Scherzer showdown that we got a taste of in the All-Star Game. They will not have to deal with Zack Wheeler though, instead facing Jenrry Mejia and Dillon Gee on Friday and Sunday, respectively.

Triple-A Toledo continued to struggle, going 1-5 on the week. Nick Castellanos returned to form, hitting .294/.333/.529 in four games with a home run and a double.

The West Michigan Whitecaps started off the week nicely, winning 10-4 against South Bend. Things went south soon after, and they finished 2-4 on the week. They allowed 32 runs in their six games.

Connecticut went 3-2 in a short week due to the New York-Penn League All-Star Game. Among the participants were Ben Verlander, who went 1-for-2, and Jonathan Crawford, who pitched a scoreless inning with two strikeouts.

The GCL Tigers went 4-3 last week, leaving them three games behind the GCL Yankees in the Northeast Division.