Mike Fratello has competition in the battle of telestrators.

Share All sharing options for: Rod Allen, true 'Czar of the Telestrator'

Rod Allen was caught on an open mic before today's Tigers - Mets game, testing his telestrator skills. This is the art which resulted from his doodling. 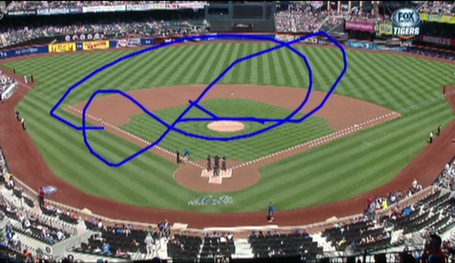 Wait a sec. That looks familiar. Was Rod actually doodling or was his subconscious at work?

Added bonus footage: This is the play at the plate which caused the infamous ruckus in Japan.