The Tigers finished off a solid week by sweeping the New York Mets at Citi Field. They are a season-high 24 games above .500.

It was hard to blame the Tigers for slogging through a 4-4 week last week, especially considering they had played 18 games in 17 days without a day off since August 1st. This week, they made the most of an off day on Monday to win four of their six games, including a three game sweep in New York this weekend.

Things got off to a rough start against the Minnesota Twins on Tuesday. Justin Morneau hit Despite Joe Mauer's absence from the entire series due to an injury, the Twins still put up 14 runs in the three game series, including six in the series opener. Justin Morneau hit a two-run homer off Rick Porcello and a two-run double off Phil Coke. Morneau terrorized the Tigers in the series, picking up six hits in 14 plate appearances.

The Tigers got back on track on Wednesday, scoring seven runs in the seventh and eighth innings en route to a 7-1 victory. Anibal Sanchez allowed one run in 6 2/3 innings, but Drew Smyly vultured the win with a scoreless inning in relief. The Tigers seemed dead to rights on Thursday, falling behind the Twins 6-2 in the sixth inning. They roared back with four runs in the bottom of the sixth to tie the score, but Bruce Rondon allowed a run in the eighth and the Tigers dropped the series. 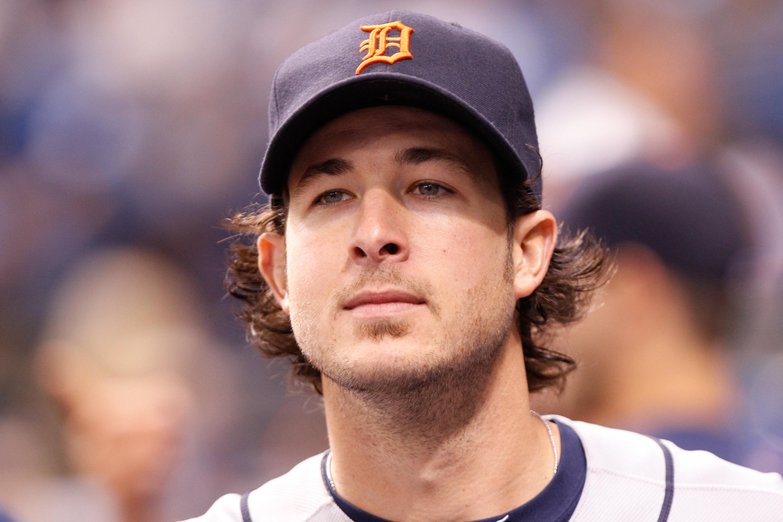 Kurt and Al take on the last week of Tigers baseball, forget Darin Downs was in the bullpen, give Prince Fielder his personal space and believe apologies for PED use are a complete waste of time.

New York Mets rookie Jenrry Mejia was originally slated to pitch on Friday, but an injury led them to sign Daisuke Matsuzaka and immediately insert him into their rotation. Dice-K's return to the big leagues didn't go well, as the Tigers put up five runs in the first two innings. Doug Fister coasted his way to his 11th win of the year.

Saturday's pitching matchup between Max Scherzer and Matt Harvey didn't quite live up to its billing, as the Tigers knocked Harvey around to the tune of 13 hits in 6 2/3 innings. Scherzer was inefficient, but still pitched six shutout innings. He also hit an RBI double to help his own cause. The Tigers finished off the sweep yesterday with another blowout win, scoring seven runs in the ninth inning to turn a close game into a laugher.

Remember that slump? Jackson has broken out in a big way, posting his second monster week in a row. He played Robin to Miguel Cabrera's Batman last week, but this week Jackson upped his game by hitting .429/.452/.643 with two homers, eight runs scored, and seven RBI in six games. Miggy had another big week, hitting .346/.414/.615 with a couple homers.

Scherzer wasn't as sharp as usual, walking four batters in six innings. Other than that, however, he was dominant. Scherzer struck out 11 in those six shutout innings, out-dueling Mets ace Matt Harvey in their Saturday showdown. Al Alburquerque, Jose Alvarez, Drew Smyly, Joaquin Benoit, and Jose Veras combined to throw 9 1/3 shutout innings out of the bullpen. 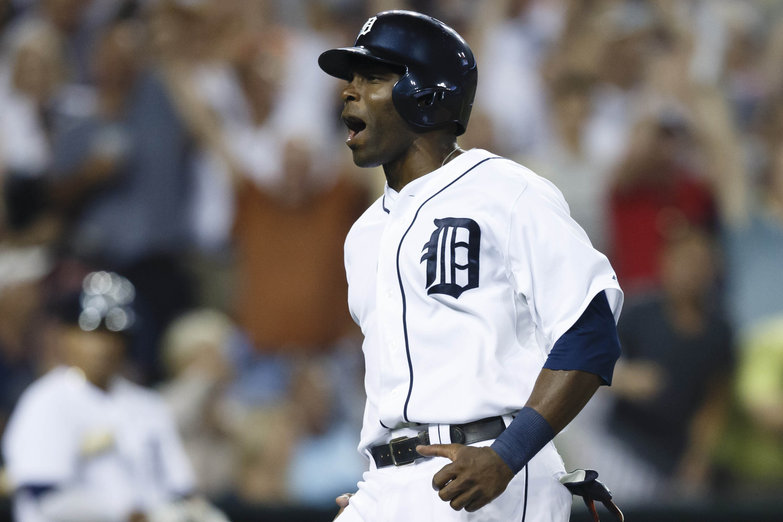 The Tigers broke open a tight game with seven unanswered runs to beat the Twins.

The Tigers will return home for all seven games next week, hosting the Oakland A's and Cleveland Indians. The A's have been on a slide lately, losing three of their last four series. They are just 16-17 since the All-Star Break but still hold a 1 1/2 game over the Indians in the Wild Card standings. Speaking of the Tribe, they have recovered from the skid that the Tigers caused in Cleveland a couple weeks ago, winning nine of their last 13 games.

Advanced-A Lakeland: 2-3 last week, 27-27 in the second half, third in the Florida State League North division.

Single-A West Michigan: 6-2 last week, 31-30 in the second half, fifth in the Midwest League Eastern division.