Jeremy Bonderman re-introduces himself to Tigers

Making his second debut with the team, a re-created Jeremy Bonderman has already made an important contribution.

Share All sharing options for: Jeremy Bonderman re-introduces himself to Tigers

Maybe you can go home again.

Ten years after Jeremy Bonderman, once the 20-year-old wunderkind asked to step into the rotation of one of the worst teams in the modern history of the game, made his Tigers debut, he successfully re-introduced himself to the organization.

Wednesday Bonderman threw three innings of scoreless relief, allowing just a hit and picking up the win when his team surged ahead in the 14th inning.

Bonderman was unimpressed by his own narrative, which is not really much of a surprise if you remember him. Via the News:  "It's just good to get back in the game," Bonderman said. "I want to contribute and I was able to do that."

It's a turnaround few, if any, could have expected in 2010. When Bonderman last wore the team uniform in a game that counted, he was awful. His velocity was down, batters teed off on him. He bared little resemblance to the pitcher of a few years prior, the young right-hander who was healthy and had his future ahead of him.

It's too early to buy the narrative completely: after all, this is just one game. But for a day, let's just celebrate what we saw. 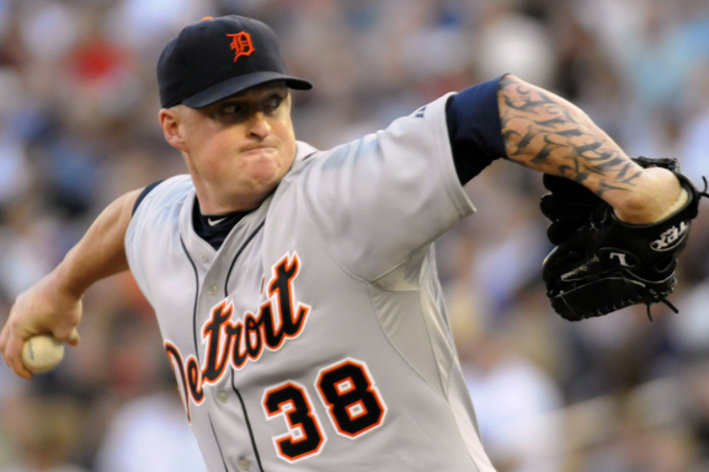 Thought to be a key piece of the team's future after a 14-8, 4.08 ERA 2006 during the franchise's resurgence, Bonderman lost his effectiveness during the final two months of 2007 -- and not coincidentally the team fell from having the league's best record at the All-Star Break to missing the playoffs entirely. In 2008, a blood cot was discovered, requiring surgery for thoracic outlet syndrome.

How the Tigers fixed their bullpen 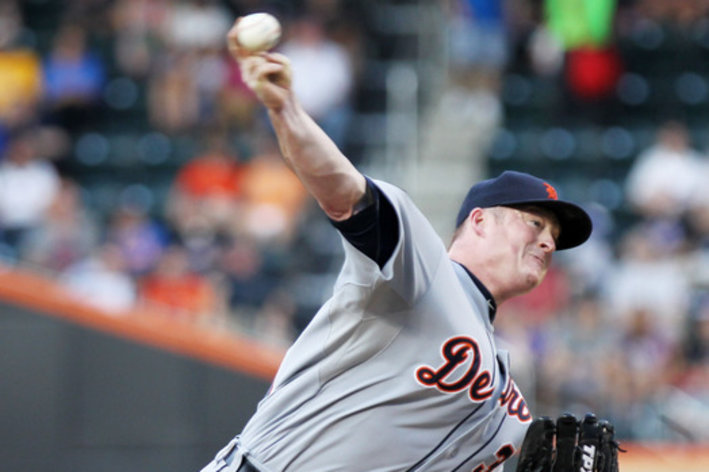 The Tigers suddenly have a deep bullpen. Where did they find the arms?

Upon his return in 2009, the effects were immediate: a loss of velocity and six runs allowed in a start and June, followed by a return to the minors. He made 29 starts in 2010, ending the year with an awful nine-run, 4 1/3 inning performance, and did not play in the majors again until 2013. In fact, Bonderman retired for a period of time in the middle and even went so far as to have Tommy John Surgery in 2012.

It's too early to say whether the Tigers have carved out this role for him, though it seems likely after optioning both Luke Putkonen and Evan Reed to the minors in the past two weeks. Bonderman started all seven appearances with the Mariners before being released earlier in the year, giving him the durability to stick around for multiple innings.

2009 was the last time Bonderman had an extended experience in relief, pitching seven games out of the pen for the Tigers that year in September. He allowed runs in two games -- though a three-run appearance marred his numbers. Before that, you had to go back to his rookie year to find a relief appearance. Even though 200 of his 215 major-league games were in the starters role, the bullpen would suit Bonderman just fine.

"The only difference in pitching out of the bullpen is you don't have to reserve anything," he said. "You can just let it go. That's one thing I kind of like. You don't have to worry about saving anything for seven, eight innings. You can just go out there and let it fly and just attack guys."

That's exactly what he did, too. His fastball sat in the 92-93 range and peaked at 95. He threw his slider nine times and got four whiffs. And best of all: past narratives about the changeup can be relegated to history.

If Bonderman shows up most days looking like he did against the Indians, his second go-round in Detroit may yet be as memorable as first. And with the team better than it's been in decades, this story may finally get the happy ending it lacked before.