What will happen in the post-season this year? All the answers (and none of the explanations) are right here.

We're closing in fast on MLB playoff season and the Fall Classic (and by "Fall Classic" I obviously mean the Sam Adams "Harvest Pumpkin Ale.") At the time of this writing, the Atlanta Braves, Los Angeles Dodgers and Boston Red Sox are all down to a magic number of four, and our own Detroit Tigers are down to a magic number of seven. (Meanwhile, if anyone cares, I am down to a sleep number of two.) What can we expect in the coming October match-ups? I'll tell you.

What are your predictions for the Division Championship Series contestants?

In the American League, it will be the Tigers, Red Sox, Athletics and Mike Napoli's beard.

Why do you keep picking on beards?

I have nothing against beards. I'm just saying that if at any point the Athletics and Red Sox face each other, and Gillette fails to buy exclusive sponsorship the event, we will all be the losers for it.

What about the National League?

They still let pitchers bat, so I don't really care. But it will be the Braves, Dodgers, and -- in a startling development -- a weird Cardinals/Pirates hybrid team that will form when the two teams finally decide to make peace in their division and join forces, surprising the crap out of Bud Selig when it is realized that, technically, there is no rule against this that anyone has noticed in the last hour.

What about the Wild Card spots?

Deuces and Jokers all the way.

Who do you like in the League Championship Series?

I predict a Red Sox vs. Tigers ALCS, after the Tigers struggle and barely overcome the Athletics (despite not having home field advantage), and after the Red Sox zip like an angry buzz-saw through whatever sacrificial victim the American League offers them. In the National League, it will be the Dodgers vs. the Braves after the Wild Card team forgets that they were supposed to be in the NLDS, and the Pirates/Cardinals hybrid team falls apart faster than Frankenstein's monster.

So who will we be seeing in the World Series?

It will be a battle of the broadcasters, with the Dodgers' Vin Scully squaring off against the Tigers' Mario Impemba and Rod Allen. The Tigers will trade games with the Red Sox until they stand at 2-2, then Prince Fielder's beard will reach its full 2012 form and the Tigers will easily take the next two games, because the Red Sox will be rolling around the field laughing. Neither team will realize they've accidentally played all six games in Oakland.

The Dodgers will struggle at first when Don Mattingly arrogantly decides he can beat them using only Clayton Kershaw and Yasiel Puig, and will reluctantly concede that he needs a bit more support in his lineup when the Braves jump to a 2-0 series lead. Kirk Gibson will be grandfathered onto the roster and will hit four consecutive walk-off home runs, pimping each one more exaggeratedly than the last, until he ends by hitting the final series-winning home run and proceeds to make out with Mike Minor's mom right on the pitcher's mound before rounding the bases. (See what I did there?) Several Braves' players' heads will literally explode in rage, and Vin Scully will yell, "In a year that has been so predictable, the ridiculous has happened!" He will immediately win several broadcasting awards. 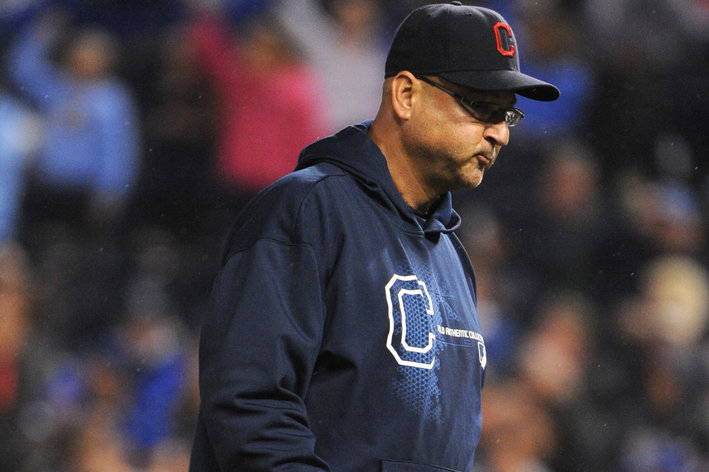 Who will win the World Series?

The Tigers, and to everyone's surprise, it won't even be close. The only questionable moment will come in the fourth game, with the Tigers leading the series 3-0. Mattingly will again call upon Kirk Gibson to be a late-innings hero, but Leyland will counter with a super-amped Phil Coke, who will be wearing an obviously fake Goose Gossage-style mustache. Vin Scully will pull a Hawk Harrelson by creating a full three minutes of dead air while he frantically shuffles papers and tries to understand what's happening. He will immediately win several more broadcasting awards. Gibson will be rattled and disoriented, wondering which decade it is, and after striking Gibson out on three pitches, Coke will one-up himself by stealing and then spiking Gibson's batting helmet. For some reason, it will still be Gibson who appears on the front page of the next day's Detroit Free Press.

Will you please get the help you need?

Mom, is that you?

Are you serious about all of this stuff?

Almost none of it, except the results. The Tigers will eke out a win against Oakland. They will handle the Red Sox a bit more easily, but they won't lose less than two games. And this year, it will be the Dodgers who inexplicable collapse and get swept in the World Series.

I'd bet your last dollar on it.