Let's soften up the Senior Circuit with some new logo concepts and awful photoshopping.

As the Tigers magic number slowly falls, fans dare to hope about the playoff baseball to come. Of course the big prize at the end of this thing is the World Series, a best of seven against the finest the National League has to offer. Unfortunately the last two go-arounds for the Tigers haven't been so impressive. What was the problem? Lack of clutch hitting? Poor fielding by pitchers? I think it was simply intimidation. Those NL teams look pretty tough. I thought I would do my part to soften up those punks from the Senior Circuit with some new logo concepts.

The Marlin is indeed a noble fish. Powerful, graceful...um...blue; it has it all. Instead of the salt water powerhouse let's think instead of former NASCAR driver Sterling Marlin. Seems a little softer, right? 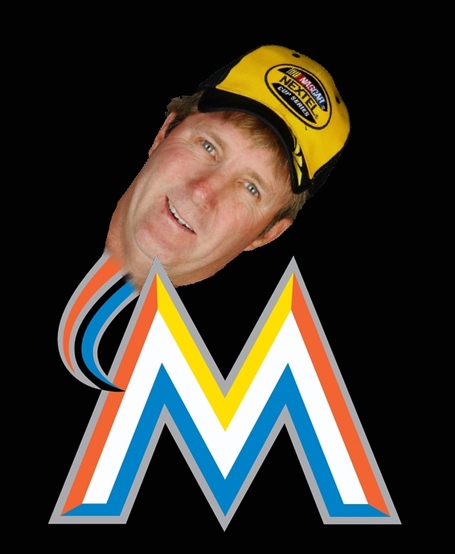 The Braves are named after Native American warriors, surely nothing to scoff at. The very word "brave" conjurers up heroic images - charging the front lines of the enemy, storming a castle, running into a burning building to save a child. But let's be real, not many of us really do these things, and neither do the Atlanta Braves. When my wife tells me I need to be brave it is usually to get me to go the doctor. Let's remove the tomahawk and replace it with something more realistic - one of those knee reflex hammer things.

Of course Mrs. Met will need a makeover, too. 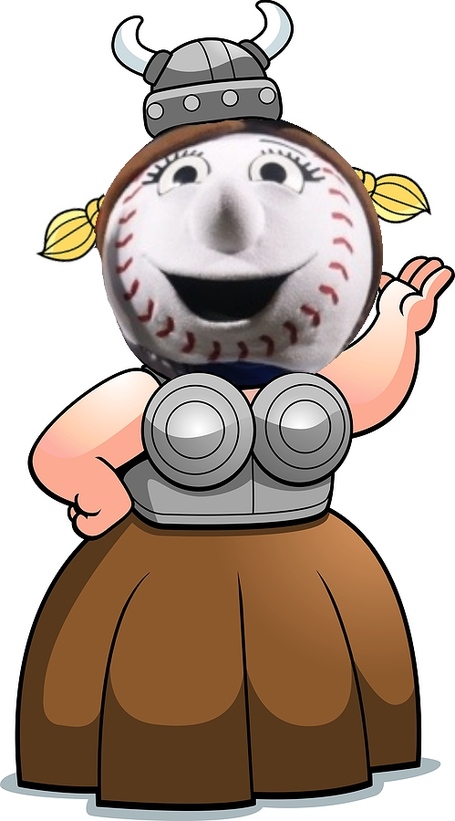 Philly is a tough town with resilient, tough residents. These attributes are reflected in the team's logo with venerable Liberty Bell. Even though it is cracked it has stood the test of time. A noble emblem for the city and the Phillies baseball club. We can fix that by replacing the Liberty Bell with something with a bit less gravitas: kindergarten classroom jingle bells. 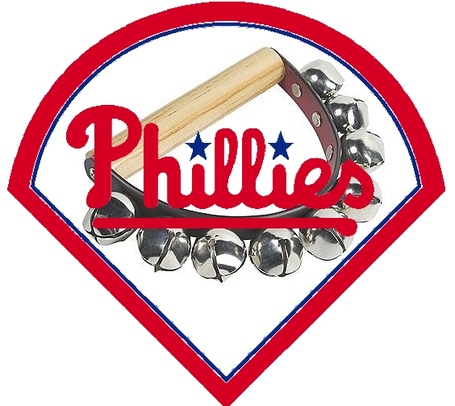 "Nationals" is a great name to suggest the might of our federal government and the power that resides in the District of Columbia. We can cheapen the name by substituting a rather unremarkable rental car company. 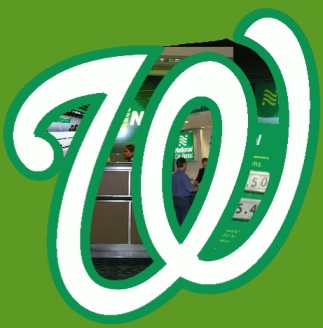 I'll let this cartoon from Jessie Cline at calmblueoceans.com explain this one: 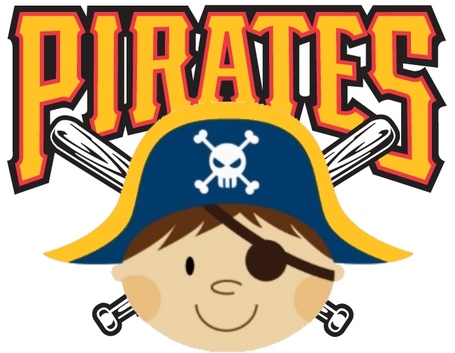 Cardinals don't seem too scary, but they are even less scary when they are dead. 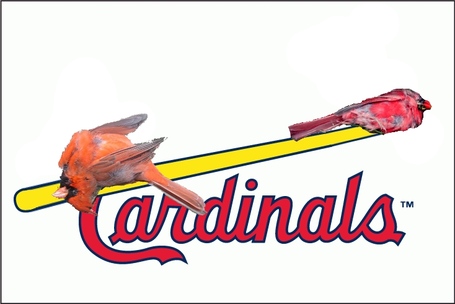 Really Chicago? Your mascot is a baby animal? Even worse, if we want to truly represent the low state of the Cubs we need an image that is even more weak. Luckily I found it: a baby animal with its head stuck in a jar. Yes, this really happened. 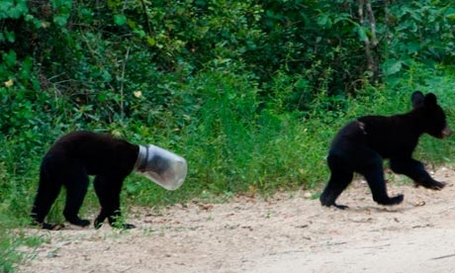 The Cub must have seen something that looked good at the time (maybe Alfonso Soriano) in the bottom of the jar, dove right in, and then was saddled with consequences for a long time. 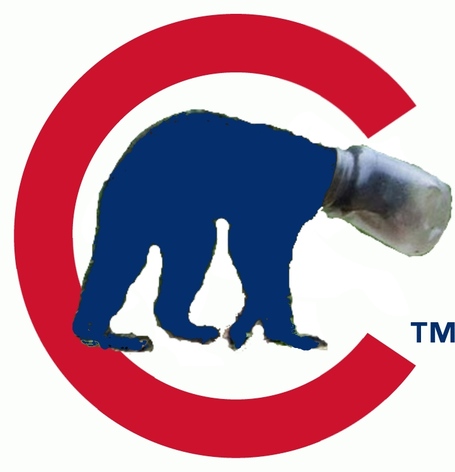 "Reds" is no longer a reference to the color, it is now simply the plural of Taylor Swift's multi-platinum selling album Red. Pretty soft if you ask me. 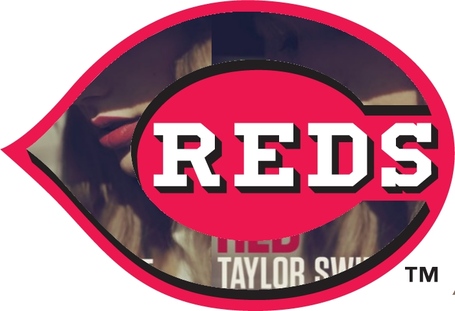 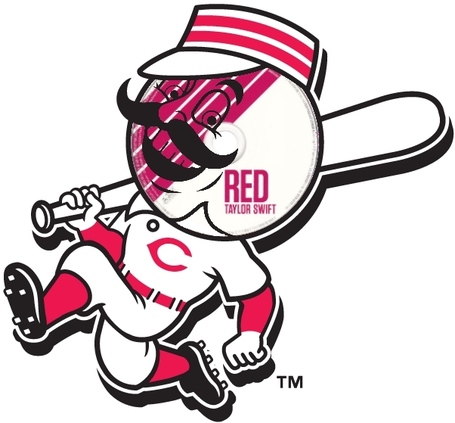 Diamondbacks are poisonous snakes: pretty intimidating! Instead of snakes let's think of "Diamondbacks" as people who are wearing argyle sweater vests. 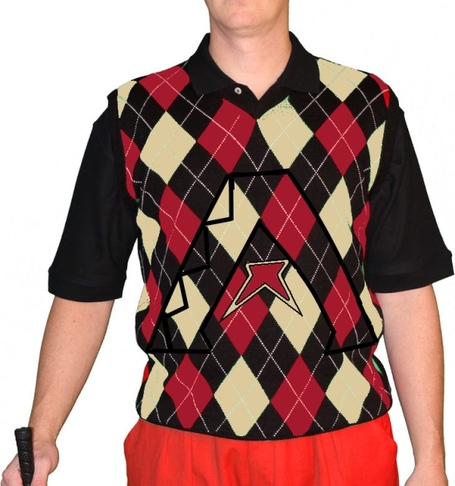 "Dodgers" is not a very tough nickname to start with. I mean, these are people who made a name for themselves by running away from something. It is pretty hard to make this name even more wussy, but we managed. Instead of people dodging, think of "Dodgers" as people who own Dodge Neons, like these proud fellows. 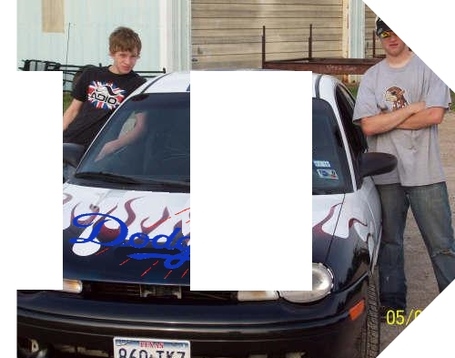 Giants are pretty intimidating until you take a moment to think about it. You ever see the world's tallest men in the Guinness Book of World Records? They are always walking around with crutches, limping, and generally looking fragile. The new "I" in the Giants logo is Sultan Kösen, a native of Turkey who is the tallest living man. According to Wikipedia, " His growth has resulted from a tumour affecting his pituitary gland. His stature is such that he must use crutches in order to walk. Kösen lives with his parents, three brothers and sister, who are all of normal height. He was unable to complete his schooling because of his height and works part-time as a farmer. [He] enjoys playing computer games with his friends."

Dude, this guy is nothing to be afraid of. He's basically your slacker cousin. 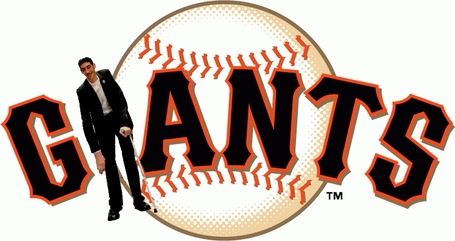 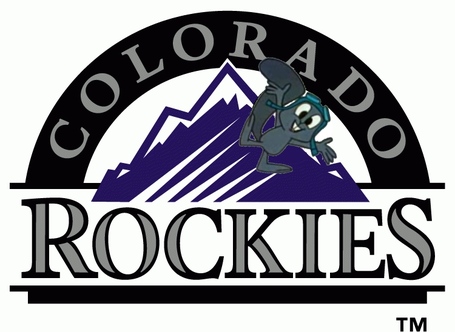 Unless you go for the obvious jokes, Catholic priests don't seem too frightening. The original Padres logo has a friar who has a goofy haircut and is wearing sandals and a robe. OMG, THE FRIAR IS A HIPSTER!! The only way I could make him more wussy is to add some hipster glasses, a leather messenger bag, and a Starbucks pumpkin spice latte (ran out of room to add the fixed gear bike). 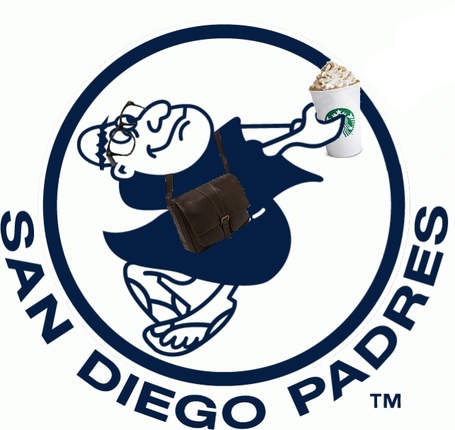 •Jhonny Peralta has a role to fill in the postseason