The top 10 prospects, best players under age 25 and the farm's best tools were announced

Two of the top three Tigers prospects, as ranked today by Baseball America, already have major league experience. The list is of course headed by Nick Castellanos, who is expected to take over the hot corner with Miguel Cabrera returning to first base in 2014. No. 3 on the list: Bruce Rondon, who was once expected to be the franchise's future closer and who made his debut last year but struggled a bit and suffered a bite from the injury bug. Left-handed pitcher Robbie Ray, the top prize in the trade that sent Doug Fister to the Nationals, ranked fourth. Outside of a few of 2013's draft picks, RHPs Jonathon Crawford and Corey Knebel, you may not be too familiar with anyone else on the list. 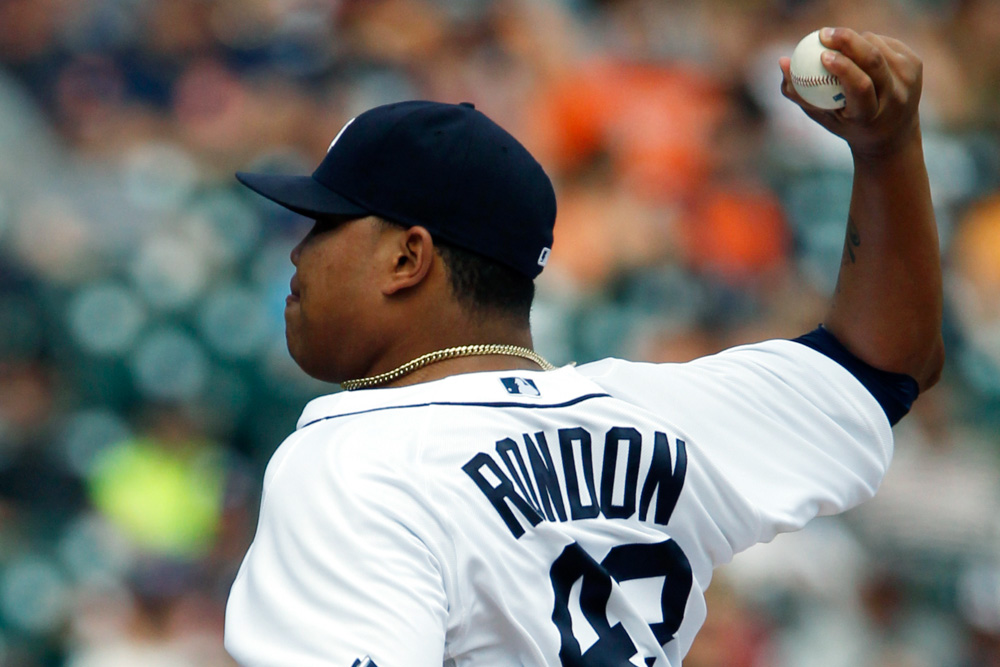 A few of the notable "bests":

BA also ranked the top players under age 25 as well, a list that surely looks a little better to fans: Castellanos again leads there, followed by shortstop Jose Iglesias, starters Rick Porcello and Drew Smyly, with the top five rounded out by infielder Devon Travis. Infielder Hernan Perez, who has some major league experience, came in 13th, while catcher James McCann, who has a non-roster invite to spring training this year, was placed at 15th.

Of course, we know the organization ranks toward the bottom in prospect rankings -- rightfully so. But BA's Ben Badler noted the Tigers' ability to overcome that:

The Tigers’ track record in trades and free agency speaks both to the organization’s ability to forecast performance for other teams’ major leaguers and to properly evaluate their own prospect inventory. While some teams fall too much in love with the prospects they signed as amateurs and have spent time developing, the Tigers have done well selling off their prospects at the peak of their value.

To cross-reference a bit, here's a much different looking Baseball Prospectus' list (which came out before the Fister trade).

Our own Jordan Gorosh is putting together his own list and will be releasing it soon. Details here.

So, what do we think? Any surprises?