The Tigers look great on the field, but could their style be improved? We take a look at some creative Tigers uniform concepts.

The Tigers home uniform is classic to the point of being sacred. It is untouchable. And, in fact, since 1934 the classic dark blue Old English D on the bright white jersey has remained almost unaltered.

But the off-season is a time to dream. What if we were to throw tradition aside for a moment and try on some new clothes?

To be fair the Tigers have mixed in a little unique style. There have been various Detroit Stars throwbacks for Negro Leagues weekend such as this one the Tigers wore on April 27, 2013: 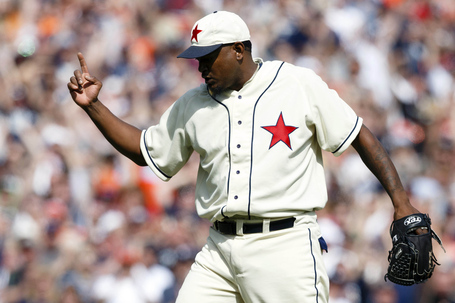 And also this look for Fiesta Tigres. 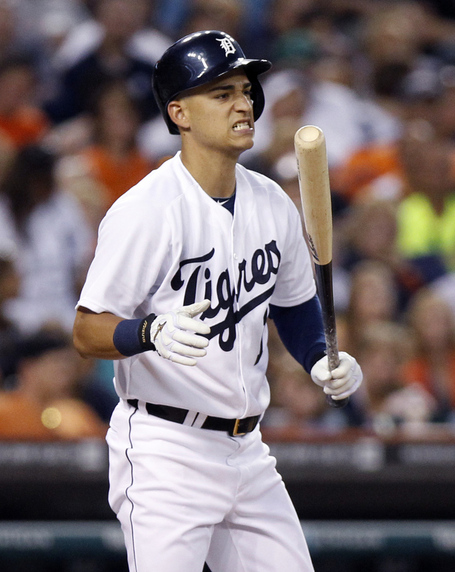 I initially thought this uniform was pretty bad as it looked too much like the Dodgers uni. But I softened once I learned it was a 1960 throwback.

But outside of obvious throwbacks, what new ideas are there?

Scott D. at his blog The Concept Corner took a shot. Here is what he came up with: 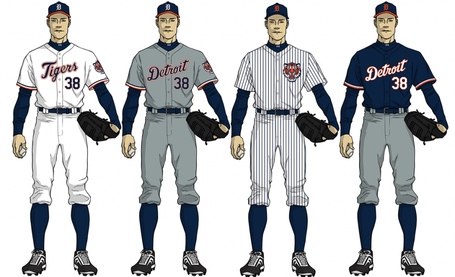 Really good looking set here. I especially love the dark blue jersey with the gray pants. And ALWAYS high socks. I don't care for the pinstripes though (for obvious reasons), and an orange brim with a blue hat always looks cheap to me.

Mark Rabinowitz developed an entirely new logo for his away look:

Nice use of the Old English D in the Detroit word mark. You'll see that is a theme in more the designs below.

Bowen Hobbs on his blog 44th & Goal did a whole set of redesigns including these away jerseys I really like: 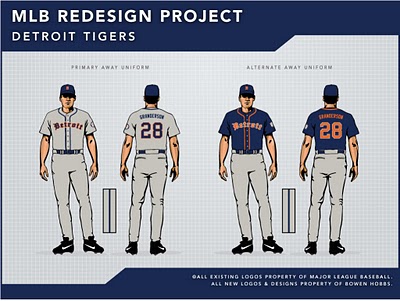 The orange lettering and numbers on the dark blue works well.

Ian Baker of did an entire Tigers redesign. Logo, wordmarks, uniform, the works. 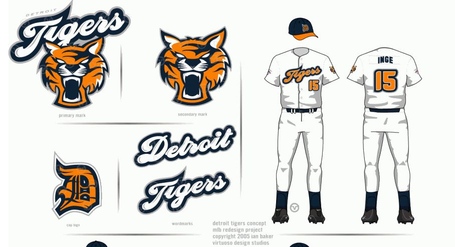 I like the Tiger face, but the type face looks a little too Kirby's Dreamland, that is, a little too poofy for me.

Here is a video game rendered style from user CircleChange11: 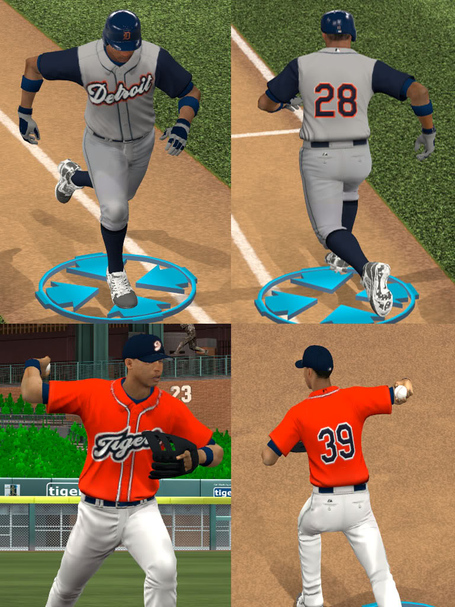 Can we say an absolutely no to the vest look? The vest is stupid.

A user at sportslogos.net, Unwind, came up with this pair of designs:

I never liked the Tiger poking through the D logo. There is logo floating around that is just the Tiger's head (a la the CoPa logo) set inside a circle. That one works pretty well I think.

Greg Seher did a host of MLB designs on his blog. He stayed pretty standard with the Tigers but I think these look sharp: 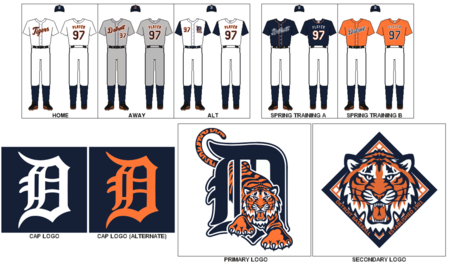 The more I see it designed, the more I could be talked into an orange alternate jersey, especially paired with the home white pants.

Sportslogo.net user kingssss isn't afraid of the vest look. Kingssss did a few variations around this look: 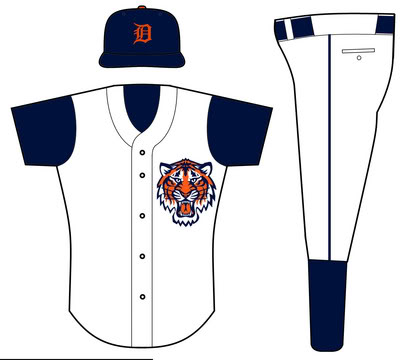 Also on that website, user jkdevil offered up this design:

After reviewing dozens of concepts the consensus remains: never touch the home uniforms. I would be up for changing the road unis though.

Instead of the script word mark I would go back to the block style they had in the late 80's early 90's. Like this: 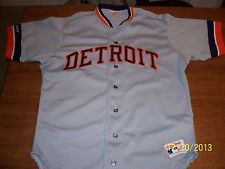 But I would never do a pullover, ditch the stripes on the collar, make the sleeve stripes both blue, and add the modern "Y" style piping.

This is quick and dirty, but it would look like this: 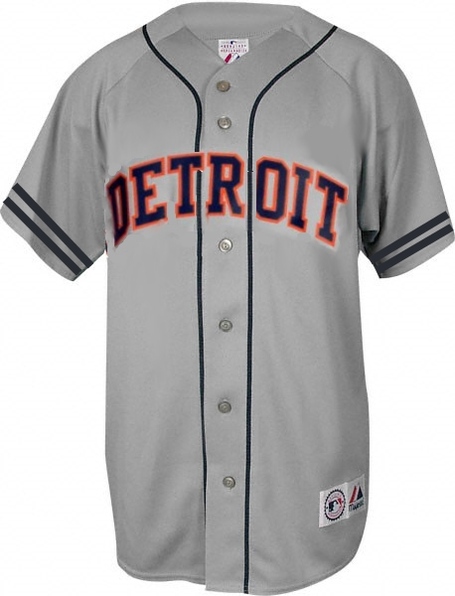 Sexy eh? Pair this with high blue socks with orange stripes (the stripes give a nod to tiger stripes without being Cincinnati Bengals fugly) and you would have the sharpest look in the league.

What do you think? Any new designs to contribute?