Novel food offerings have become as much a signature of minor league games as mascots and dizzy-bat races. Let's explore some new creations.

The West Michigan Whitecaps are at it again. The Tigers' Class A affiliate is soliciting ideas for new, wacky ballpark foods. This is the same club known for such menu offerings as the Fifth Third Burger, an insanely huge burger comprised of 5 1/3 pound patties, and the Baco, a taco encased in woven bacon strips instead of a tortilla.

As a side benefit media outlets looove picking up on these stories to lighten the mood of their normal real-news drudgery. "UNEMPLOYMENT IS UP, BUT HEY, LOOK AT THIS FOOD THAT WILL MAKE YOU SUPER FAT! WOOT!" The team laughs all the way as it bathes in the free publicity. Shoot, they even hosted an episode of Man Vs. Food at the park.

What should the 'Caps, or any minor league club for that matter, look for in a gut violating food? If you are an aspiring Spilly and want your food featured in the park here are your target categories:

Wacky - The item has to have some wow factor. If it is a normal food it needs to have some sort of comedic spin or crazy combination.

Sound delicious - It doesn't actually have to be delicious, it just needs to sound delicious. Ok, so maybe Spilly wouldn't be a great mentor after all.

Calories - The more the merrier! This is no time for rabbit food. People want to be stunned by the indulgence of it all. Bigger the better.

Viral - No, we don't want the food filled with pathogens (ideally). We want a food people will talk about and share around the water cooler or online. (see wacky)

Clever, punny name - This is vital. If the name doesn't roll off the tongue the food will never roll onto anyone's tongue. The Fifth Third Burger explained the contents into the name and referenced the name of the ballpark's sponsoring bank. The Baco was a combination of the the words Bacon and Taco. See what they did there!?

Local flair - This is a bonus item. If you can tie the food into local customs or culture, you have a hit on your hands.

We've already explored the Fifth Third Burger and the Baco, but what about some new ideas? Here are some options:

If you know anything about West Michigan, you know that every third building is named after a member of the DeVos or the VanAndel families. The Grand Rapids Griffins play in the Van Andel Arena. If you are going to see the symphony you go to DeVos Hall. These two families have money and power and it all started right outside of Grand Rapids. They came into their money through the explosion of direct sale giant Amway Corporation. Amway has been pejoratively described as a pyramid scheme with upper end "business owners" collecting residuals on the sales of lower "business owners."

What better way to celebrate this local flair than with a decadent dessert? Check out this waffle "cone" pyramid with two big balls of vanilla ice cream covered in mint and chocolate syrup and garnished with a big foil wrapped chocolate coin. Yum! 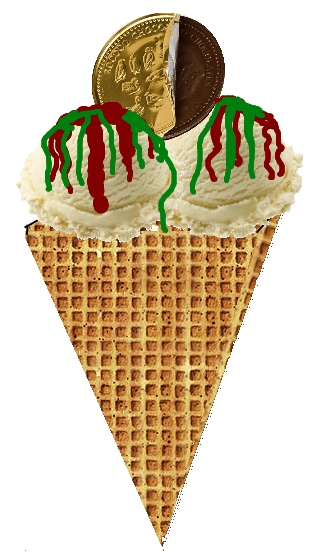 Perhaps you heard about the fire at the Whitecaps' home park. While tragic, no one was hurt and the reconstruction is proceeding safely. So why not have a little fun with it? The fire started in a suite and smoke poured into the sky. Let's pay tribute with a huge helping of smoked pork in a sweet honey sauce served on crusty baguette and placed on a charred wooden board. Each order also gets a commemorative fire extinguisher inspired steel water bottle! 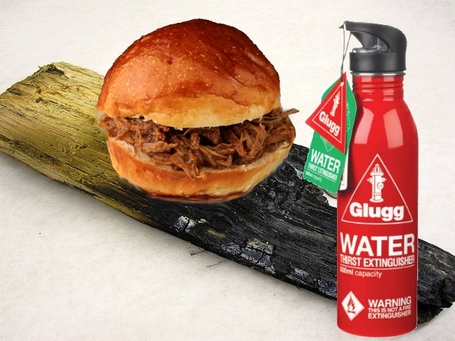 Nutella is hotter than Hansel right now. Everyone loves the sticky, viscous choco-hazelnut spread. But how can we step it up a notch? Easy, serve it in Play-Doh fun factory!

But what to put it on... The Whitecap's new manager is Australian Andrew GRAHAM. DUH, EXTRUDE THAT MESS ON SOME GRAHAM CRACKERS! 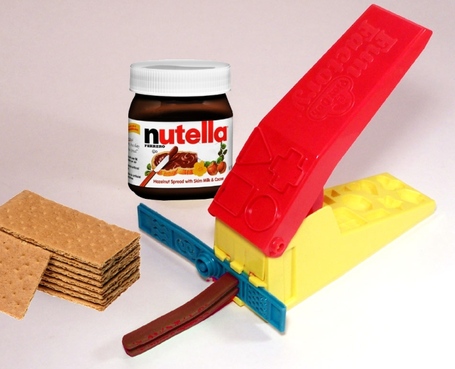 Speaking of Australia, in honor of the manager we need the most Australian food to pay him honor. *googles* *googles* Humm ... Vegimite. *Let's see what wiki says* "Vegemite is a dark brown Australian food paste made from leftover brewers' yeast extract with various vegetable and spice additives"

OK, how about the second most Austrailian of foods: DUNKAROOS! 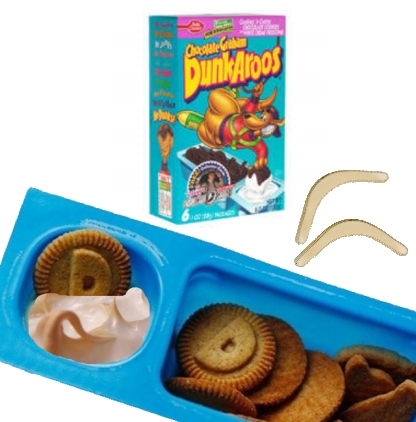 Perfect, but we can't serve them alone. We need to represent the Whitecaps. What has more "white caps" than a nice meringue? Slap that stuff with the Dunkaroos and serve with a tiny wooden boomerangs to scrape up and eat any missed meringue. Money!

The Internet loves bacon, but the Baco was just done just last year. How can we possibly step things up? How about a Lincoln Log style cabin made entirely of pork products? The floor will be slices of thick ham, the walls are sausage links held together by toothpicks, and a roof composed of crispy bacon. 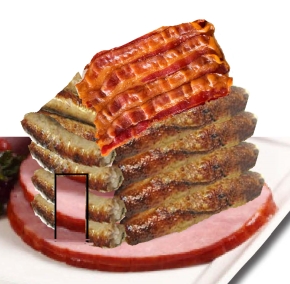 Think you can do better?

Submit your ideas to the 'Caps or in the comments below. Bon appétit and eet smakelijk!