No photo of Jeff was available, so I chose Joba.

The larger and older of the Tigers two J. Thompson's at WMI last year only threw 45 innings after being drafted in the 3rd round out of Louisville. He threw 107 innings in college, so 152 in total last season. That's a solid number for a guy in his 21 year old campaign. Now 22, Thompson should continue to work around that 130-150 inning mark, probably between Low A and High A. Aforementioned there's a log jam of arms between the lower levels of the minors, and even the Tigers aren't sure where some of these guys are going to go yet.

2014 Projected Team: Low A and High A variation 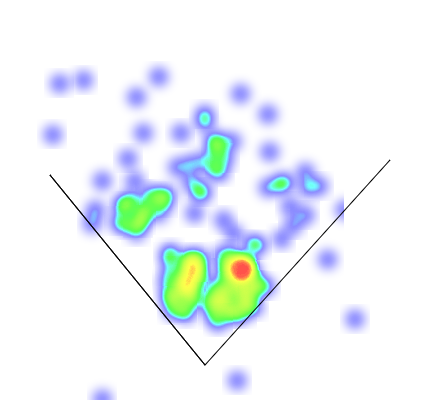 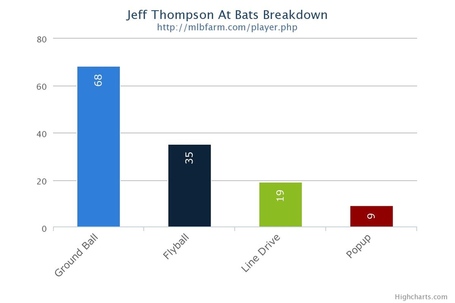 Thompson was taken in the third round, as the 94th pick overall in the 2013 draft, and given a bonus of 550K. I stood next to him at West Michigan, and he is certainly a physical specimen. Honestly, he's built like a rangy NBA 2 guard, or could even slide over to the 3. Ironically enough, Jeff was a basketball player for some time in his youth, and was quite good. Thompson is an outstanding athlete, with an ideal pitchers body. He looks like he could absolutely munch on innings. Last year at West Michigan, he mostly piggy backed with Jordan John, but this year, the Tigers should have no problem letting him loose.

Thompson features a 90-92 MPH fastball with some sink and run, that sometimes hits a tick higher. He's very good at generating ground balls. I'd estimate that he stays right around that range, although a tweak or two in mechanics, and he may sit a MPH higher. Jeff has long limbs, and could probably even stand to add 10-15 pounds in his lower body if absolutely necessary. His slider works in the low 80's, and that's his primary breaking pitch. It's a plus pitch at this point in time, with heavy spin and good depth, and he uses it as his 'put away' pitch. Shocker, I know, the Tigers have a big, giant, innings eating pitcher with two really nice pitches, and a developing change up. Of course, Jeff fits that mold, as he's trying to gauge out a feel for that third pitch.

The good news, however, is that Thompson has absolutely massive hands. That's great news for a pitcher, as it allows trust the grip and throw it naturally. This takes some getting used to, of course, but Jeff shows a solid command and control profile, and has an aptitude for pitching, so there's certainly a possibility that the change up plays. He's got good arm speed as well, which is integral when projecting a future change up. All the ingredients are there for that third pitch, and it's something that Thompson and the Tigers are working on actively. He may even want to consider using a 'vulcan change' grip, depending on how it feels. It's an easier pitch to throw than the split, because you don't have to pronate as much. As an aside, with those huge hands, I wouldn't rule out the possibility of an actual splitfinger at some point in time, even as a fourth pitch. Even though the Tigers haven't had many guys who've thrown one over the years (Benoit, sorta, and Valverde of course), those two guys didn't learn those in house. The Tigers don't preach cutters or splitters very often, but those two pitches, especially the cutter of course, have become more prominent in today's game.

Mechanically, Thompson has a few things to iron out. One thing that he may not be able to help is that his arms are very long, so he has an extremely long arm swing, and shows the hitter the ball early. This may be able to be quelled with some body positioning, or a change in his hip turn, but typically, you just let young pitchers do what they do. If it persists, and continues to give hitters an advantage, it's something to discuss. I would also like to see Thompson get a bit more balanced over the rubber, get more of a hip turn, and then fire his hips more as he uncoils. His glove hand becomes a bit weak as well, and he tends to drop it quickly, instead of getting it up as a target mechanism, and then eventually tucking it under his left arm pit. The Tigers are really good at identifying mechanical adjustments, and Thompson has the raw athleticism to make it work.

All in all, Thompson is a bit of a project, but at the same time, he's had success at a big school, some success in Low A, and is a stellar athlete. He's got control of two pitches, improving command, and huge hands in order to work on that third pitch. Selfishly, I'm hoping he's at WMI, at least at the beginning of the year, so I can see him throw a few times.