Harold Castro burst onto the scene in 2012 as a very young guy with a quick bat. He experienced some pitfalls in 2013, but, can he take a step forward in 2014?

It is safe to say that Harold did not have a great year. However, I was a bit surprised with the Tigers' handling of him. They pushed him super aggressively to Lakeland, where he played twice a week. Then, he was demoted to West Michigan after Devon Travis was promoted. Castro played most days, but not every. Young guys need plate appearances, so when you see a 19 year old only getting 233 over the course of a full season, it makes you wonder a bit. For the record, Harold finished the season 22 for his last 72, although he didn't show much power.

Thanks to James Chipman for the video, as always. 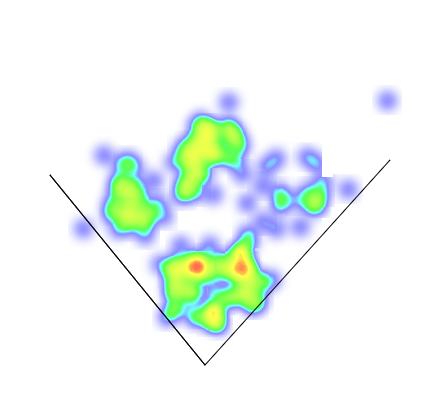 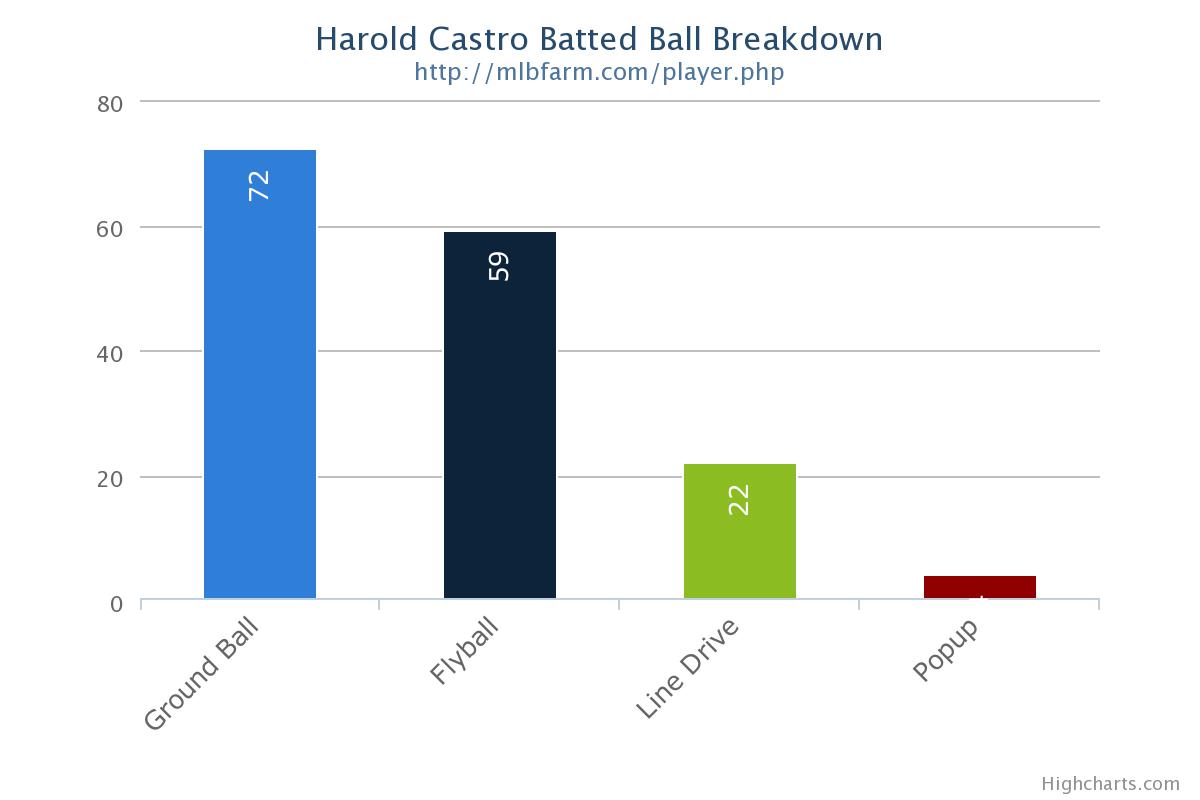 I know, it has been about a week since I last posted something. Serious #slack. I promise, this will be done before Opening Day is here. In fact, I am leaving for Florida on March 20 and will be watching the Tigers' backfield games for four or five days before departing for Arizona the next week. I will try to write these in advance so that I can get them out in time. Apologies for the minor delays. Anyway, let's discuss Harold Castro.

Castro is a guy that goes unheralded around the Tigers prospect community because he is super young, abstract, and his stats are not that great. However, a website that I really enjoy, Baseball Prospectus (shameless plug), had Castro ranked #10 in their 2013 version of the Tigers top prospects. They also had him #10 this year in a list that I helped put together.

Tell me if this shocks you. Please, put down what you are drinking right now, because of all the shock. Ready? Harold Castro is a Tigers middle infield prospect from Venezuela. Big, if true. True, if big. Signed in 2010, Castro made it stateside quickly, and jumped on the scene in 2012, when he hit .311 in the Gulf Coast League. Aforementioned, he jumped between two levels this season, accruing 80 plate appearances in Lakeland, where he hit .274/.316/.329, and then 153 more in West Michigan, where he limped to .231/.240/.313. Yes, that is correct: he walked twice in 153 plate appearances. That is bad. The young second baseman has a very wiry frame at 6'0", 150 lbs., and could easily add 25-30 pounds. He has long limbs and needs a cheeseburger (or four).

Castro has excellent bat-to-ball skills at the plate, especially for a kid his age. He has natural control of the barrel, and keeps the bat in the hitting zone for a long time. His swing is whippy but stays flat, and he shows an innate ability to hit the ball hard, especially to the pull side. While Castro has not yet developed any power, as he grows and matures, with his swing plane, it is easy to see why he would gain a bit of pop in his bat and round out around 40-45 on the scouting scale. With some added strength, Castro will hit balls harder. Even though he doesn't generate much backspin at this point, it is likely that some fly outs will turn into doubles.

Of course, with the good, there comes the bad. Castro has an overly aggressive approach at the plate because he believes he can hit anything, and in some ways, he can. However, he was torn apart by more advanced pitching than he could handle, and is going to have to go back and make adjustments. Castro often gets a bit pull-happy, and instead of using his gifted hand-eye coordination with pitches on the outside corner, letting the ball travel and hitting it hard over the shortstop's head, he rolls over and hits a 47-hopper to second. In addition, he often doesn't work himself into hitters counts, and will swing at a pitcher's pitch too early in a sequence. Let me just lay it on the line: some guys get it, and some guys don't. Either Castro is going to hone his approach, use his natural hitting ability, and drive balls into gaps, or he won't make it above Double-A. It's pretty simple.

In the field, Castro has all of the tools to be a regular second baseman. He has enough lateral quickness to cover requisite ground, has soft hands, and a solid-average arm. As luck would have it, Castro was sitting on the bench in virtually every West Michigan game I went to last year, but I did get to see him play once. He made a Hernan Perez-like play going to his left, where he took about 12 steps at full sprint, took a good angle, sprawled, and threw the runner out at first. His baseball IQ isn't anything special, nor his is positioning, but he should be fine. Overall, his feel for the game isn't a strong suit, as he's no Javier Betancourt. However, he is no Jeremy Bonderman, either. Castro's foot speed is right around average as well. No one would mistake him for a burner, but he has enough speed for a major league middle infielder as well.

Overall, this is an intriguing package. Castro has something that you cannot teach, which is advanced hand-eye coordination and plus bat-to-ball ability. At the same time, he needs to hone his approach big time, and work his raw skills into a usable baseball player. That is the hardest part, though. As I said before, some players are able, and some are not. Castro certainly has big risk, but the reward is high as well.

Back to last week's debate: I understand that I have taken a risk ranking a high variance guy over Devon Travis, and that's fine by me. Castro could flame out before he even hits Double-A, but at the same time, he could be a solid regular at second base in 3 years. More often than not, I am going to take the tools. Just remember this: Castro will be age appropriate for Double-A in 2016. We will learn a lot about him in the next two seasons, and even though there may be a bit of a logjam at West Michigan this season, I would expect (and frankly hope) that Castro gets the bulk of the second base reps. I truly do not have a feel whether or not it's going to be he or Betancourt at second, but it is a good problem to have. If the Tigers could somehow finagle Castro, Betancourt, and Fuentes into the West Michigan infield, I would be a happy camper.

Thanks to Hueytaxi for the photo, too.