What to do in Lakeland, Florida

Planning a trip? Here's some info from someone who was just there!

Share All sharing options for: What to do in Lakeland, Florida

It's cold. It's gray. It's Michigan. It sucks. So you get it in your head to go to Tigers spring training in Lakeland, Fla. First, allow me to offer you congratulations on a fine decision! Not only is Florida awesome, but spring training is an experience every baseball fan really should have. Now, if you're me, your first question is, "OK, so what is Lakeland like?"

It's about the size of Green Bay. Which probably doesn't help you since you never lived in Green Bay. So, it's about the size of Lansing with a little more sprawl, a lot more palm trees and Spanish Moss yet probably the same number of people driving pickup trucks, except the pickup trucks and half the cars are white. It's also pretty much perfect, at least as far as February and March climate goes. It's also kind of confusing because the roads seemingly change names at every intersection. Think Big Beaver - 16 Mile - Metro Parkway with more blue hairs driving 15 miles under the speed limit in a middle lane when you suddenly realize you're in the left lane and need to cross two lanes to make a right turn. Yet after a day or two there the roads pretty much make sense.

I asked what to do in Lakeland and people say watch baseball and then leave Lakeland. Which isn't really fair, as any city that size is going to have enough to do when you're only there for a week or so.

So here's a quick bit of knowledge based on my experience:

That really depends on your budget of course. Downtown Lakeland is pretty cute and walkable and offers a decent choice of dining, a park on a lake and a pretty easy drive to Joker Marchant. The hotels may be a little more expensive but they seem to be worth it. I'd probably stay downtown myself.  I stayed where Highway 98 meets I-4. It's a good intersection near a mall. It's also kind of loud because of the highways. If you want a good choice of chain restaurants -- some Florida/south restaurants, some totally national -- you could choose to do that. It's about a 10 minute drive from Joker Marchant.  There are a series of hotels just off Socrum Road near a few chain eating choices. That, too, was a quick drive to the stadium. Hotel types and prices range, giving you a few options. Finally if staying in an outdoor mall that looks like a small city of its own -- and is bigger than 95 percent of cities in the UP -- is your thing you could get a hotel in the Lakeside Village. But I'd recommend against that one myself. It seemed a bit farther away from stuff. 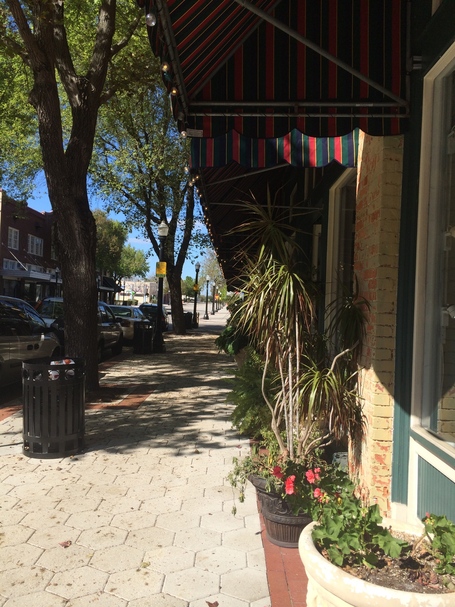 What about dining? Well, there's a lot. I usually try to eat at locally-owned places, why would I travel 1500 miles to eat at an Applebees when even Marquette has an Applebees?! A few interesting ones: Ate Indian food at Cafe Roti (Parkview Pl just off 98) with NCDee and BYB's spiritual animal, Ian Casselberry. We all agreed the food was pretty darn good. Fat Maggie's is a local BBQ place. Despite Dee's warning that friends don't let friends eat Florida BBQ, Fat Maggie's gets rave reviews from everyone. Definitely worth your time. Plus it's located in what's called the Dixieland District. So you'll know you're not in Michigan anymore! (OK so the weather probably gave that away two seconds after you arrived in the state.) Cannot vouch for it but Peebles BBQ in Auburndale, a short drive from Lakeland, is also talked up. If pizza's your thing, Palace Pizza in downtown Lakeland, on SoKen (South Kentucky), seemed like it had pretty good pizza to me. I could have had more if I had more room in my stomach to put it. You can order by the slice or by the pie, and there's more Italian choices than just pizza. You could try the Terrace Grille. We hear it's good. Harry's, a downtown seafood place, received an "OK" from Allison. She also points out that GrillSmith in Lakeside Village was good and had a gluten free menu. I also ate at Smokey Bones BBQ, a chain place. The food tasted decent but left me wanting to throw up in Brad Ausmus' office the next morning. 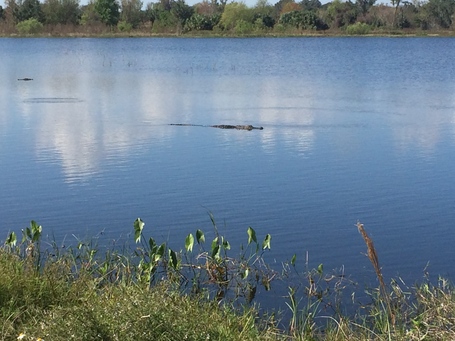 Recreation? You might have time. If you're like me and want to do something outdoors, I cannot recommend Circle B Bar Reserve high enough. It's like the Seney reserve in the UP on steroids. There are a lot of trails, a LOT of Spanish moss, and alligators swimming freely in the pools. Seriously. They could just come and eat you if they wanted. Which is pretty much the coolest thing ever if you're me. Also I'm typing this so nothing ate me, so it's probably safe. That is located just a bit south of Lakeland and was the best non-baseball experience I had. Highly recommend. Otherwise with Lakeland nearly centered between Orlando and Tampa, you have a plenty of other choices too. 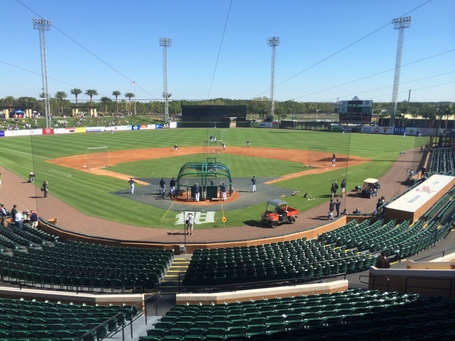 Oh yes, you were in Lakeland for the baseball, weren't you? Joker Marchant is awesome. Just awesome. A lot of people will tell you to relax on the berm, located beyond left field. Seems like a decent idea. Don't forget your sunscreen. Florida sun will turn you red faster than you can even imagine.

There's actually no *bad* seat in the house. It's basically an old, yet charismatic and pleasant, minor league park. You always feel like you're on top of the action no matter what seats you have. The Tigers' dugout is on the first base side. At some point they'll clear the box seats, unless you have a ticket, to keep people from asking for autographs while players get work in. Otherwise players mostly seem to be accessible to the fans. There are quite a range of food choices, and I have good sources who tell me you have to get the strawberry shortcake, which costs like $8 but is worth it. I guess. I forgot to get the strawberry shortcake and then realized it was too late. Boo. But get one and tell us how it is, if you're there.

WARNING: You're going to have a great time, and you're going to want to go back every year. So only visit Lakeland if you're certain you're ready for that kind of lifelong commitment.

I'll try to answer questions in the comments if you have any, and any other spring training regulars may be able to help too. I spent about 10 to 11 hours a day at the park doing the journalism thing, so my experience isn't quite as fanlike as others, and I didn't have as much time for exploring the area as I would have liked. But I'll say this: I sure loved every second of being there.