Travis Snider tried to catch a fly ball with his face, Dan Uggla did a good thing, and the Brewers finally lost.

Right fielder Travis Snider took a fly ball to the face, but to be fair, it was a ten-home-run game, so the balls had to start fighting back at some point.

Archer got lit up by the Orioles for seven runs on 12 hits over five innings. I guess you could say that Archer was very much in the ... wait for it ... danger zoooone!

Gave up six home runs to the Pirates, and hit four of their own as well, so here's hoping the National League is finally ready to ditch the small ball approach.

Had another off-day to recover from a week-long west coast trip, so they don't accidentally start the sixth inning in the ninth.

They were beating the New York Mets at first, but then, you see, what happened was ...

They have a team total of 10 errors (tied for fourth in MLB), but never forget that the first error was Derek Norris' beard and mullet. 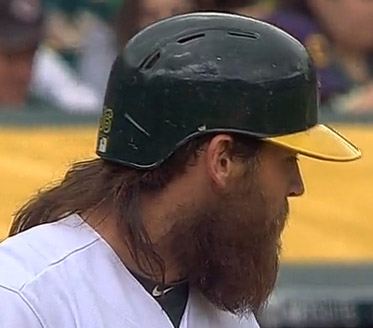 Down 6-5 in the top of the 9th inning, facing Jake Diekman of the Phillies, Dan Uggla hit a game-winning grand slam. If you need some time alone to process that, go right ahead, take all the time you need.

After reaching 50 at-bats, with no home runs and only three RBI's, Prince Fielder quietly vows to catch up with Madison Bumgarner's offensive output by the end of the week.

Finally had their nine-game winning streak snapped by the St. Louis Cardinals, because not even small sample sizes can trump the Devil Magic.

Currently on an eight-game losing streak. I'm not sure the Saltalamacchia signing is working.