The Tigers allow runs in the ninth inning at twice the rate for innings one through eight. Time for somebody to say enough.

The Tigers are enjoyable to watch on offense. The mix keeps each at-bat interesting -- veterans and rookies, sluggers and speed, free swingers and Alex Avila.

The chart below shows the average number of runs scored in each inning of the games through Sunday. The hitters may start slowly and need a look at the starting pitcher, but the second time through the order typically leads to runs. The third and fourth inning have combined for more than 1.4 runs. The falloff in the fifth and sixth innings can be frustrating, but they average over half a run an inning in both the seventh and ninth innings. 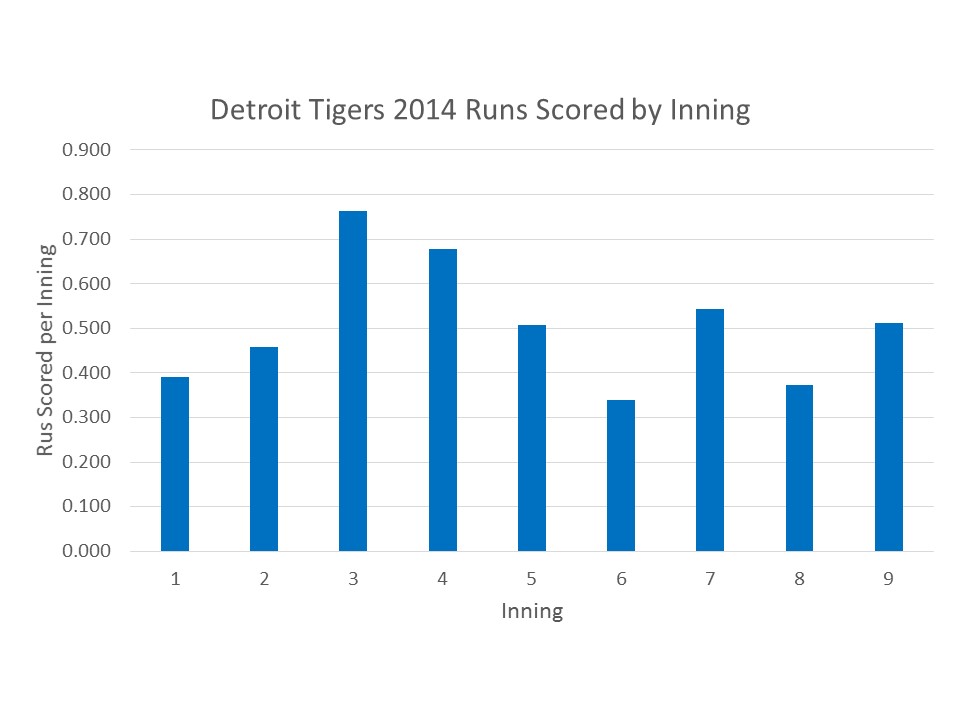 But the offense just makes the ninth hitting all the more aggravating. The Tigers are allowing runs in the ninth inning at the rate of nine runs per 10 innings, or nearly double the rate of innings one through eight. 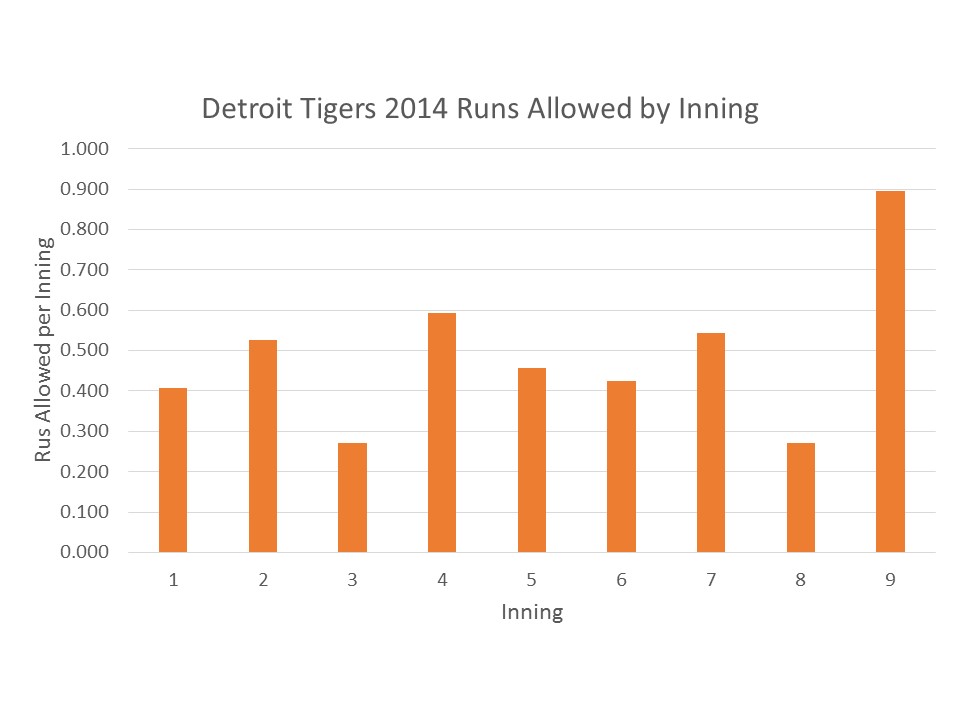 If the chart were presented with the innings scrambled, you could surely pick out the ninth as it spikes above the others.

Yes Joe Nathan is the main culprit. He has only pitched in the ninth inning, with an ERA of 7.04. But would you believe that is above average performance for the Tigers? No wonder Brad Ausmus says he is sticking with Nathan. Joba Chamberlain is a little better with an ERA of 6.14 in eight ninth-inning appearances, versus only 1.86 in the eighth inning. Al Alburquerque's ninth inning ERA of 15.43 makes no sense as he is below 2.00 in the seventh and eighth innings. Of course Phil Coke is not to be denied, with a 16.20 ninth inning ERA. Cory Knebel takes the crown with 18.00 in his one attempt at the ninth.

Eugenio Suarez solved the shortstop problem in one weekend. It is time for somebody to do the same in the closer spot. The Rays just announced closer by committee, as Grant Balfour joins the list of proven closers who are struggling. Ian Krol has not allowed a run in the ninth. Evan Reed has only allowed one run in five ninth innings.  And I think we'd all like to see more of those.