The Tigers rocked James Shields in their first meeting in 2014. Will Big Game James step up in a would-be-nice-to-win game for the Royals tonight?

Share All sharing options for: Game 90 Preview: Tigers at Royals

After having arguably the best season of his career in 2013, the 2014 season has been as average as it gets for James Shields. His ERA, FIP, xFIP, and SIERA are all within 0.1 points of his career averages, and he is on pace to finish with 3.5 fWAR. His 3.78 strikeout-to-walk ratio is the second-best rate of his career. His rate got a solid bump after his last start, when he struck out 10 in seven shutout innings against the Tampa Bay Rays. It was a nice bounce-back outing from him after allowing a 5.76 ERA in his previous four starts.

Looking deeper, Shields has struggled since the beginning of May. These same Tigers tagged him for eight runs (seven earned) on 12 hits, inflating his ERA by over a full run at the time. Since that start, Shields has a 4.07 ERA and 3.96 FIP in 77 1/3 innings. His issue? Left-handed hitters. Shields has historically kept lefties in check with his trademark changeup, holding them to a .711 OPS in nine seasons. This season, lefties are hitting .292/.345/.447 in 281 plate appearances.

Rick Porcello's All-Star campaign hit a snag in his last start, when the Tampa Bay Rays rocked him for seven runs on 11 hits in 5 2/3 innings. His scoreless streak was snapped at 25 innings, but his ERA still remains nearly a full run below last year's 4.32 mark. His ground ball rate has continued to climb since mid-June, but he still sits on the "wrong" side of 50 percent. Obligatory lefty splits update: .246/.301/.377 with four home runs in 256 plate appearances.

I CAUGHT YOU A DELICIOUS BASS 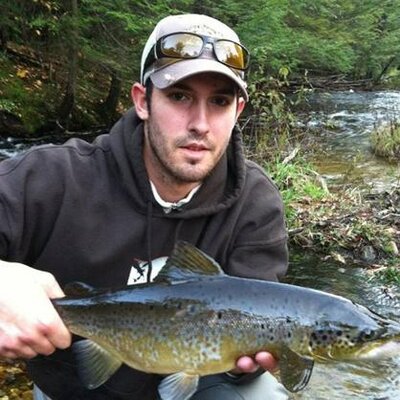 Porcello's lone outing against the Royals this season came against Shields at Kauffman Stadium in early May. While Shields got rocked, Porcello held the Royals to just two runs on four hits in seven innings. His overall numbers against Kansas City are right around his career norms, but there are several Royals hitters who have had success against him. Billy Butler, Alex Gordon, and Eric Hosmer are all hitting over .300, while Omar Infante went 2-for-3 in their first meeting this year.

Last night's Tigers win puts a lot of pressure on the Royals to win the next two games of this series. Staring at a 6 1/2 game deficit that would get as high as 8 1/2 before the All-Star break, the onus is on Kansas City to keep within striking distance before the trade deadline -- though their willingness to spend is a big question mark. Despite his middling numbers, Shields has continued to eat innings, and his overall numbers against the Tigers belie how dominant he has looked at times.

The win streak continues in another nailbiter.