Midterm report: How are the pitchers doing vs. expectations?

Overall the pitching staff is meeting expectations, but improvement is attainable

Share All sharing options for: Midterm report: How are the pitchers doing vs. expectations?

Yesterday we looked at the value provided by the position players.  Today we look at the pitching staff with the same metrics.

One evaluation method is to compare each player's performance with his preseason projection. For this I used the preseason projections at FanGraphs, averaging Steamer and ZiPs. I prorated this by the 91 games out of 162 that the team has played. For instance, Max Scherzer's preseason projections were 4.9 (ZiPs) and 4.0 (Steamer). This averages to 4.45, and prorates to 2.5. So for Scherzer to be performing up to expectations, he should have 2.5 fWAR. He actually has 3.1 fWAR, for a 0.6 delta. Max has contributed 0.6 more wins than expected, most among the starting pitchers. 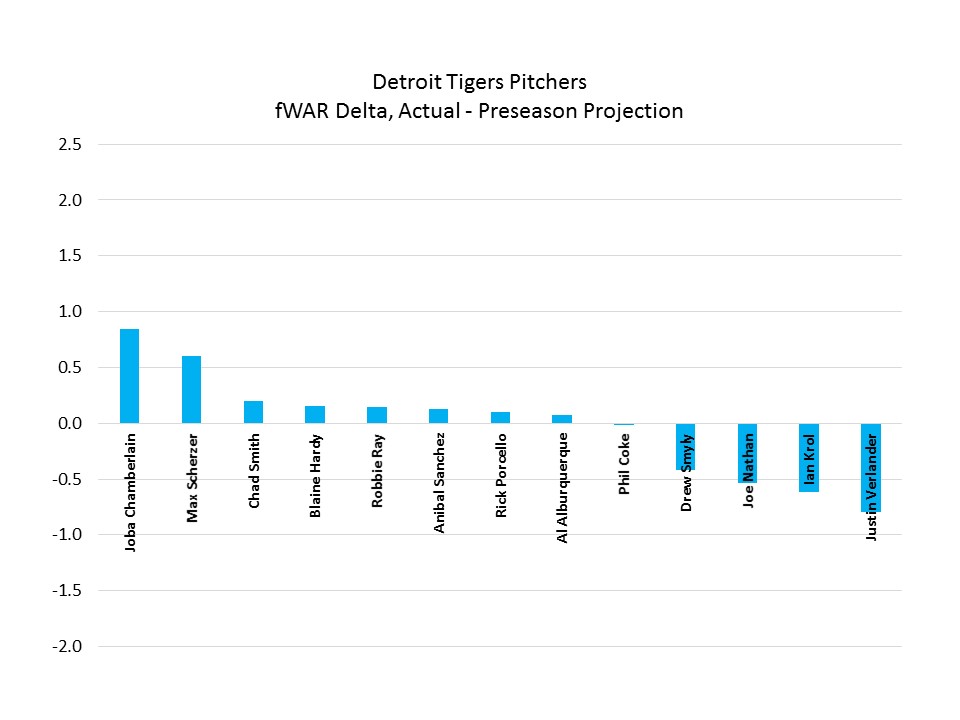 All pitchers on the active roster are shown, plus Robbie Ray so that all pitchers who have made a start are included.  The graph is scaled to match the position players, which sends the message that the pitchers are not varying too much from expectations.  Like the position players, as a whole the staff's delta total is practically zero.  As a whole the pitchers have delivered as expected, but with a lot more Joba and a lot less Justin.

Another way to evaluate the team is to include a consideration for salary. Teams are paying about $6.2 million for one WAR in free agency. I prorated each player's salary for the 91 games played to calculate the amount paid to date. I calculated a monetary value of actual performance by multiplying fWAR by $6.2 million. Then I subtracted the prorated salary from the value of performance. For instance, Max Scherzer's 2014 salary is $15.5 million, or $8.7 million to date. His 3.1 fWAR are worth $19.2 million. Max has delivered $10.5 million of surplus value, most among the pitchers. 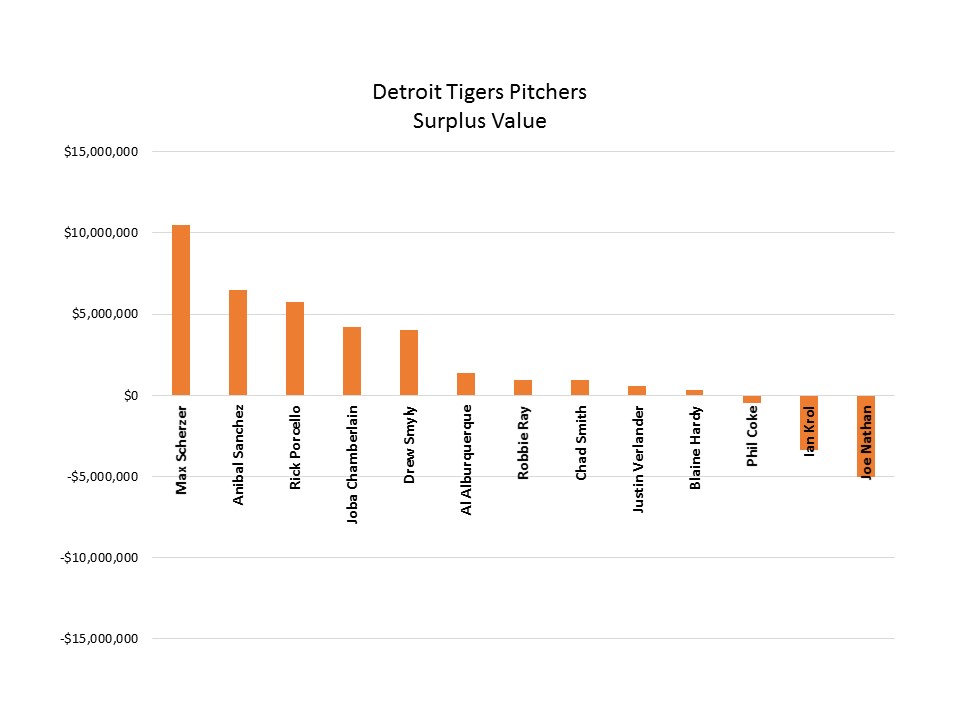 Max Scherzer is about to become a very wealthy man.

Anibal Sanchez may have signed a big contract, but is more than worth it.

Rick Porcello is a valuable player.

Drew Smyly is not delivering as hoped, but still providing value due to a low salary.

If Nathan and Krol pitched to expectations, the Tigers would not be in the trade market.