The Tigers' rookie third baseman is hitting much better lately after a slow start.

The Tigers showed a lot of faith in Nick Castellanos by handing him the starting third base position out of Spring Training, especially after a poor showing in 11 games last September. Castellanos was 5-for-18 with no walks and no extra base hits, leaving some to wonder whether he was the hitter scouts raved about during his ascent through the minor leagues. He hit .333/.348/.571 during Spring Training, and got off to a nice start in the regular season with seven hits in his first seven games.

However, Castellanos started to struggle as teams discovered his weaknesses. Namely, breaking balls of any sort and pitches on the outer half of the plate. There was no sharp decline at any point — rather, Castellanos' OPS slowly dipped throughout late April and May. When the calendar turned to June, Castellanos was hitting just .233/.281/.356 with 12 extra base hits. Not a cause for alarm, by any means, but not great either.

Castellanos took off, stringing together a trio of three-hit games from June 5–7 that included a pair of doubles and a home run. The hot streak continued throughout June and into July, raising his batting average by 33 points and his slugging average by 49. Since June 1, Castellanos is hitting .315/.358/.477 with 13 extra base hits. More importantly, he has 20 strikeouts in 120 plate appearances, a far lower rate than the 24.2 percent clip he averaged during the first two months of the season.

Where have Castellanos' improvements come from? Above all, his pitch selection is much better. Castellanos swung at everything under the sun during April and May, a large part of why he struck out so much. However, this pitch selection (or lack thereof) included a lot of pitches on the outer half of the plate, resulting in a lot of fly outs to center and right field. 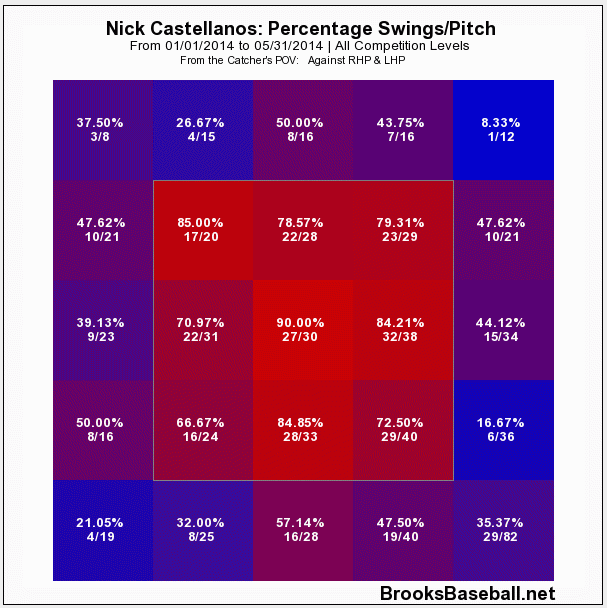 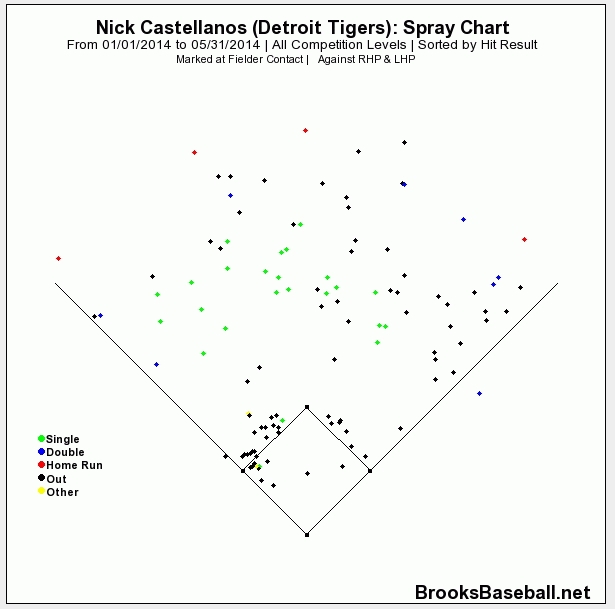 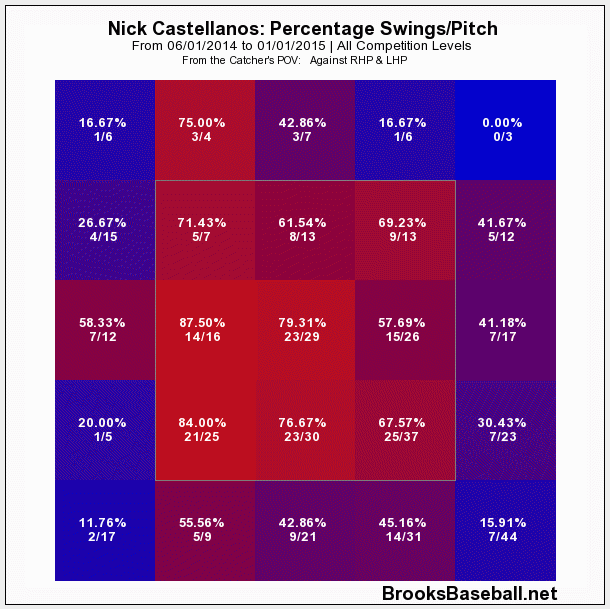 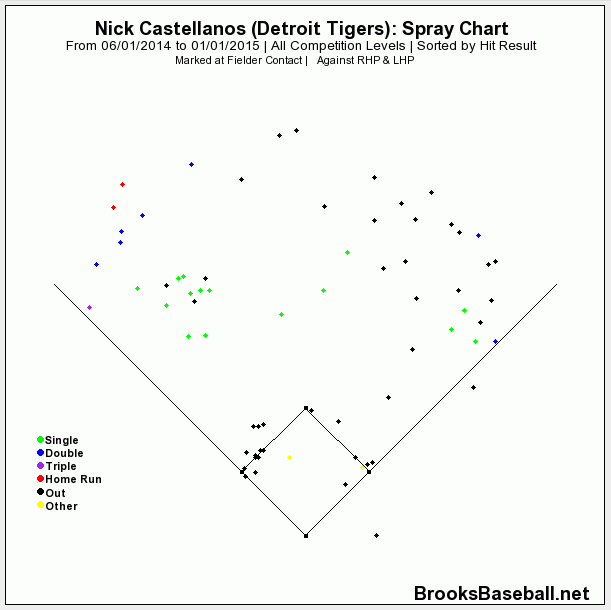 This isn't to say that Castellanos' plate discipline has gotten any better, though his walk rate has improved slightly. Rather, Castellanos is doing a better job of finding the right pitch to hit despite seeing a higher percentage of breaking balls as the season goes along. Of course, making more contact helps too. Castellanos' whiff rate on breaking pitches dropped significantly from May to June. 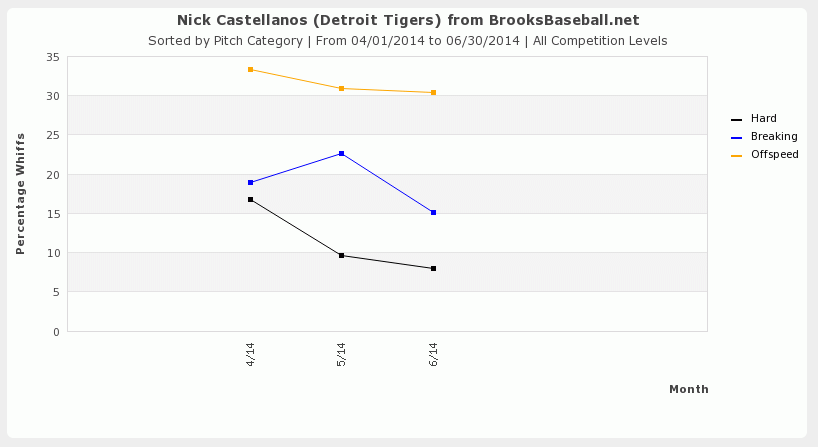 While Castellanos' improved approach at the plate seems simple, the fact that he has adjusted to major league pitching this quickly is a great sign for the future. He has already shown the potential to be a middle-of-the-lineup bat with an .886 OPS in June and should only continue to improve as he gets stronger and his plate discipline improves. We may not see him sustain these improvements all season long — especially if he starts to fatigue down the stretch — but these adjustments bode well for the Tigers going beyond 2014.