Can anybody pitch the ninth inning?

The Tigers allow a crazy amount of ninth inning runs, but are improving

Share All sharing options for: Can anybody pitch the ninth inning?

The Tigers' world is burning and Joe Nathan is under attack. The ninth inning is one disaster after another. Joel Hanrahan was signed mid-season, but is recovering from Tommy John surgery too slowly. Joakim Soria was acquired as an option, and promptly hit the disabled list. Jim Johnson was signed after being designated for assignment, but is reluctant to join the fray. Joba Chamberlain was summoned last week for the ninth inning in Toronto and promptly blew the save. The superstitious might suggest trying someone whose first name begins with something other than the letter ‘J'.

Is the criticism of the Tigers' inability to pitch a ninth inning fair? Here are how the other American League Central Division teams fare, inning by inning. 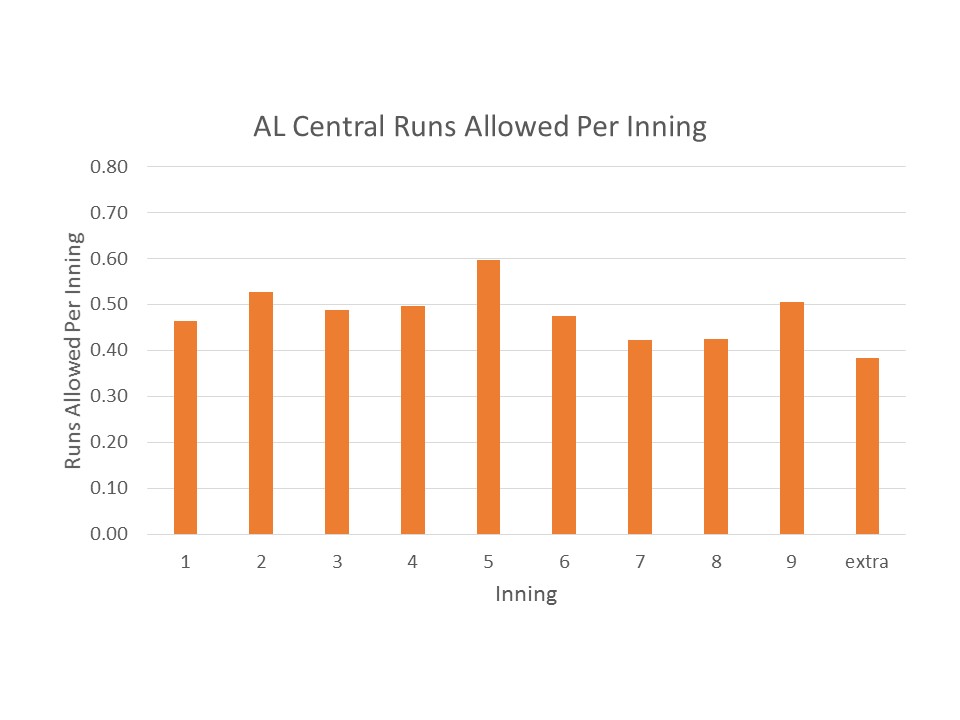 Conveniently teams average half a run an inning, or 0.49 runs to be precise. The ninth inning does not stand out, with .50 runs allowed per inning. The fifth inning is interesting, suggesting that starters are tiring and not being pulled soon enough, but that is for another day.

But what about our Tigers? 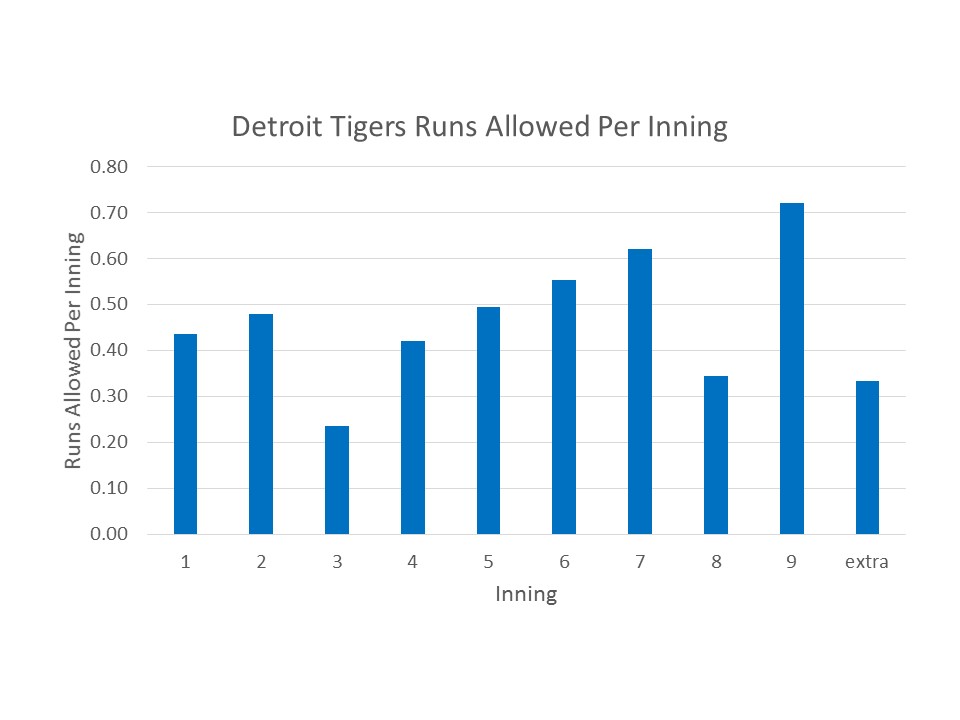 The ninth inning problem is real. Not only is it the worst inning for the Tigers, at .72 runs per inning, it is worse than any inning of any divisional rival. The White Sox have a tough time in the eighth inning at .68 runs, and the ninth is not much of an improvement at .66 runs.

For the record, here are the culprits and their ninth inning ERAs:

Based on an incredibly small sample size, and assuming the starters are out of the question, I vote for Blaine Hardy for closer.