The Tigers' feast or famine offense is frustrating, but not unusual

Share All sharing options for: Tigers offense returning to normal

The Tigers can be a frustrating team to watch. It seems that one night the bats come alive, scoring runs in double digits and making outs on line drives. The next night, contact is weak and runs are scarce. Is this just an emotional reaction?

To calibrate our gut let's look at the teams in the World Series last year. After all, that is the only acceptable outcome for the Tigers this year. In 2013, the Red Sox and Cardinals averaged five runs per game, but scored two runs more often than any other amount. The more runs scored, the less often the occurrence. 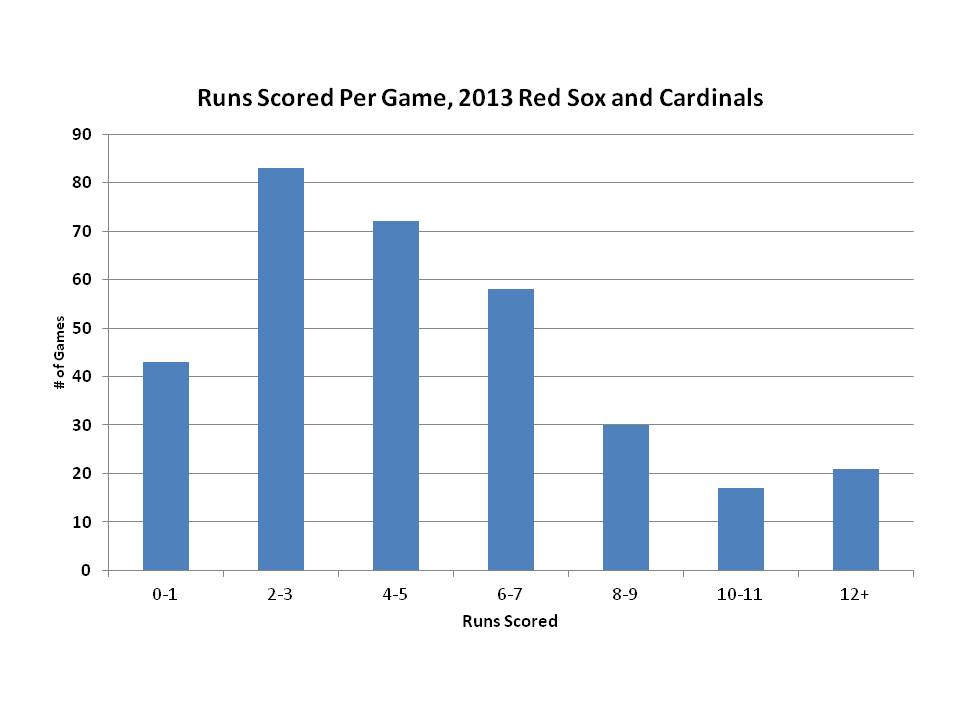 But the 2013 Tigers were an odd bunch. They really were more of an all-or-nothing group. In almost one quarter of games, they scored two or three runs. Though they averaged 4.9 runs per game, they did not actually score an average amount of four to five as often as they did six or seven. 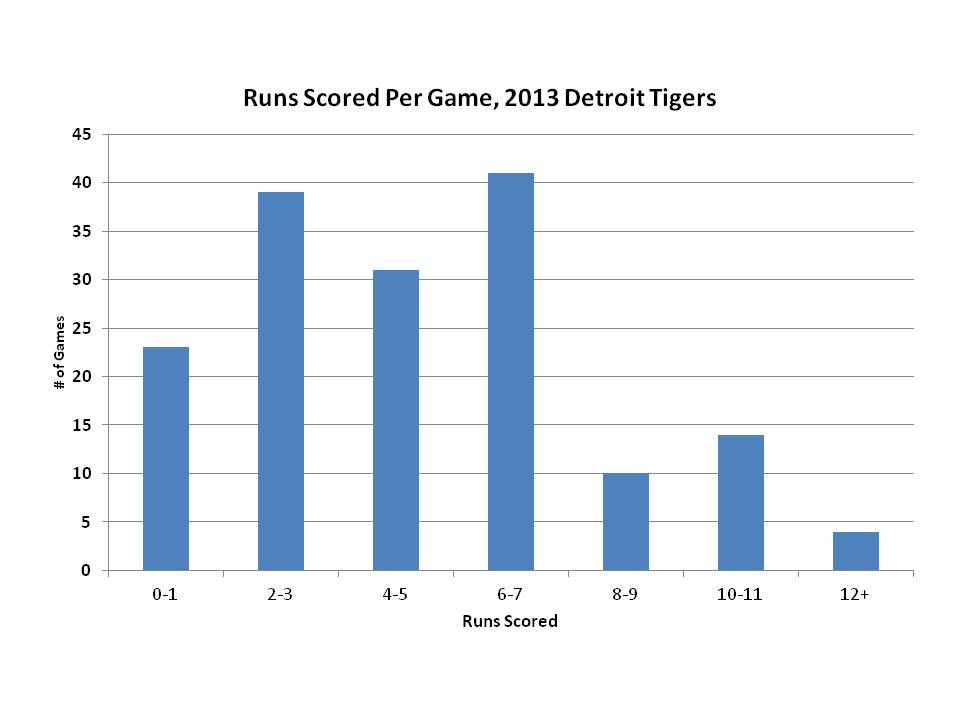 This year, the Tigers were designed to fix this anomaly by playing some small ball. This should lead to fewer runs, and with 4.7 runs per game it has. But it should also lead to more consistent scoring. Taking a look at the chart, the results now look similar to last year's World Series contenders. 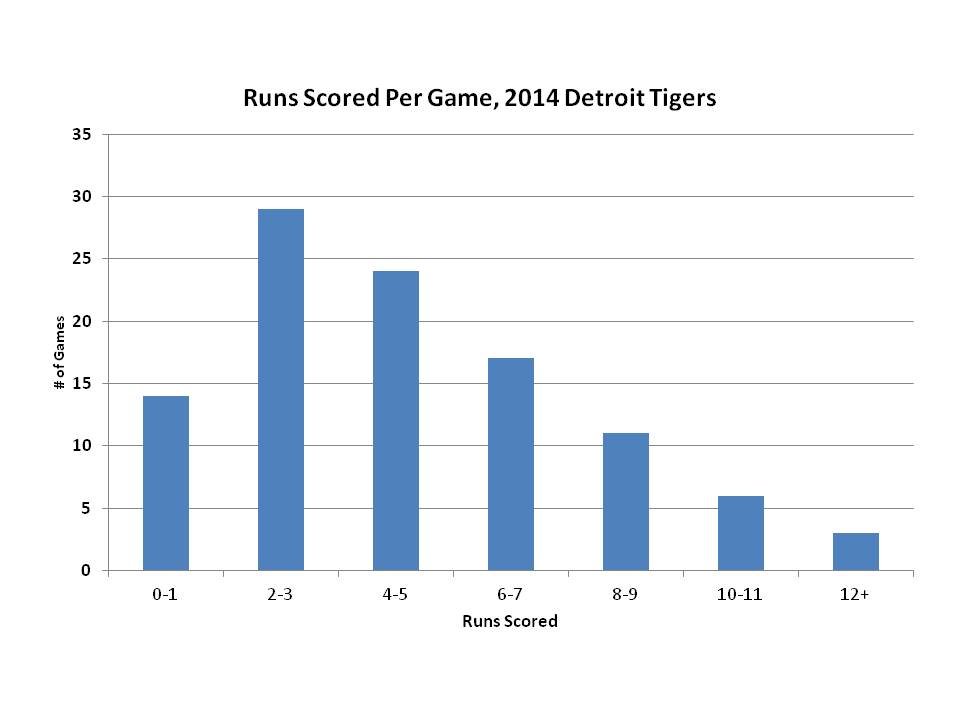 So when the Tigers' offense plays like kitties, you can take heart that this is normal for a good team.