Are the Tigers using the shift appropriately?

The Tigers use the shift less than other teams, but have better results

Share All sharing options for: Are the Tigers using the shift appropriately?

The Tigers were to enter a new era in 2014. Gone was Jim Leyland and his old school ways. Brad Ausmus arrived, more friendly to innovation based on data. Ausmus brought Matt Martin on board as defensive coordinator to use data and scouting reports to inform defensive shifts.

By the "eye test", the Tigers are shifting frequently. They had shifted 294 times through Monday, or about twice a game. The rate of change appears high, since a few short years ago that number was near zero.

But how do the Tigers compare to other teams? Recently Inside Edge published data on the frequency and success of defensive shifts. It was published in the Wall Street Journal, which says volumes about the importance of analysis in baseball, and its effect on other businesses.

The average team has used an extreme defensive alignment 576 times. The Tigers have only shifted 294 times, or about half the typical rate. The Astros have used a shift 1562 times or more than once an inning. They are well ahead of the Rangers in the race for last place. The Rays have shifted second most frequently, another team with a reputation for innovation. 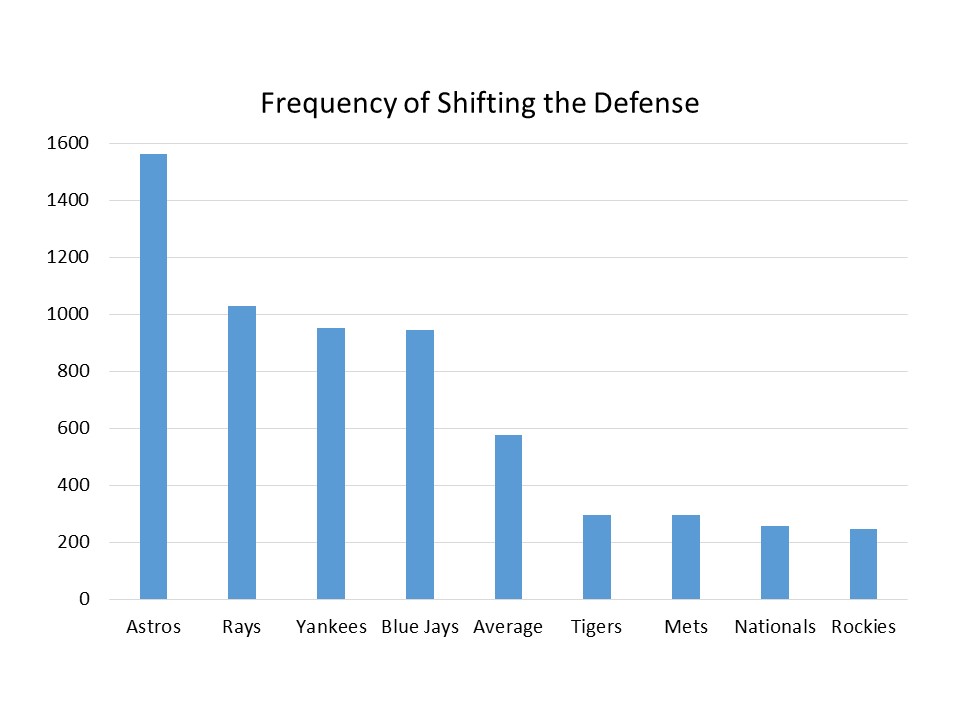 The chart includes only the teams with the most extreme rates of shifting.

Based on this analysis, the Tigers have prevented 13 hits by employing the shift. The major league average is exactly 13, so at least they are keeping pace. 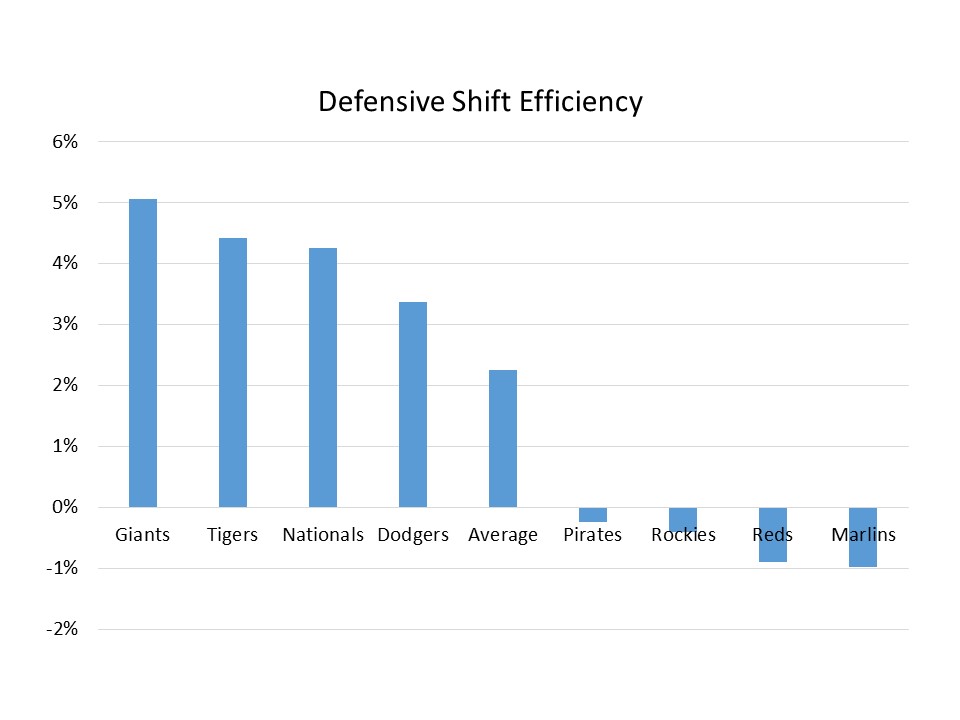 Again only the most extreme rates are shown.

The average team turns a shift into an extra out 2.26% of the time. That may seem very small, but many outs with the shift would have been outs without a shift. A hard line drive to the first baseman is an out with or without the shift. Unless he moved a few steps to his left in the shift, but they analysis did not appear to try to discern differences this small.

The Tigers have prevented a hit 4.42% of the time they shift, nearly double the average rate. So they pick their spots well. They may think that more frequent use would have negative side effects, such as forcing a pitcher to change his approach or the catcher to select a less effective pitch. There does not however appear to be any correlation between the number of shifts and the effectiveness. The Reds and Marlins are proving that the shift can actually hurt a defense.

Few teams shift as rarely as the Tigers. Only the Giants shift with more success. Do you think Ausmus and Martin are using this new tool right, or should they build on this success and shift more often?