Do you want more Tigers-based shirts in your life? Of course you do.

Back in my day, before all your fancy "web sites," "smart phones," and "electricity," we still had memes. Oh yes, you bet we did. They were called "T-Shirts." (People liked/favorited our memes in those days by giving us high fives.) Fortunately, those halcyon days are not entirely behind us, and one savvy entrepreneur has found a way to blend Tigers-based memes with the old-school method of wearing shirts.

Matt Finch and his brother grew up in Detroit as Tigers fans, and Matt carried that fandom with him when he moved to Florida. In 2012, Matt and his brother decided to become Don Kelly's unofficial fan club during Spring Training games, and created their first custom-made shirts.

Why Don Kelly? Matt explains, "I can't point to any one specific reason for being such a fan of Don. He is by all accounts the nicest and most hard working man on the planet. He does whatever is asked of him and never complains. For me personally, scrappy, hardworking players have always been the most fun to root for. The legends of his pitching prowess and unbeatable politeness are fun too. He is a fun guy to be a fan of." 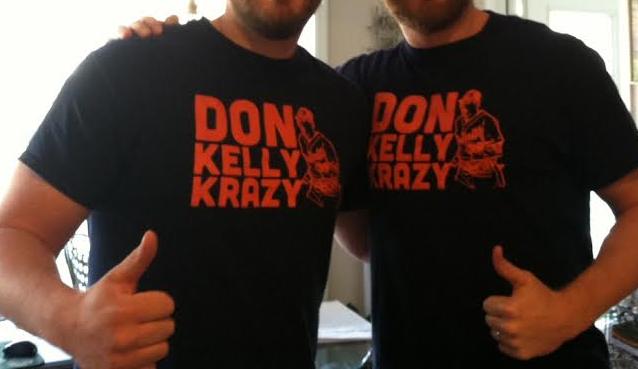 Naturally, people started asking about those shirts at the Spring Training games, one thing led to another, and now Don Kelly T-Shirts is an actual online shop. It has become enough of a presence, in fact, that Tigers radio broadcaster Jim Price even made reference to it during a recent broadcast:

Check this out on Chirbit

What began as a simple online store with a few Don Kelly-based shirts has since expanded to include other, non-Kelly based shirts, as well as drink coozies featuring well-known Rod Allen and Jim Price phrases. Matt was kind enough to send several of us at BYB some sample product, and HookSlide, Jr. agreed to model a few of his favorite designs: 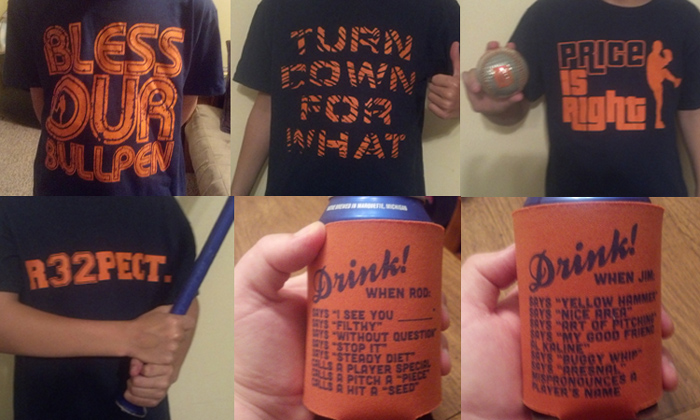 One another occasion, while wearing the "Price is Right" shirt, I was asked if I got that shirt because I was on the game show. Unfortunately, I had to maim that person, because 1) even if you're not a die-hard Tigers fan, there's no excuse for not knowing about the David Price acquisition, and 2) do I look like the kind of person that would be on "The Price is Right" game show? Here's a recent photo of me: 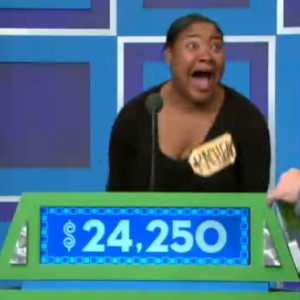 So go check out the full line of product at Don Kelly T-Shirts, deplete their entire stock, and follow Matt on Twitter because they're going to be adding new product in the future, and you don't want to miss the opportunity to wear your favorite meme as a shirt.

(Matt remarked to me, "We started branching out and making shirts for other players really only because people kept asking us to. People send us shirt ideas all the time and some of them are too good not to make." Got a good shirt idea? Leave it in the comments below!)