In the late innings, JD Martinez loves the long ball

When the Tigers need a home run in the ninth inning, who do you hope to see at the plate? J.D. Martinez.

Martinez has a ninth inning home run rate over 20%, and has amazingly stolen the role of clutch game-changer from the more familiar names. Julio Daniel has only seven home runs in the first six innings of all games played this year. But in the last third of the game, his power comes to life: 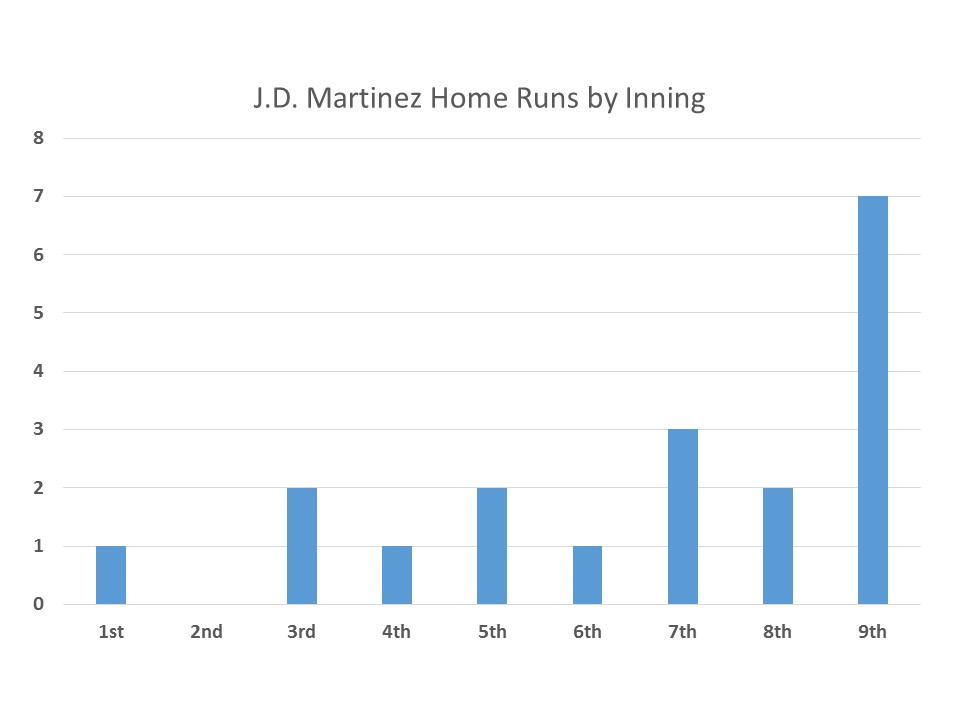 What could explain this spike? Is this just some statistical anomaly that will fade?

First, let's turn this from a counting stat into a rate stat by considering the number of at bats per inning. You might think that ninth inning at bats are more scarce, as there are none in home victories. But for J.D., it is third innings when he rarely bats. His ninth inning total is less than five at bats from his per-inning average, due to pinch-hitting. 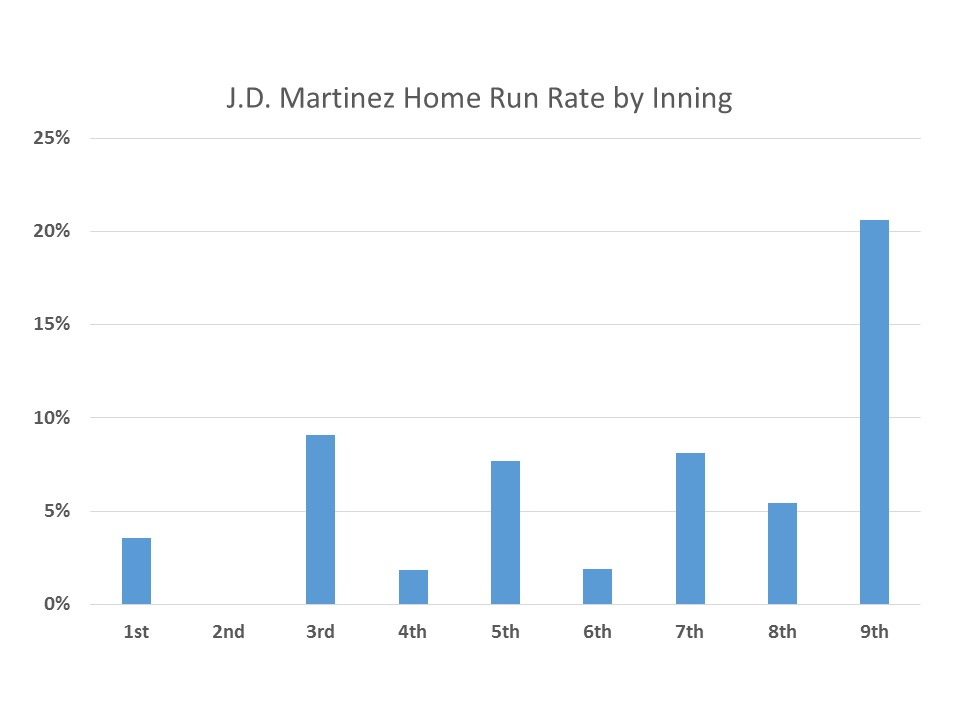 So that makes it a little less crazy. Martinez his home runs twice as often in the ninth inning versus any other inning. But the ninth inning rate is still crazy high. If he could maintain this 20% rate all game, he would have over 100 home runs in a season of 500 at bats. Ian Kinsler already has 582 at bats, with more than 20 games to go.

J.D. may actually be trying harder to hit home runs in the ninth inning. He has only nine hits in the ninth, and seven have cleared the fence. That results in a BABIP of 0.095. Less than 10% of the time that Martinez puts the ball in play, it results in a hit. His BABIP for the season is .373. He has been rather fortunate in general that his contact has resulted in hits, but in the ninth inning his luck on everything except deep fly balls has vanished.

J.D. only has walked twice in the ninth inning. With his two non-home-run hits, one single and one double, that makes three times all season that he has stood on first base in the ninth. The resulting slash line is a crazy .265 / .282 / .912.  He will not be able to maintain such one-sided production. But it does make one wonder whether he is trying for bombs late in games.