The Red Sox are tearing down analytics in Dombrowski's first season there. The Tigers are building theirs up, among other changes with Avila in charge.

For seemingly being a pretty popular guy during his time in Detroit, former Tigers president and general manager Dave Dombrowski has sure had a lot of compare-and-contrasts written about him, both here and elsewhere. Drew Sharp of the Detroit Free Press delivered the most recent one.

That wasn't the case with his predecessor, Dave Dombrowski.

He never wanted it forgotten who was in charge.

Sharp's correct. Mostly. Avila has proven himself to be much more friendly already and seems to create loyalty through his actions. Though Dombrowski put on the airs of being in charge, Ilitch seemed to be more in charge than he was.

Avila, though friendly, is also strong in his beliefs and will argue for them. We got that feeling pretty early, when he elected to keep Brad Ausmus' "trickle-down" clubhouse-onimics in Detroit against owner Mike Ilitch's initial desire to change directions. He also invested heavily in the analytics department, and later talked Ilitch out of pursuing free agents like Chris Davis who weren't a good fit for the team before finally settling on Justin Upton. For his work, Avila and the Tigers were given an 'A' for their offseason by ESPN's Jim Bowden (sub req).

Dombrowski, meanwhile, arrived in Boston just in time for the team to move away from analytics, though the decision was announced by team owner John Henry himself. Red Sox blogger Ben Buchanan calls that decision "concerning, but not condemning."

All of these offseason stories sound really great, and it's easy to get excited for Avila's time at the helm of the Tigers. Not to be a spoil sport, but everyone sounded pretty excited for Brad Ausmus, too. Only time will tell if the new direction of the Tigers translates to the standings as well as they do to the ink and pixels.

Justin Verlander nearly hit Anthony Gose. Gose got revenge. Which led to this exchange, via Chris Iott of MLive:

Gose hit the next pitch from Verlander over the wall to right-center.

"Sorry," Gose said with a huge grin on his face as he made his way out of the cage.

"New Guy" is batting second. Naturally HookSlide overreacted about all of it.

Are you tired of Jim Harbaugh yet?

Wolverines coach Jim Harbaugh is a funny act. But he needs to take a bit of an offseason and go away for a little bit. He's quickly passing his saturation point. Before then, he'll coach first base for the Tigers on Wednesday while his team practices at IMG Academy in Florida.

The Pirates are stupid

I worked for the family that owns the Pirates, so I can tell you from experience they are horrible people who do not treat their employees well. Pirate ace Gerrit Cole actually came close to having his salary cut this year after making the All-Star Game last season -- due to an incorrectly applied algorithm. Not they were going to re-sign him anyway, but this is just further proof why the Pirates are a loser organization.

John Axford did pretty good on his Oscar picks

A's reliever John Axford went 10-for-10 to open his Oscar picks on Sunday night. He finished the night 17-for-24. 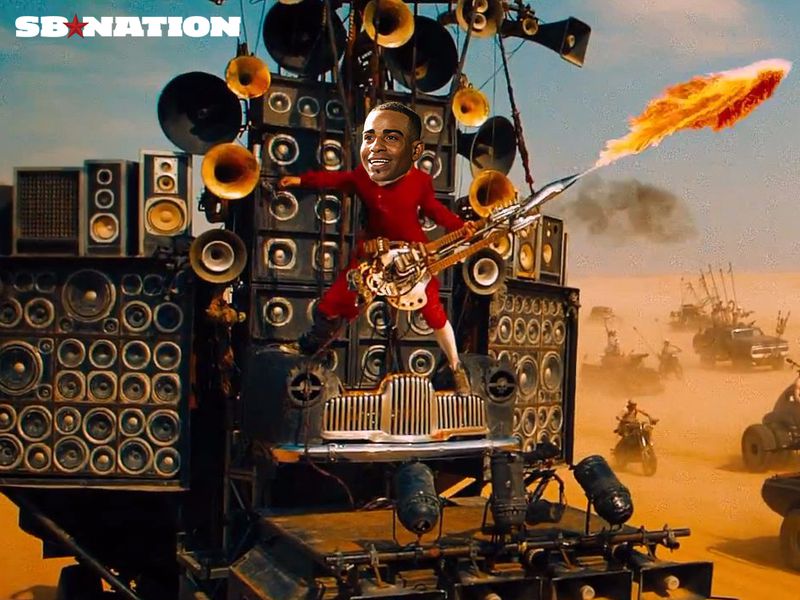