Listen guys, I love this website and I love to come here when I should be doing my job/cleaning/housework.

But I gather that some of you haven't played baseball at a competitive level, or at all. AND THAT'S FINE. I'm not ragging on you, Baseball is hard, expensive, and crazy hard to do at any level of competence. I love baseball, yet I also kind of hate it. It's a sport of perfection and a sport that requires extreme patience and dedication to play even at a mediocre level, and one that blew out my elbow at the tender age of 15.

That being said, there seems to be a great deal of ignorance around the art and mechanics of pitching and hitting. Again, not pointing fingers or blaming people, but I roll through comments sometimes and think "Hell, has this person ever picked up a baseball?" Things like "Albert Pujols/Stanton has such a pretty swing", or "why doesn't [insert name] pick up a change-up just to give him another pitch?".

Guys, come on. Albert Pujols' mechanics have always been terrible. Find me a coach in the country that thinks that Pujols' swing is something to teach to youngsters. They don't exist. As for change-ups, they are insanely hard to master. And a bad change-up is a worthless pitch.

But I digress. Lets talk change-ups.

The change-up is an amazing pitch. It's also incredibly difficult to master. It's a pitch that requires a ton of practice and a great deal of finesse. I'll talk briefly about the three change-ups that are most often seen. The split-change (SC), three-fingered change (TFC), which I threw, the circle change (CC), and briefly about palm-balls, vulcan changes, and cut change-ups.

So lets begin with the split-change. Also called a splitter, and a split-fingered fastball. All the same, pretty much. There are arguments about low-spin splitters not being change-ups, but those are more like forkballs.

First off, I could never throw a split-change. They require a lot of flexibility and big hands. I was a two-pitch side-arming righty, with heavy emphasis on sinkers and sliders. Check out the grip, via The Complete Pitcher (I'm not a huge fan of the book/website, but the grips are pretty standard).

First off, notice how big this guy's hands are. That's the first requirement for a split change. In general, pitchers need big hands, some pitches need bigger hands for the pitches to function at all. This is one of them. The split-change is a hard pitch to even be able to throw, since it requires a good deal of hand flexibility, and big hands/long fingers to grasp the ball. Without those big hands, you can't exert the necessary control to throw it with any degree of success. Some people like to throw it with a bit of a downward motion, similar to a sinker. Others don't. It's a matter of personal preference.

And a change-up, no matter the type, is a finesse pitch, with a split-change being no different. Leave it hanging, it will get crushed. Leak it inside, a pull-happy hitter will demolish it. And that's also what makes the pitch dangerous, as it can be somewhat erratic, even to experienced split-change pitchers.

Here is a splitter thrown by Jeurys Familia, which Alex Gordon punishes. The reason? He didn't get enough pressure with his index or middle finger, the ball spun too much, and it hung. And a hanging split-change is just a fastball without movement. Making it worse, it was on the inside part of the plate in a lefty batter's kill zone. MLB does a good breakdown, check it out. [Ed. note: seriously, don't skip that video. Awesome Statcast info within]

Hang a splitter, and you will lose the World Series.

Now, the split-change can do a couple things. There is the low spin-rate split-change, which acts more like a forkball and it tumbles. This is the pitch, along with a faster split-change, that made Jack Morris so effective. To slow the pitch down, the ball is chocked deep into the hands. This creates more friction, and reduces spin. It'll tumble around. Here is a video of Jack Morris explaining his forkball/split-change combo.

But my favorite splitter in the game, which is thrown most consistently, is the Masahiro Tanaka's. It's thrown with good velocity (86-90 mph), it has a bit of wiggle and great late movement. He consistently throws it at the bottom of the zone, and it's devastating. It's the best split I've seen since 2009 Tim Lincecum. Also note the grip here.

Now that's a thing of beauty. Check out that sink, and the arm-side wiggle. It's beautiful. Combine that with excellent fastball command, and it makes it lethal. When pitching with a splitter, if you can locate a fastball at the knees, and drop in a splitter, it's unhittable. Here, Mike Trout was looking for that knee-high fastball, and he swings over and early. That is a completely fooled batter.

OK one more, just because.

I hate this pitch. It's the pitch I tried to master, and it's damned impossible. So I settled for a three-fingered change.

Regardless, this pitch is thrown very differently, and depending on the pitcher, it often is thrown with screwball-esque pronation. It's also a pitch that can be thrown with different releases.

Check out Justin Verlander's circle-change, as well as a different look by the Complete Pitcher. 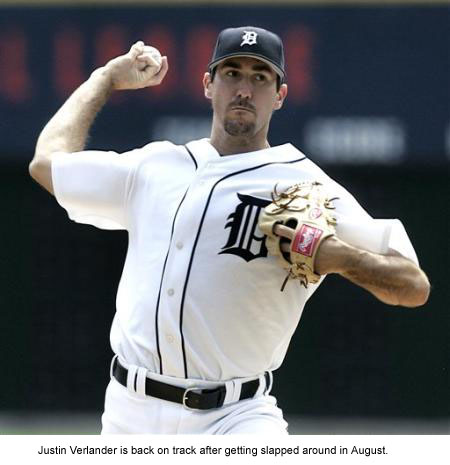 And a closer look.

The circle-change requires, you guessed it, biggish hands. It's thrown by making a circle with the index finger and thumb. It's thrown similarly to a normal change, but it has arm-side wiggle. Those on the professional circuit throw this pitch with strong pronation. To see what that is like, put a baseball in your hand. Now, rotate your thumb down. That's proper circle-change pronation.

Ever wonder why the screwball disappeared? This pitch is why. It acts like a screwball when thrown with proper pronation. It runs away from opposite handed batters, and in on the same side batters. All the same change-up rules apply, don't put too much pressure on it (drives it into the dirt), or too little pressure (floats it).

This pitch is really hard to master. The pronation of the arm is very counter-intuitive. Fastballs have very little action going on in the wrist, same with most sliders (sliders are a story for another day). Curveballs are the opposite, (curveballs are very complicated, I'll talk about them another time) with the thumbing making a "thumbs up" motion as you rotate the ball with top spin.

It's hard, but a good one is lethal. Check out my favorite circle-change, the Mad Max Special.

Runs into the right-handed batter. Check out the lefty view:

That pitch dives away! Its a thing a beauty. Like a screwball, it dives towards the arm side of the pitcher. Another good one is Felix Hernandez.

Now, check out the split between this pitch and his fastball.

For a pitcher, a good circle-change is the great equalizer against opposite-handed batters.

As for everything else, here is what you need to know. 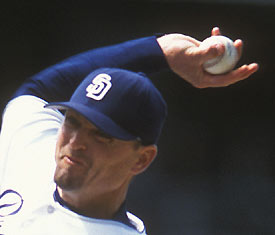 Palmballs are dumb. You choke the ball fully in the hand, all the way to the palm. Otherwise, the grip is identical to the three-fingered change-up. Here is Trevor Hoffman's palmball. The point of the ball is to get as little spin as possible. So it tumbles. No one throws them, besides the occasional reliever.

Change-ups are also pretty varied. Many pitchers find the specific grips they find comfortable, and they stick with it. Others throw what I call "cheater's change-ups".

This is something you see with younger pitchers, or pitchers that like to change arm slots while they pitch, to mess with hitters' eye levels. Instead of gripping the ball with a change-up grip, they shorten their stride towards the plate by a bit, usually 1/2 - 1 feet. This slows the ball down. You don't really see this in the major leagues as much. Mostly because its a huge tell. Also, it can mess with pitcher's mechanics.

So, three-fingered change-ups are considered standard. Here it is.

This is what I threw. It's the change-up for guys that are not gigantic, and it's usually the pitch you teach to beginners.

Here is the Johan Santana change, the pitch that turned him into a pitching machine. 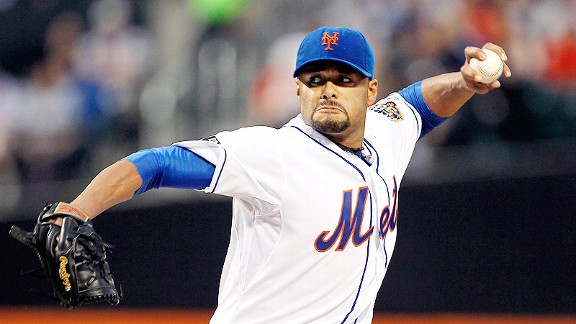 Here is his no hitter. So good.

Change-ups are hard. They can be thrown in many ways, and each is unique to the pitcher that throws it. But let's stop saying "hey, that guy should just throw a change-up to give guys a second look."

As we've seen, a good change-up is a powerful weapon. A bad one is a batting practice pitch. Even the best change-up artists make mistakes, and are punished for them.

Here. You guys remember this?

That might be the only time I've literally fallen to my knees and teared up watching baseball. This moment was soooo painful it hurts. This is what happens to bad change-ups. As I mentioned, bad change-ups lose World Series.

Oh. Cut change-ups? I've heard people talking about them, I've never heard of them before. Vulcan change-ups are glorified forkballs, and only Joaquin Benoit throws one that I know of.

Thus is the change-up in it's many forms. Let me know If you guys want more, and what you want to know.