There comes a time in most statistically inclined people's lives when they think they know it all and can explain all the ins and outs of what goes on in baseball. They think they can find all the hidden details and trends in a player's performance. Confident, they brazenly plow ahead into Baseball Reference or Fangraphs and pull out nuggets of data to back up an argument they concocted. Once they assemble their treasure into a 140 character tweet, they post it for the world to see. They stand back and admire their work, and easily defend a couple people convinced they are wrong because the player doesn't pass "the eye test". And then...someone comes along and in a few simple words, posts the one stat that completely blows up the argument and leaves you dumbfounded and speechless. This is one of those stories.

On Tuesday afternoon, the local sports media met with Brad Ausmus to discuss the start of the upcoming series with the Chicago White Sox. In that meeting Ausmus told reporters that Norris was being activated from the DL but optioned to Toledo and Anibal Sanchez would be getting the start. Fans took this news rationally and calmly.

So we're good with Pelf or Sanchez then Al? Seriously wtf are you doing

This is dumb roster management. So, so dumb.

Norris has pitched better in Toledo than Anibal has in Detroit, but yeah, sure this makes sense. https://t.co/IoX4nnZ9TO

After reading this, I decided to smash my keyboard into my monitor while screaming "WHY BRAD WHY?!?" calmly go about putting together a statistics-filled Twitter rant about all the ways Norris was better than Sanchez. This would be easy! Sanchez is terrible, there's no way he could be deserving of a start, right?....right? And that's where it started.

Almost immediately after pulling up some advanced statistics on Sanchez for his last few games, something stuck out to me. His FIP was actually pretty decent. And what's this, he's not walking many? And his strikeout rate! Oh my, did I just prove that maybe Sanchez isn't as bad as it looks? So I set about starting to try to disprove the popular sentiment on Sanchez. Fans are often very quick to write off a player who struggles early and often and may miss real progress due to bias. Maybe Sanchez IS actually getting better? So after some digging and excel copying, I came up with a solid looking case for showing that Sanchez is on the path to becoming the starter he used to be.

So I was all ready to do a rant on Anibal vs Norris but then I looked at game logs...you guys...in his last 4 starts, Sanchez has a 2.94 FIP

In that same time frame, Norris has a 4.25 FIP between MLB and MiLB

I grouped all of Anibal's games into different parts of the year. First when he was starting in April and May, when he got demoted to the bullpen in June, and his return to the rotation in July. I tabulated it into a neat little chart and produced the following.

As you can see, in the first two months of the year, he was just terrible. An OK strikeout rate, but terrible walks, horrific home run rate, and his FIP was pretty close to his ERA. His batting average on balls in play (BABIP) was at a believable .315, which is consistent with league average (.297 for pitchers)

Next, we have his work in the bullpen. His ERA and FIP both drop, the walks drop to really good levels, no home runs given up, and while the strikeouts are pretty low, his BABIP is again in the range of believability (.317).

And then you get to his last four starts. He has an unsightly 8.41 ERA, but his FIP is 2.94. That's really good. The strikeouts jump to 11.95, the walks are on the higher side of normal, but it's much better than before. His home run rate is very good and much closer to the Sanchez of old.

Ah-ha! Look at his BABIP! .475 is ridiculously high. A very common reason for a high rate of balls put in play becoming hits is bad defense (Tigers have been poor) and plain old bad luck (yep, the Tigers sure do get that too). ERA is often misleading due to bad luck and stuff, so this is totally explainable. There you have it! Anibal Sanchez looks bad on the surface but his peripheral metrics and FIP really show that he's been great but just has been dealing with bad luck! Sabermetric for the win baby!

Did moving Sanchez to the bullpen actually fix him? pic.twitter.com/hsis4ghwGW

@FrogTownTigers His low BB, low HR, and high K push the FIP down. But his 35% LD rate in July suggest it's not luck, he's getting hit hard.

What the heck? Well I mean, clearly his line drive rate is just a function of the high BABIP. The low walks and high strikeouts are real though...right?

@FrogTownTigers striking out 10 Twins inflates his K rate. Low BB because batters are getting base hits. 13.3 H/9 in July is nasty.

And suddenly I was looking up from a statistical pit into which I had fallen. I can't counter argue what was being said. I've made a mistake. Not in the numbers but in what they were saying. I knew what the peripheral stats meant but I didn't dig deep enough. Thus are the many pitfalls of advanced metrics. You know what they say about statistics.

"Statistics. You can make them say anything you want."

Well I wanted them to say that Sanchez was pitching well in his last four games and I made them tell me he was. But there's more. Lets break down what went wrong.

First, there is the understanding of FIP vs ERA.

FIP (Fielding independent Pitching) is a statistic that seeks to evaluate a pitcher based on the aspects of the game he can control which are: walks, strikeouts, hit by pitches, and home runs. It attempts to eliminate events that often can skew ERA, like bad defense allowing hits to drop in, runners scoring after the pitcher leaves the game, and general "luck" factors. You can read more on it here but in general it often proves to be a truer representation of a pitcher's performance than ERA.

However, like all statistics, nothing is perfect and there are exceptions, and caution must be used when applying statistics over small sample sizes. A very high or low number in one or more of the components of the formula can skew the results, sometimes drastically.

In my case, I was looking at a very specific set of data, just four starts from Sanchez since his return to the rotation. In those starts was his game against the Minnesota Twins, in which he struck out 10 batters over six innings, arguably his best start of the year. That can certainly skew some stats, especially FIP, which used strikeouts as a component of its calculation. When you take out the start against the Twins, his K/9 drops from 11.95 to 10.68. That's not a huge drop but it does contribute to the low FIP.

But the biggest misstep was looking at the high BABIP and saying that it was telling me that his FIP was the true reflection of his performance and that his ERA was due to bad luck. While BABIP can be a good indicator of luck or poor defense, it is not the only indicator of such things and there is an easy way to verify this, by looking at the type of hits being put in play. If you look up the batted ball data on Sanchez over this four-game stretch, you see a breakdown of the balls put in place based on simple trajectory: ground balls (GB%), line drives (LD%), and fly balls (FB%).

Here is the telltale sign that I missed. His line drive percent is a screaming high 35 percent. League average is only 20.6 percent. This means that batters aren't getting lucky hits by hitting balls in the right spot or getting a bunch of bloop hits. They are squaring up the balls they put in play and hitting them hard for base hits. A breakdown of batting average by hit type taken in 2014 shows that line drives produce significantly more hits than groundballs or fly balls, which makes sense.

So a high line drive rate will result in a high batting average on balls put in play, which is why his BABIP was so high. This in turn could also explain why the walk rate may be so low. Batters aren't walking because they're swinging and getting hits.

As for the drop in home runs, this is likely due to the fact he's cut his fly ball rate from 45.5 percent to 30percent. His ground ball rate is remaining relatively the same but hitters aren't getting the ball high in the air as much anymore. The bad thing is, like I noted, they are hitting line drives at an alarming rate. So, the conclusion here is, while on the surface, it may have looked like Sanchez had turned things around and was just the victim of bad luck and a lot of hits dropping in, he's actually still not fooling many batters, and his ERA of 8.41 is probably close to believable, because the high hit rate is due to batter making good contact.

So, is there anything positive to take away from this? Yeah, a couple of things actually. His strikeout rate is much improved from the start of the year. And while he is giving up line drives at a staggering rate, he has limited the flyballs, which has cut his home runs. And, when he was in the bullpen, he was able to get his groundball rate up over 50 percent.

I'd say from looking at these initial results, and keeping in mind that we're only talking about a four-game sample size, if he can keep up the strikeouts, there may be something to work with here. And if he can't find way to limit the damage and hard hits over 4-6 innings, he may be best suited pitching out of the bullpen. If he can find a way to carry that strikeout rate to the bullpen, while keeping the groundball rate up, the Tigers could have another Shane Greene type reliever on their hands that can extend their depth in the late innings. And that would be the bomb. 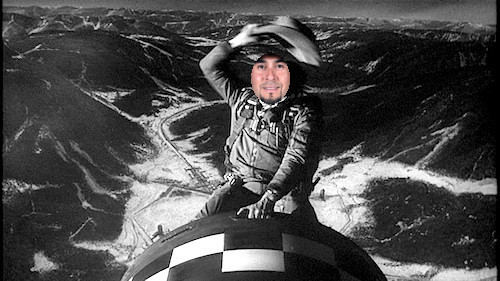